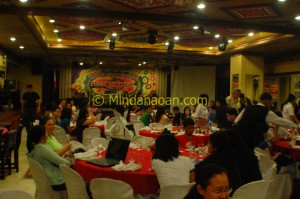 My brother and I attended the Digital Filipino Club and Bloggers Davao City Networking event last October 21, 2008 at the Pantawan Hall of the Casino Filipino branch at Grand Regal Hotel, Lanang. Although it wasn’t really my first time to attend a bloggers event, it was the first time for me to attend one in Mindanao.

My brother and I initially planned to attend the 2nd Mindanao Bloggers Summit in General Santos City (I actually exchanged a few emails with lead organizer Avel) but things just got too darn busy that we overlooked the deadline for registration. Sucks, I know. That’s why we were glad to learn about the Davao networking event. At least we were able to see several Mindanaoan bloggers who will be in GenSan for the MBS 2 and we were able to personally meet 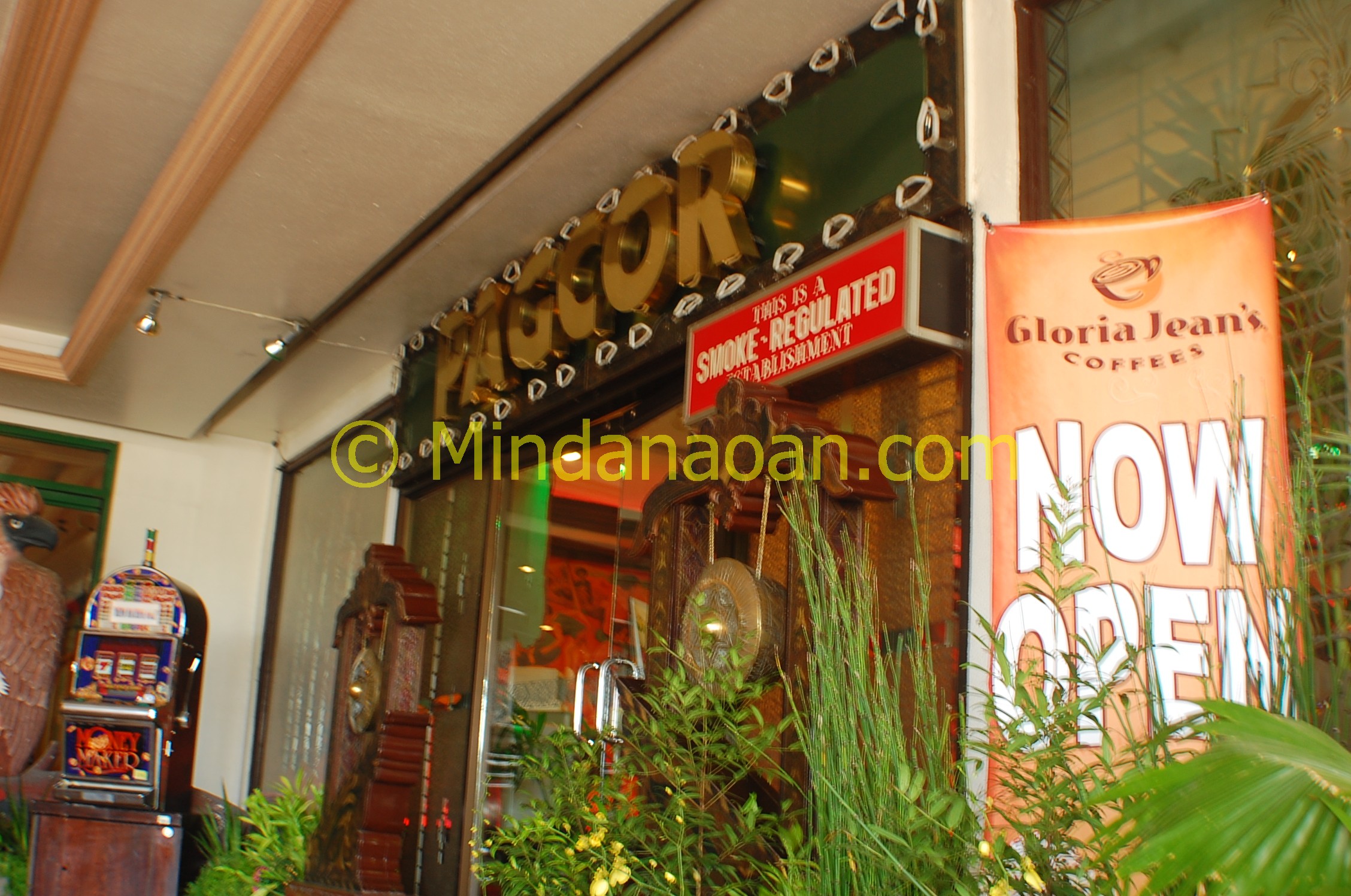 Janette Toral, the very same person who actively lobbied for the passage of the E-Commerce Law (Republic Act 8792) and the person behind Digital Filipino. The fact that the event was going to be held in my hometown Davao City was a major plus, too, as I have not been home since Kadayawan Festival 2008.

We arrived at Grand Regal Hotel past 6 pm, which was all right since the event attendees 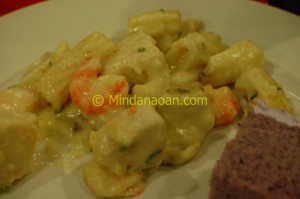 took their dinner first. I opted for a no-rice meal — just cream of mushroom soup, seafood thermidor (which was creamy and buttery – just the way I like it) and a small slice of ube cake.

Actually, food was highly abundant that night (the works — from creamy soup to sweet cakes…yummy buffet! And yes, let’s not forget the lechon!) and drinks were overflowing (what else can you expect from uber generous event sponsor Philippine Amusement and Gaming Corporation (PAGCOR)?) but I just needed to cut back on my rice intake. 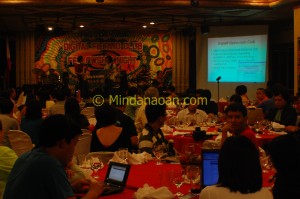 After dinner, things started rolling. Each and every attendee was given the chance to introduce himself or herself and to speak a bit about his or her blog. My brother and I were seated at the back so we managed to listen to a lot of introductions first. As expected, there were some bloggers who stood out (either because they own popular, highly read blogs or because they simply had a fresh, honest way of introducing themselves) and there were some who were too meek to state more than their name and their blog URL (but then again, that’s probably why they have a blog in the first place…for them to remain anonymous and for them to freely share whatever they want in an online platform) When my turn came, I spoke of what I do for a living, of how I’ve been blogging since year 2002, of the fact that I have lots of blogs online, of the fact that I ghostblog as well and of my most recent baby, Mindanaoan. I said that this blog aims to showcase the “real Mindanao” and not the Mindanao that people from other parts of the country want to portray. In hindsight, I felt that my introduction was too darn formal. 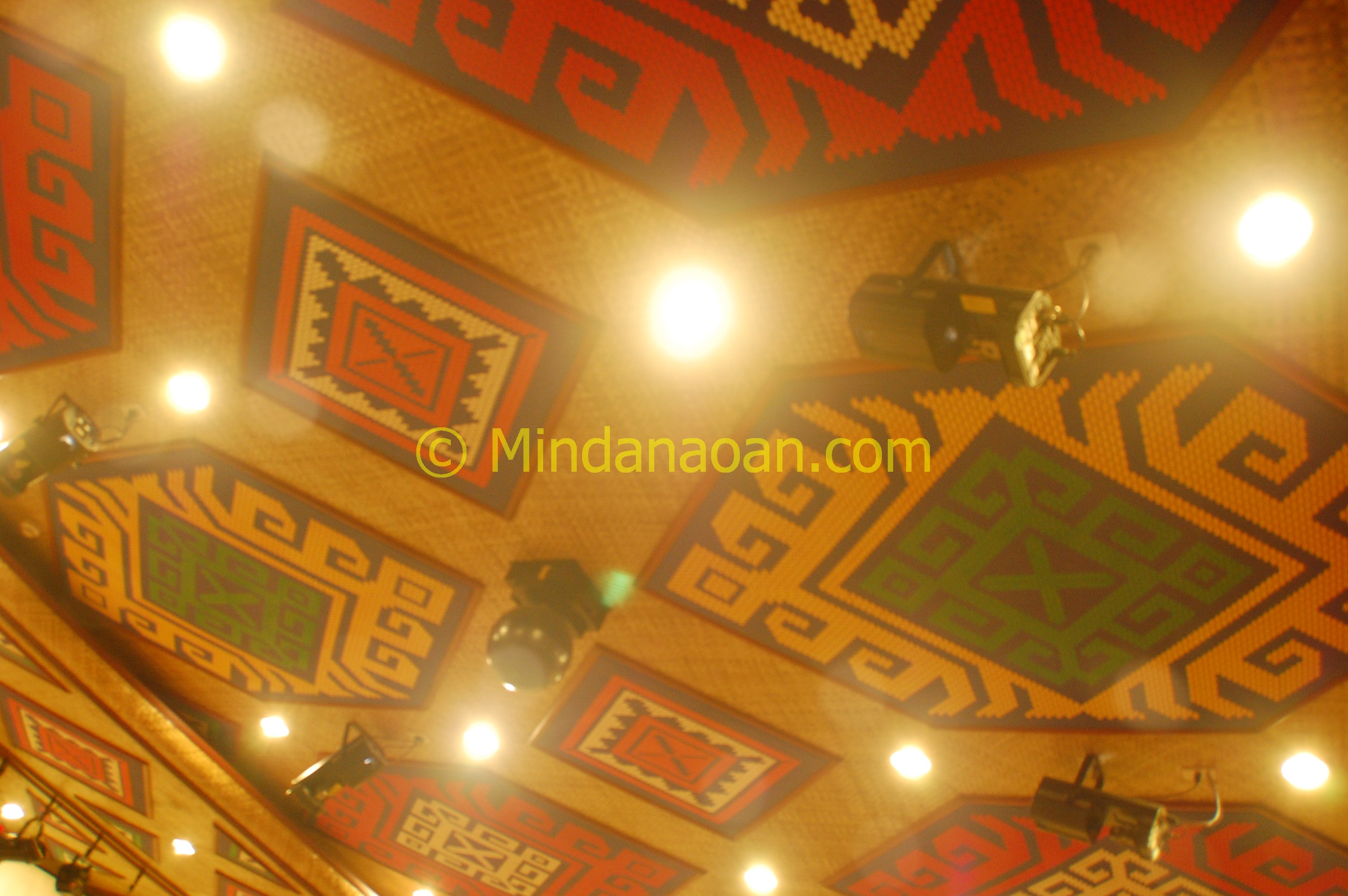 Anyways, after all introductions have been made, we were all welcomed by Miss Janette and by PAGCOR Branch Manager Arthur Malatag. Then, Miss Janette gave updates on the DigitalFilipino Web Awards 2008 undertaking as well as on the DigitalFilipino club endeavors. She also shared Ratified‘s Top 100 Blogs of 2008. It was great to know that a few blogs that made it to the list were created by fellow Davaoeno bloggers. And it was great to know that Ratified is owned by a Davaoeno, too! (Yep, we Mindanaoans rock!)


We also had the chance to view PAGCOR’s updated AVP (all of us got CD copies of the AVP, too).

Much to my delight, PAGCOR already incorporated their planned Entertainment City complex in the AVP. I must admit, I’m looking forward to this reported $20 Billion ala Las Vegas style Pagcor City (which reminds me, I seriously want to watch WANDERS in PAGCOR Paranaque next month during my Manila trip!) 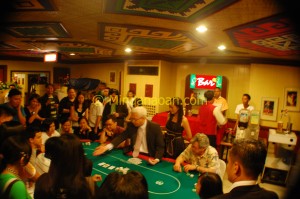 Anyways, after the updates and AVP screening, the networking opportunity began. Needless to say, the bloggers all had the time of their lives taking photos with their online buddies.

I must admit, I wasn’t in my Publicist/PR-mood/mode that night. I felt contented just observing the bloggers and taking a few photos. A mini Texas Hold ‘Em poker game was also held and a live band played on stage. And because PAGCOR was definitely in their generous element that night, beer, wine, iced tea and other drinks were available for the taking.

PAGCOR also sponsored a raffle (the winners received P500-worth of vouchers that they could use as bets at the casino tables) and gave out Double Your Money vouchers like this one on the left. 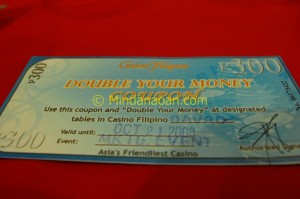 Since the night was still young when the event ended, my brother and I tried our luck at the Casino Filipino slot machines area. I was pleased to see that they now have new machines. They still use hopper slots and coins, though. Anyways, my brother and I both won reasonable amounts of money so that really was a great night (we actually went back the next day and won some more…but that’s another story) 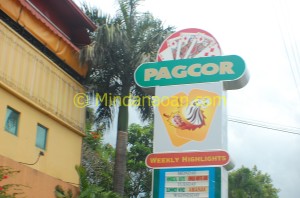 Thank you to Miss Janette for that very pleasant evening. It was nice to see fellow Mindanaoan bloggers under one roof and to finally attend an event in Mindanao! To the PAGCOR management – thank you for your generosity!

More importantly, I’d like to thank the Mindanaoan bloggers who came that night. Because through all of you, I am kept inspired. Cheers!