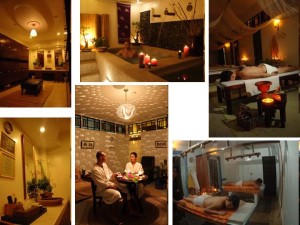 First of all, let me just stress that this is NOT a sponsored post. I just want to share my very good experience over at the Bahia Spa and Wellness Center in Davao City, Mindanao, Philippines. Here’s hoping that my review of the place could help weary travelers, spa aficionados, health buffs and perhaps Dabawenyos who still have reservations with regard to spas and health centers. Please feel free to share your thoughts 🙂

Mindanao, Philippines. It’s near the Davao City National High School and can be found within the Metro Lifestyle Complex, which also houses a Bo’s Coffee Club franchise, a gym (MetroLifestyle Fitness Center), the Krua Thai restaurant Davao branch and a Dermalife Facial and Slimming center. I later learned from my attendant that this Davao spa has been in business for more than 2 years now.

My visit to Bahia Spa and Wellness on a Saturday proved to be quite a treat. I opted for the Tinalak Mystic Supreme Package (which is originally priced at P1,600 but they’re offering 15 percent discount on what they call “pampering packages” these days) as well as for the ear candling service (P650.00 – I was told that Bahia is the only spa center in Davao City that’s offering this type of service. Ear candling is an ancient Egyptian method to safely clean ears. Ear candling also purportedly promoted equilibrium and balance)

The Tinalak Mystic Supreme package (which guaranteed a minimum of 180 minutes of stress-relieving methods) consisted of soaking (I opted for the goat’s milk whitening bath), full body scrub (I opted for the seaweed treatment), full body massage (I had the Bahia Combination) and foot spa with light massage.

My attendant for the day was friendly and really took good care of me. Pity I wasn’t able to get her name. My masseuse for the day, though, was Ara (I highly recommend her!). She also did the body scrub, ear candling and foot spa sessions.

My first stop was at the locker area where I was given a pair of keys, a robe, towel, a pair of slippers and a hanger. The “changing area” was just in front of a large vanity area and the attendant would just roll out the curtains to give you some privacy. The vanity area was clean, had a huge mirror, a couple of stuff such as soap and tissues. And yes, I was also given a pair of disposable underwear.

My attendant and I then proceeded to the shower area. I only took a light shower since I took a bath before I came. The shower stall was a bit small – just enough for you to have that quick shower. I then proceeded to the steam sauna room. I loved it there so much that if I only had the time, I could have spent hours there! I was all alone and the temperature was just right.

Next stop was the jacuzzi. Again, i was all alone so that was good. Interestingly, there was a sign on the wall that said that it was recommended that you soak in the jacuzzi naked – yep, go skinny dipping! I guess there were still people who were either too shy or still preferred to wrap themselves up in towels before dipping in the jacuzzi.

The use of the showers, sauna and jacuzzi were free, by the way. As long as your treatments or packages amount to at least P450, you can use those facilities for free.

So onwards to my first treatment – the body soak. I was led to a dimly lit room that had a huge soaking area (I’m a bit hesitant to describe it as a mere tub – I think it’s safe to say that it’s a soaking area that had tiles) As expected, the soaking area was filled with rose petals and buds. The water and goat’s milk combination was lukewarm – just the way I like it. There were a few lit candles nearby and very soothing music in the background. The soaking session lasted for about 20 minutes and I was given a dry towel afterwards.

My favorite session came next – hydro-therapy. I was made to lie face-down when the showerheads above me burst with lukewarm water. IT FELT TERRIFIC! It felt as if I was under the rain. Actually, the hydro therapy session was timed – roughly 10 minutes, methinks – and the water changed from lukewarm to slightly hot (probably to open my pores or something) to cold to lukewarm again. I loved how the water somehow kneaded my back, my aching shoulders and tired legs. That was really quite an experience.

Next stop was the foot spa area. I was led to a room which had roughly 7 black La-Z-boys. I was offered ginger herbal tea (which I loved since I’m a big fan of salabat!)

Next was the foot spa. Nothing too special except probably for the fact that Ara was really very efficient in her work. You would really know that she’s a professional and you would really feel that she treats every customer carefully.

My last treatment that day was the full body massage – the Bahia Combination, to be exact. A combination of Swedish and Thai massages. I was given the “hard massage” – my body ached during the first few minutes but boy was it really worth all the pain! My sore muscles were stretched, kneaded and chopped – just what I needed!

All in all, I think my Tinalak Mystic Supreme pampering package at Bahia Spa and Wellness lasted for a little over four hours! It really was worth every penny, in my opinion. My entire body felt so good, I felt so sleepy after my treatments. Good thing there’s a Bo’s Coffee Club next door (where I got my white chocolate coffee and pasta!)

In fact, as soon as I arrived at my hotel room, my mom (who was traveling with me) said I looked so refreshed and that my cheeks turned pinkish. Yep, that was how much I enjoyed my treatments over at Bahia Spa and Wellness Davao City.

I give Bahia Spa and Wellness a 9 out of 10. The remaining 1 is for the little things I noticed during my visit – one shower stall had an “Out of Order” sign, the ceiling and walls at the jacuzzi area needed a fresh coat of paint, the towels needed to be replaced, some of the candles should be replaced as well (there were supposed to be 3 candles at the soaking area but the two small ones went out halfway through my treatment) and I felt that the pair of slippers given to me have seen better days.

* This is not a sponsored post…but hey, I’ll be a happy bee if I get a gift certificate soon! Paging MetroLifestyle! 😀 *