Muziklaban 2009 na! The much-awaited Red Horse Muziklaban 2009 is bigger and better this time around. Muziklaban is an annual rock band competition wherein the winning band gets the chance to win, among others, P1 Million. The Red Horse Muziklaban Rock Challenge 2009 is now open for registration and various audition opportunities are slowly kicking off. In Bukidnon, Mindanao, for instance, the auditions will be held on July 24, 2009 at Sir Edward’s Grill and Restaurant, Malaybalay City.

Now I know that there are a lot of Pinoy amateur bands out there that want to try out for this year’s Muziklaban Rock Challenge so I’m posting a copy of the Muziklaban 2009 mechanics here in Mindanaoan. Hope this helps: (for a better view, I suggest that you download this) 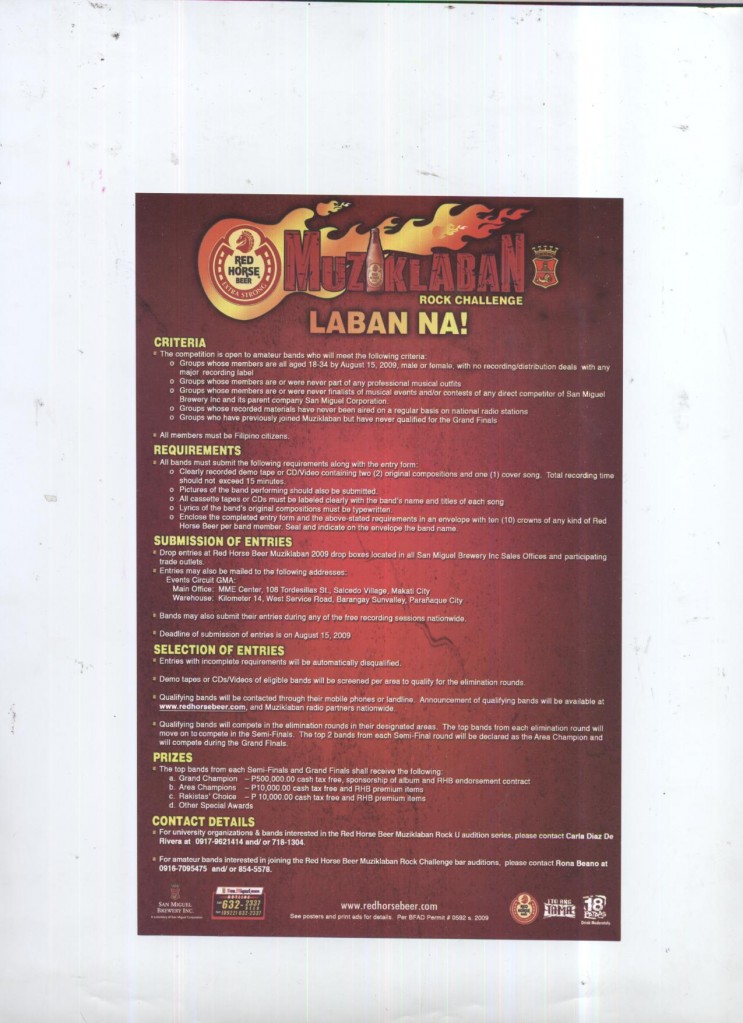 Mindanaoan also managed to get a copy of the application forms for the 2009 Muziklaban competitions. Here it is: 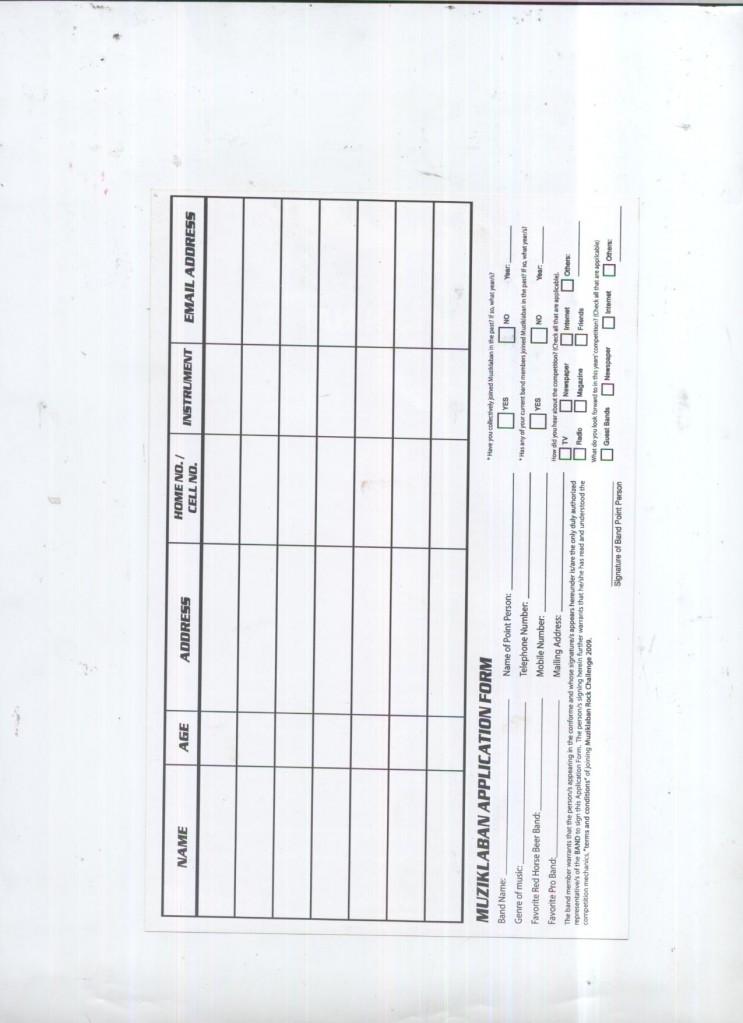 Hope these forms for the Red Horse Muziklaban 2009 helped!

Please don’t forget to SUBSCRIBE TO MINDANAO (click, click, click!) as a way of thanking me for posting this ha? 😉 By subscribing to Mindanaoan, you also get to be regularly updated with what’s what and what’s new in Mindanao including events, job openings, news, commentaries, photos et al.

Thanks and to those who will join the Muziklaban 2009 competition this year, good luck! 🙂