Next stop: Mindanao! After doing the rounds in Quezon City, Tacloban and Cebu City, the colorful Register and Vote (RV) bus is now set to visit Cagayan de Oro City, Mindanao! On July 30, 2009, the RV bus, which symbolizes the Register and Vote (RV) Campaign, will tour around CDO in the hope to draw out around 5 to 9 million Filipino voters for the May 2010 elections. And not only that — the presence of the RV bus and its “RV drivers” led by Senator Francis “Kiko” Pangilinan will also signal the start of the much-awaited Cagayan de Oro leg of “Rock The Vote” — a FREE concert featuring various artists.

The RV Campaign aims to empower especially the first-time voters, encourage political participation among disenfranchised Filipinos and strengthen democratic processes for good governance. The RV Campaign is also a collaborative effort among progressive public servants, youth leaders and reform advocates that believe in the power of the vote to challenge “politics as usual.”

According to the RV Campaign organizers, young Filipinos aged 35 and below will comprise 54% of the voting population. Around 5 million of them will be first time voters. Hence, the need to step up the drive for people to register and exercise their right to suffrage.

Meanwhile, the “Rock The Vote 2009” FREE concert in Cagayan de Oro City Mindanao will be held on July 30, 2009, 6PM at the Xavier University Gymnasium. The concert will feature popular bands Hale and Spongecola, crooner Luke Mejares and other surprise guests.

Everyone especially the youth are invited to come!

By the way, if you wish to take part in this event as a BLOGGER or if you and your organization/group wants to be at the event, please don’t hesitate to CONTACT MINDANAOAN. Don’t forget to include your full name, name of group/organization and contact details.

After the CDO leg, the RV bus will then visit Zamboanga City on August 28, 2009. Stay tuned for more details. Please don’t hesitate to bookmark this page for updates or better yet SUBSCRIBE TO MINDANAOAN 🙂 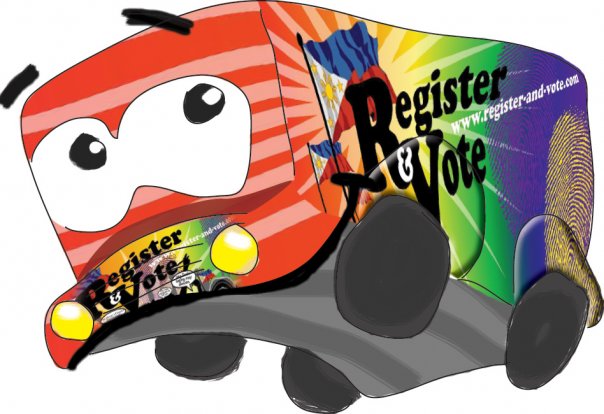