This controversial picture has been doing the rounds online today (this has been shared and re-shared through Facebook and blogs) but just in case you didn’t get to see this, here’s one major faux pas courtesy of broadsheet Manila Bulletin. Manila Bulletin “killed” President Gloria Macapagal-Arroyo! What do you think of this and what do you think will happen to the section editor of Manila Bulletin? Check out the photo found in this entry.

Notice the caption: “With utmost care. Military honor guard carefully moves the coffin of President Arroyo out of the Manila Cathedral.”

The controversial Manila Bulletin photo was published in the early edition, page 20. However, I was told that the section containing the picture was promptly removed from the newspaper sets distributed in Visayas and Mindanao.

Ever since I spotted and shared this photo online, a lot of people have expressed their opinions. Some found it absolutely hilarious, some found it sad while some found it mere human error on the part of the Manila Bulletin section editor. I wonder if the section editor will get the boot or will he or she just be reprimanded?

WHAT DO YOU THINK? 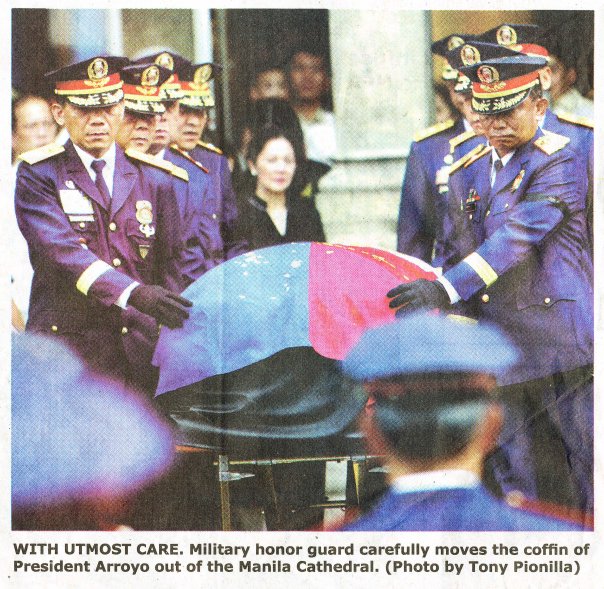