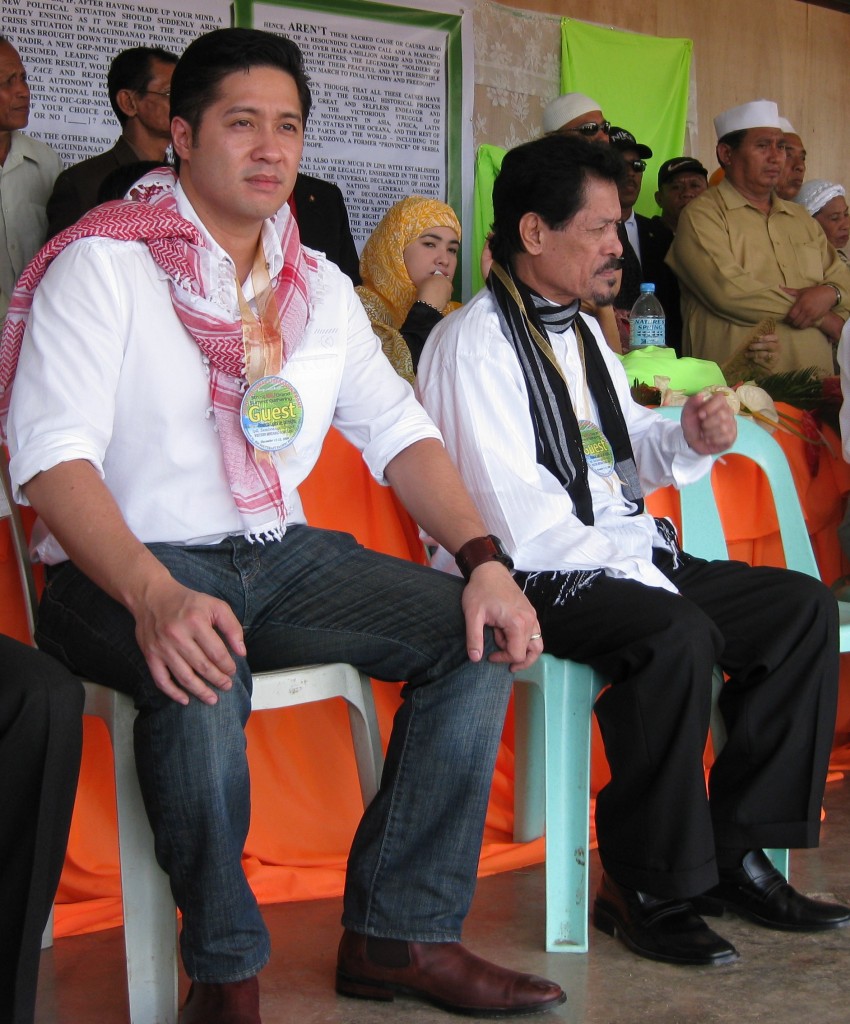 Hundreds of MNLF members came (a lot even came down from the boondocks just for the event) that the local army reportedly got a bit alarmed. Thankfully, authorities understood what the event was for. It was, after all, a peaceful meeting among Bangsamoros.

The 5th National Bangsamoro Consultative Assembly aimed to obtain, through “shura” or Islamic consultation, the pulse of the Moro people regarding the peace talks between the government and the MNLF.

Which makes me think — was Misuari’s invitation already considered an “endorsement” for the candidacy of Tamano?

In his speech, Atty. Tamano encouraged the MNLF commanders and leaders to follow the path taken by Misuari, a former rebel, and struggle for justice for the Moro people by using only peaceful and democratic means. Tamano also expressed his belief that if all the Muslim tribes – Maranao, Iranun, Tuasug, etc. – would unite for the Moro cause, then no challenge against the Bangsamoro nation wouldn’t be overcome.

Tamano also made it clear that he attended the assembly not as a senatorial candidate but as a Filipino Muslim and a proud member of the Bangsamoro.