Thanks to Manila-based blogger Azrael, Mindanaoan was given the chance to attend the advance screening of the much-talked about horror flick, “A Nightmare on Elm Street.”

Made possible by SM Cinemas, the advance screening of “A Nightmare on Elm Street” was also sponsored by Warner Bros. Pictures and Magic 89.9. Check out the cool invitation that I received: 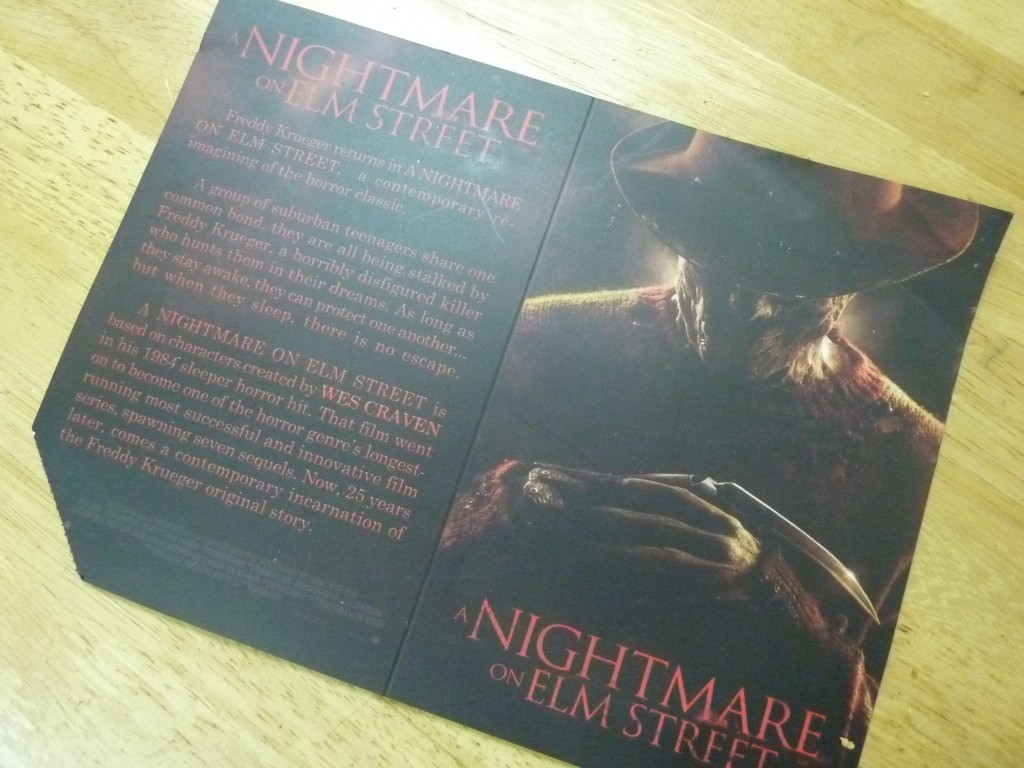 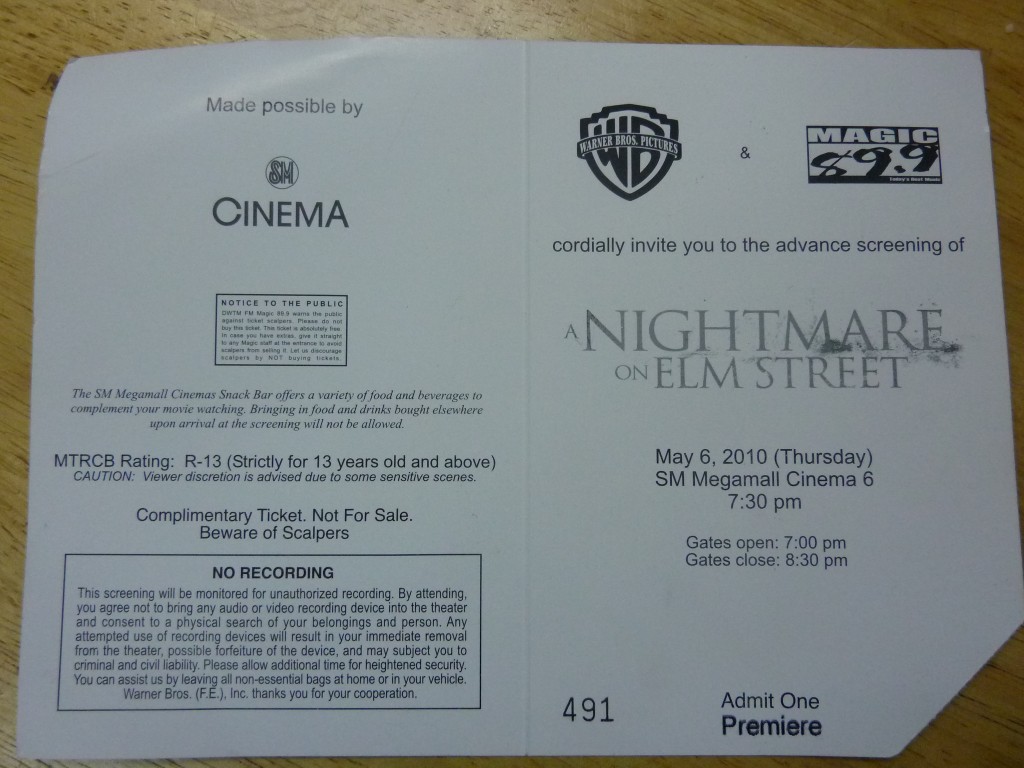 I arrived at SM Megamall Cinema 6 a little past 7 pm. Thankfully, the moviegoers were still outside the theater so I took that opportunity to buy some popcorn and iced tea. Not long after, a Plurk pal named Erlyn arrived (yep, it was a Plurk meet-up of sorts 🙂 ) and we sat alongside one another – wishing that the movie won’t scare us too much!

By the way, if you have a Plurk account, please don’t hesitate to add me up HERE. If you have Twitter, on the other hand, follow Mindanaoan HERE.

I must admit, I thought that the storyline of “A Nightmare on Elm Street” will somewhat be predictable. After all, don’t most, if not all, horror thrillers start and end the same way? Most thrillers just follow the “shock and awe and induce spine tingling screams” formula.

Thankfully, “A Nightmare on Elm Street” was not all that.

Somehow, the film made me think and it touched on a socially relevant issue. Of course, you have to watch the film for you to know what I mean 🙂

This horror thriller revolves around the characters of five teenagers including Nancy (portrayed by Rooney Mara of “Urban Legend: Bloody Mary”) and Kris (played by Katie Cassidy of “Taken”). The five seem to share the same dream – of the same man wearing a red and green striped sweater and a fedora. The man has a “burnt and melted” face and a glove with sharp knives for fingers.

The man’s name is Freddy Krueger.

Freddy Krueger haunts the five in their dreams and soon after, the five realize that the pain and terror doesn’t end in their dreams. Something more bizarre and frightening happens to them when they’re asleep and their only way to survive is to WAKE UP.

However, what if NO ONE is around to WAKE them up? What if there’s a deeper reason as to why Freddy Krueger has to hunt them down and invade them through their dreams? Why is Freddy Krueger after them and how do you stop a dangerous man who can kill you with just a snap of very sharp knives that serve as his fingers? How do you stop a man in your dreams?

These are the questions that will run through your mind as you watch “Nightmare on Elm Street” and believe me, you will have a screamin’ grand time.

Watch “Nightmare on Elm Street” – don’t hesitate to bring your friends. This is one film that you would want to watch with other people — just in case you fall asleep and meet Freddy in your dreams!

“A Nightmare on Elm Street” is presented by Warner Bros. Pictures in association with New Line Cinema.

P.S. The movie is strictly for 13 years old and above.