Only one Mindanaoan made it to the coveted list of the senatorial candidates who will receive the support of the reported 5-million strong Iglesia Ni Cristo (INC).

INC is reportedly the biggest religious sect in the country that observes bloc voting. Reportedly, non-compliance to the voting preference of the leadership is considered a sin that is punishable by expulsion.

Meanwhile, can you guys still remember this? How fast time flies, no? Yes, believe it or not, Guingona used to be a part of the Nacionalista Party and he used to be one of NP standard bearer Sen. Manny Villar’s boys. 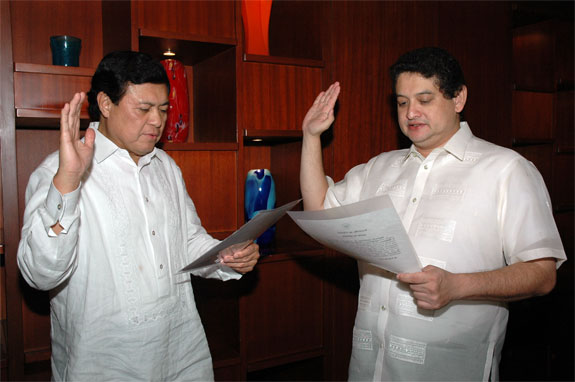 And wasn’t it just yesterday when Guingona said that he won’t join the Liberal Party?

Now, not only is he part of the Liberal Party, he’s also one of the staunchest advocates of the LP’s favorite line “Kung Walang Corrupt, Walang Mahirap.”

I wonder what his constituents in the second district of Bukidnon have to say about all of these developments. I have personally asked a lot of his constituents and many aren’t too pleased with his “not exactly stellar” performance in his own jurisdiction. Not a few mayors in Bukidnon have also expressed their dismay over Guingona’s slow extension of support for their projects. Reportedly, Guingona often reasoned that he didn’t receive funds on time because he was “part of the opposition.”