Before I do share the AMAZEBALLS and fantabulous thing that happened to me and my lucky stars that night at Resorts World Manila, let me rewind a bit.

So remember I recently attended Wordcamp Philippines 2010, right? A few days before my flight from Cagayan de Oro to Manila, I found out that some CDO Bloggers (Jacq, Cherry and Venus) will also stay in the same hotel where I will be billeted…and we will be on the same flight! So that put me at ease somehow.

On the day of my our flight, I woke up really early. I had a good 4 hours before boarding time so I decided to laze around the house, surf the web, watch TV…in other words, I became too freakin’ lax for my own good. What happened next was a disaster. I was so late for my flight that I was still in the middle of a traffic jam on the very minute the check-in counters were supposed to close. So I immediately called Venus and asked her if there was any way she can check-in in my behalf. It was a long shot but worth a try. Unfortunately, she sent me a text message after a few minutes and said that it was not possible daw but dyandyaraaannn…there was a ray of hope: THE DAMN FLIGHT WAS DELAYED!

So I begged the taxi driver to summon all driver gods and take me to the airport pronto! As soon as I arrived at the airport, I ran for dear life and even LEFT all of my baggage at a corner near the x-ray baggage machines and sped off to the check-in counter. I was probably so flushed that the lady at the counter gently told me, “Ma’am, kalma lang po. Delayed man ang flight.”

So I went back to get my baggage (the airport personnel figured out as much that I was probably super late that’s why I merely sped past them haha), had my stuff checked in and then eventually saw the other bloggers at the pre-departure area. Strike 1.

Eventually, during the course of our conversations, I found out that Jacq, Venus and Cherry barely have had the chance to tour Manila. So, as the ever helpful me (ahem ahem), I offered to tour them. One of the places I brought them to was Resorts World Manila at Newport City, Pasay (it’s the new complex right in front of the NAIA 3 Terminal or better known as the airport for Cebu Pacific flights) Resorts World Manila is also the home of Maxims Hotel – the country’s only 6 star hotel.

And so we went. They got their FREE membership cards. Each membership card already comes with a free P100 worth of credits. So since all 3 haven’t tried playing at a slot machine yet, I accompanied them and taught them how. 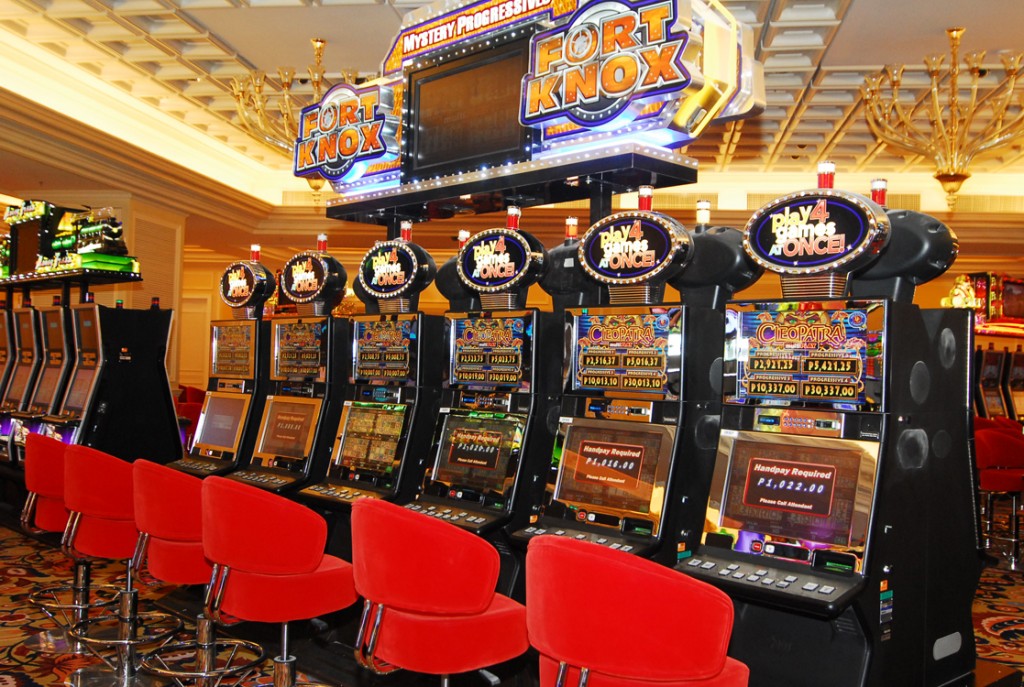 While waiting for them to finish off their credits, I decided to play as well. I placed P500.00 in the machine. Wasn’t lucky during the first few minutes. I later only had about P300 left in my card.

Then all of us decided to have some cocktails at Bar 360. I had a mai tai, Cherry had iced tea and Venus and Jacq tried blue margaritas. We loved watching the Maximus act that night (I’ve actually watched this act so many times but I never get tired of it :D)

Then, we realized that it was midnight and that we had to get some shut-eye. I told the girls that they accompany me to the nearest slot machine whilst I play off the remaining credits in my card. So we went to this machine just a few feet away from Bar 360.

What happened next was pure luck.

I pressed the wrong button. Instead of betting only the minimum amount, I instead pressed the MAXIMUM BET button *GULP

Jacq, Venus, Cherry and I were screaming our lungs out! Even the lady playing at a nearby machine was so surprised with what happened!

I PERSONALLY WAS SO SHOCKED THAT I HAD TO CONVINCE MYSELF OVER AND OVER AGAIN THAT YUP, IT WAS HAPPENING AND THAT IT WASN’T A DREAM LOL

Who knew that one wrong push of a button would means super duper luck?

We quickly cashed out and stared happily at all the cash haha! If only it was allowed to take photos inside a casino, the 4 of us would have probably taken jump shots LOL

I then treated the girls at a nearby coffee shop chain for meals and coffee. Paid our fare back to the hotel and dyandyaraannn…I also treated all of them to IMAX tickets at SM Mall of Asia 🙂 We watched “Legend of the Guardians: The Owls of Ga Hoole.”

So there. That’s the story of my ultra lucky night at Resorts World Manila! WOOT WOOT! 😀

*photo used in this entry courtesy of RWM