The first time my friends and I watched PO5 (Party on Five) live, we all trooped to a studio in Marikina. During our second visit just a few days ago, my friends and I went to Broadway Centrum along Aurora Boulevard, the same studio complex where the longest noontime show in the Philippines is also aired from Monday to Friday – “Eat Bulaga.” PO5 does not use the same studio, though. It uses the one adjacent to the “Eat Bulaga” studio. For the uninitiated, by the way, PO5 is Channel 5’s Sunday noontime variety show, their answer to ABS CBN Channel 2’s “ASAP” and to GMA 7’s “Party Pilipinas.” Among its hosts are Richard Gomez, Lucy Torres, John Estrada, Wilma Doesnt, Alex Gonzaga, Danita Paner and…be still my heart…Kean Cipriano 😀 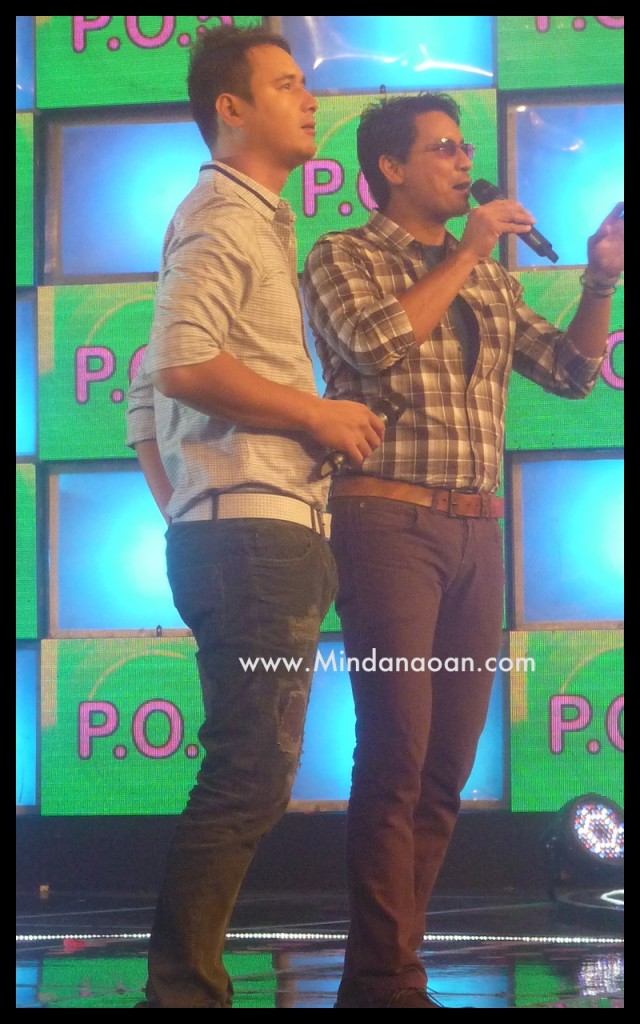 Now before all the KeaLex (fans of the Kean-Alex tandem) members criticize me, let me just say that I am just one of Kean’s many fans. Like I said in my previous post, I got the chance to meet him the very first time when I was hired as an event organizer of a Callalily concert a few years ago. Fast forward 2010, I accidentally found out that one of the lawyers in the same firm where a former senatorial candidate-friend of mine was a partner was also actually Kean’s uncle! Yikes 😛 So after shrieks and screams, Atty. John (Kean’s uncle) then managed to tease me and asked me if I wanted an autographed 8×10 photo. Well, you can most probably guess by now what my answer was 😛

Anyhoo, back to my kuwento about PO5…LOL…(geez, do I easily get distracted these days! *sigh)

My friends and I went to the studio a little past 12 noon. Now before I go any further, I need to disclose a little something 😉 My friends and I had very special “passes” so entering the studio was a breeze. If you want to watch PO5 live right from the studio, though, you need to be at Broadway at least by 10 a.m.

Here are some of the photos I took using my trusty Lumix:

This blogger from Mindanao would like to thank Sharon, Jay and the rest of South Border for the wonderful treatment (as always!). Daghang salamat 🙂

By the way, for Kean Cipriano fans, I have a separate blog post featuring photos of the man we all like! 😀 I’ll update this post as soon as I already have the link to that blog post 🙂