Let’s take a breather from my Singapore Chronicles series of blog entries, shall we? Right now, at this very minute, I’m actually taking a break myself. Taking a break from packing my clothes, preparing my documents and checking (and re-checking) my to-do list. And for some reason, amid all the chaos, I am now rather becoming a little bit sentimental. I can’t help it. I become mushy whenever I think of my beloved fun and funky family 🙂

Come to think of it – in the past year alone, so many things have happened to me and my family.

First off, we finally moved to our new home! It’s smaller than the previous one we lived in for years but at least this one’s ours! Woohoo! 😀 I was so excited that I shouldered the special landscaping for our front yard. Never mind if it shaved a lot off my savings. A home is a home and there’s no better investment than a home 😉 Then, my brother, who used to be based in Cebu City, decided that he needed a change in careers (and location). So, after two years of not spending the holidays with us, he finally bid Cebu goodbye and spent New Year’s Eve at home. He now wants to try his luck in Singapore. Then, my mother, who used to be such a technophobe, got so inspired after I organized the first ever blogging workshop in the Province of Bukidnon that she’s now a full pledged blogger herself! She’s now also busier in her job than ever and she also got a parcel of land just a few kilometers away from our new home. Not to be outdone, another one of my brothers is now an expert in videography (he has even taught me and our cousins some tips and tricks on the art of shooting 😉 ) while my youngest brother now has his very own photography headquarters and photobooth business. Plus my family and I now have a new, modest vehicle 🙂 It’s been years since we last owned one! The vehicle is just a few weeks old so all of us are still pretty hyper about it 😀 Truth be told, the moment all of us rode the vehicle for the very first time (with my youngest brother at the helm, imagine that!), I know for sure that each and every one of us felt love, happiness and warmth. There’s just nothing more special than love, respect and care from your family.

And speaking of love and care, guess who I turned to when I had an uber special guest during the Kaamulan Festival 2011?

You guessed it – my fun and funky familia! 😉

You see, I invited the Malaysian Ambassador to the Philippines Dato Seri Dr. Ibrahim Saad and his wife Datin Seri Dato Zainab Kader to witness the only authentic ethnic festival in the Philippines and they readily accepted my invitation! By the way, the Kaamulan Festival visit of the Ambassador was THE VERY FIRST IN THE HISTORY OF BUKIDNON! And my family and I made it happen!!!

Of course, my mom and three younger brothers were my main supporters and they all readily helped me during the Ambassador’s 3-day stay. Everyone had a role — my mom was my “right-hand” person (and who was also in-charge of fixing the ambassador’s visit to the Bukidnon State University), one of my brothers was in-charge of security, another one was the “advance party” to the areas where we’re supposed to go next and another brother was, but of course, the official photographer. 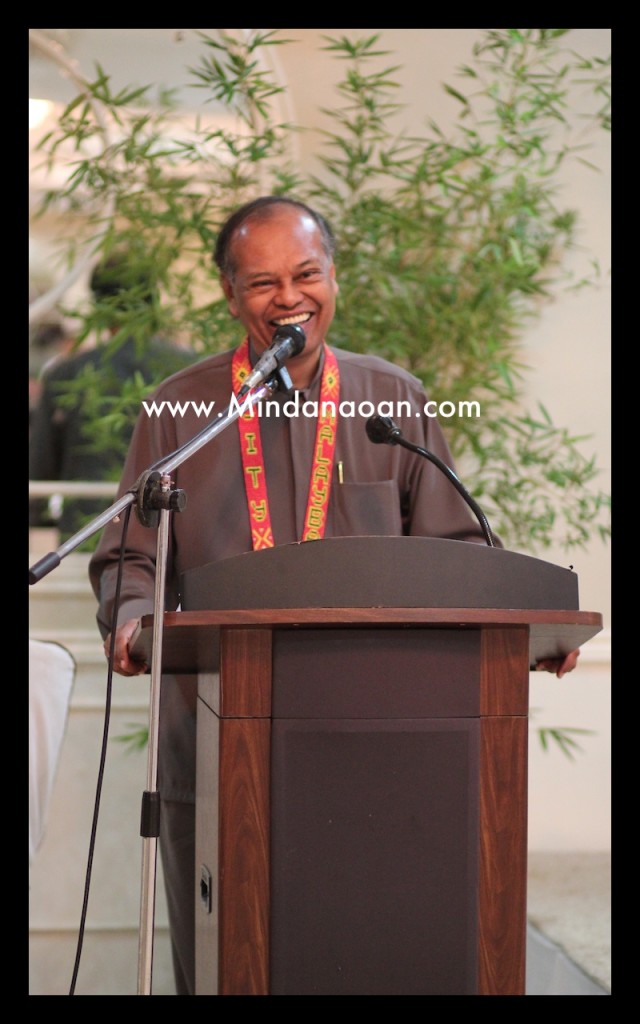 That visit was really a big deal especially since it was a social, private visit and because like I previously mentioned, it was the very first time that an ambassador witnessed the Kaamulan Festival. He even danced during the Piniliyapan Hu Bukidnon! 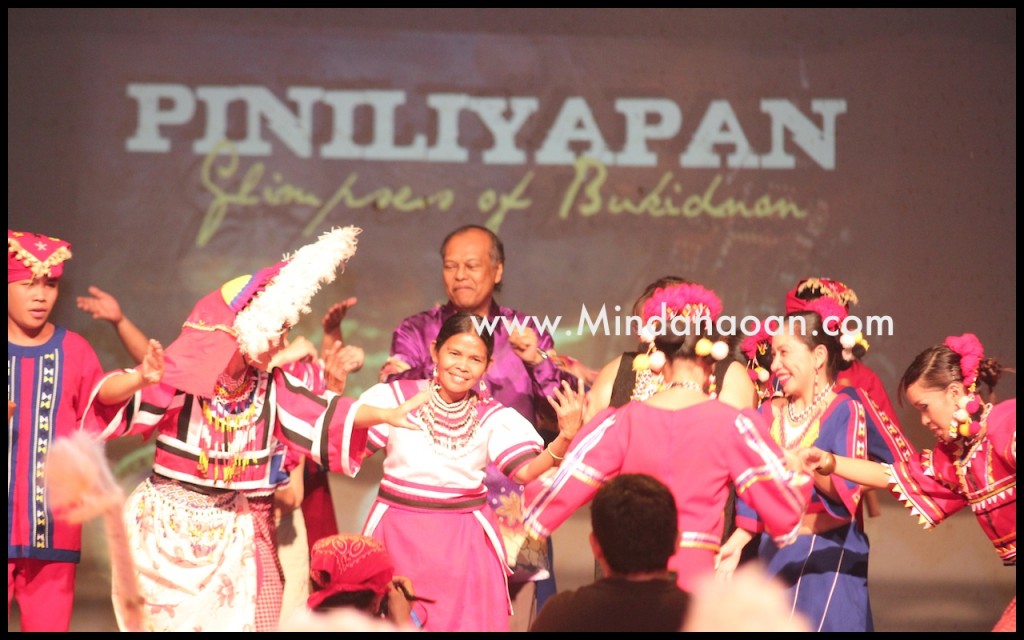 The Ambassador and his wife were accompanied by the Embassy of Malaysia’s first and third secretaries and their respective wives plus the Vice Consul from the Consulate Office in Davao City.

And because it was really a big deal that SOMEONE LIKE ME (who, by the way, has no affiliation whatsoever with the government but is blessed with many friends who have connections 🙂 ) was able to bring an ambassador during the Kaamulan Festival, Malaybalay City Mayor Inaki Zubiri and his cousin, who happens to Philippine Senator Migs Zubiri, readily agreed to host a welcome dinner for him and the rest of the Malaysian delegation. During the dinner, the top city government officials were there – from the city vice mayor to the city council members to the department chiefs. 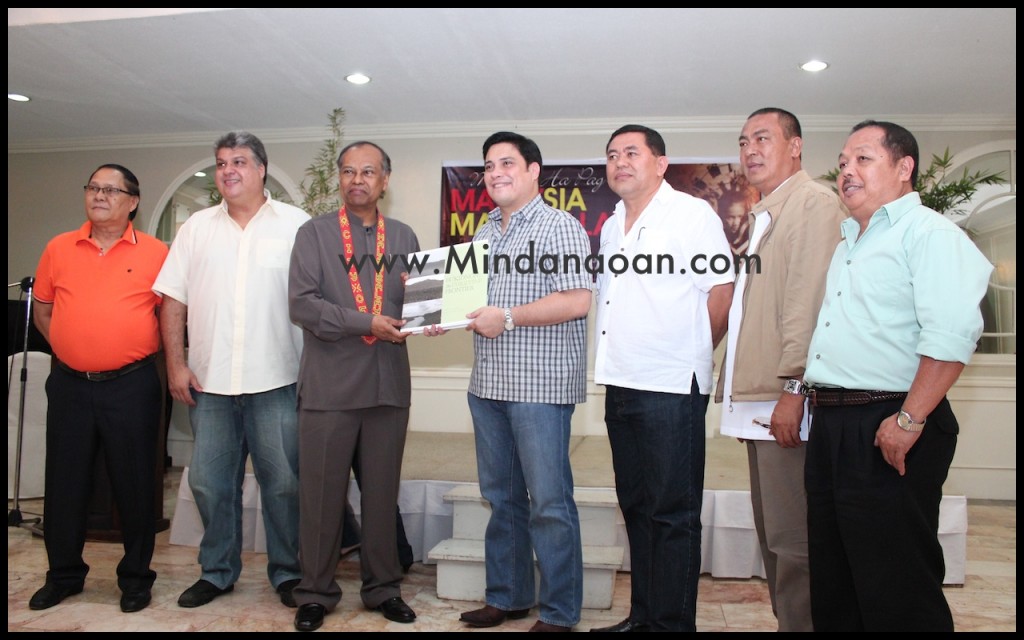 That night was really very special. The succeeding days were even more special – the ambassador was able to visit the university, meet the university president, witness the Kaamulan Ethnic Street Dancing Competition, assist in the awarding of prizes to the winners of the said competition and visit the Transfiguration Monastery 🙂 The ambassador’s wife and my youngest brother even shared a simple birthday lunch!

I could say that that 3-day visit was a defining moment for me and my family. It truly was an honor and such a privilege for us to be able to invite someone of that stature, bring them to a province that has never seen the attendance of an ambassador during the big annual festival before and make the entire stay as memorable as possible. And of course, I would have never done it without the help of my family.

So yes, you can definitely say it has been one amazing year for me and my family! 🙂

And with all the great things that are happening for me and my family, I would so love to share the photos, videos and kuwentos with the rest of our clan (we have relatives all over the world and in various parts of the country) and with all of you, my dear Mindanaoan.com readers!