This Oscar De La Hoya apology, which I personally followed via Twitter, comes after Top Rank CEO Bob Arum reportedly said that if only De La Hoya and Richard Schaefer of Golden Boy Promotions merely extended their apologies to Manny Pacquiao, the Mindanaoan boxer may just consider recalling the defamation case he filed against them. 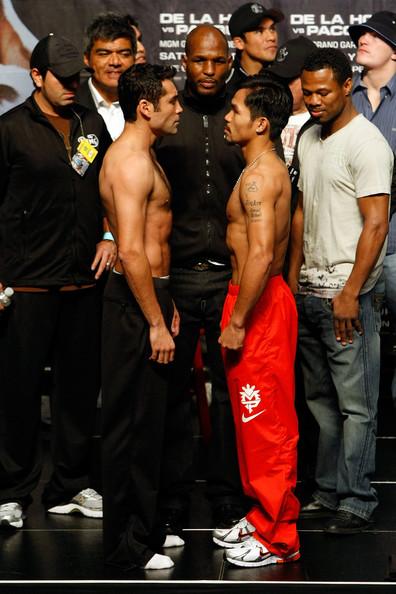 Arum was once quoted as saying that if Oscar dela Hoya and Schaefer want to withdraw the defamation lawsuit filed against them by Pacquiao, they just had to extend their sincerest apologies.

And now, Oscar De La Hoya has made the first move…via Twitter, of all places. He apologized not only to Manny “Pacman” Pacquiao but also to Bob Arum.

“Dear bob arum first I would like to humbly apologize for any pain I have caused to u and or ur family.”

“To manny paquiao for any wrong doing in my part.you are a great champion.I have realized that by accepting my mistakes everyone around me…”

“Will hopefully forgive me.with great humility I ask we work together for the good of the sport we dearly love.It is not fair to the fans…”

“And to the fighters.so today let’s move forward and put on the best fights possible and show the world what we are capable of doing.”

You can read all of Oscar De La Hoya’s apologetic tweets on his official Twitter page.

Personally, I hope Oscar De La Hoya’s apology is sincere…for the good of his career, reputation and for the sport of boxing as a whole.