My third trip to Hong Kong happened just a few days ago, thanks to Airphil Express.

I love coming back to Hong Kong! Apart from the fact that we Filipinos don’t need a visa to enter Hong Kong, this top Asian food and shopping destination always offers new and exciting things to do and discover for tourists. Hong Kong has a super efficient transport system, offers fascinating food, has a number of picture-perfect tourist spots and irresistible shopping sales!

Now my most recent trip to Hong Kong was a pretty extra special overseas trip because:

1) it was the inaugural flight of the much-awaited Airphil Express Cebu to Hong Kong route (woohoo!)
2) it was a trip that was also made extra special by the Hong Kong Tourism Board
3) it was a trip where three other bloggers (Edcel of SoloflightEd, Estan of Langyaw and Sinjin of Libotero) and I (of Mindanaoan, thank you very much :D) sorta-kinda represented the Philippine media (because we were the only media practitioners invited! Bongga, no? Oh yes, haba ng hair moment yun :P)
4) it was a trip that was not necessarily dictated by a to-be-followed-down-to-a-T itinerary and

So, yes, the invitation to join the Airphil Express Cebu to Hong Kong maiden flight was pretty difficult to turn down 🙂 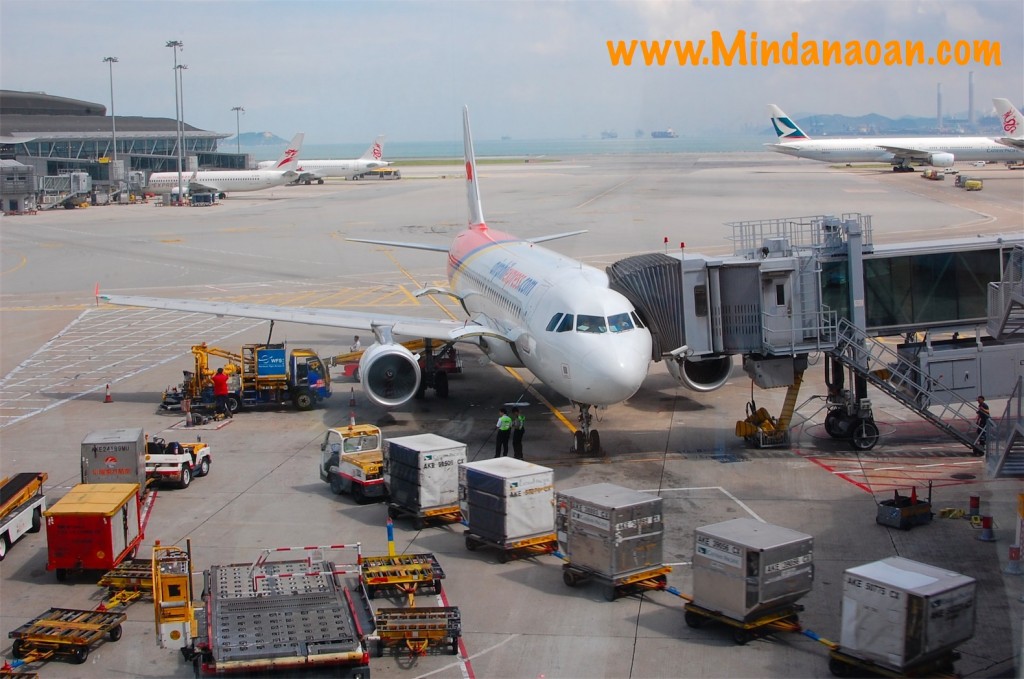 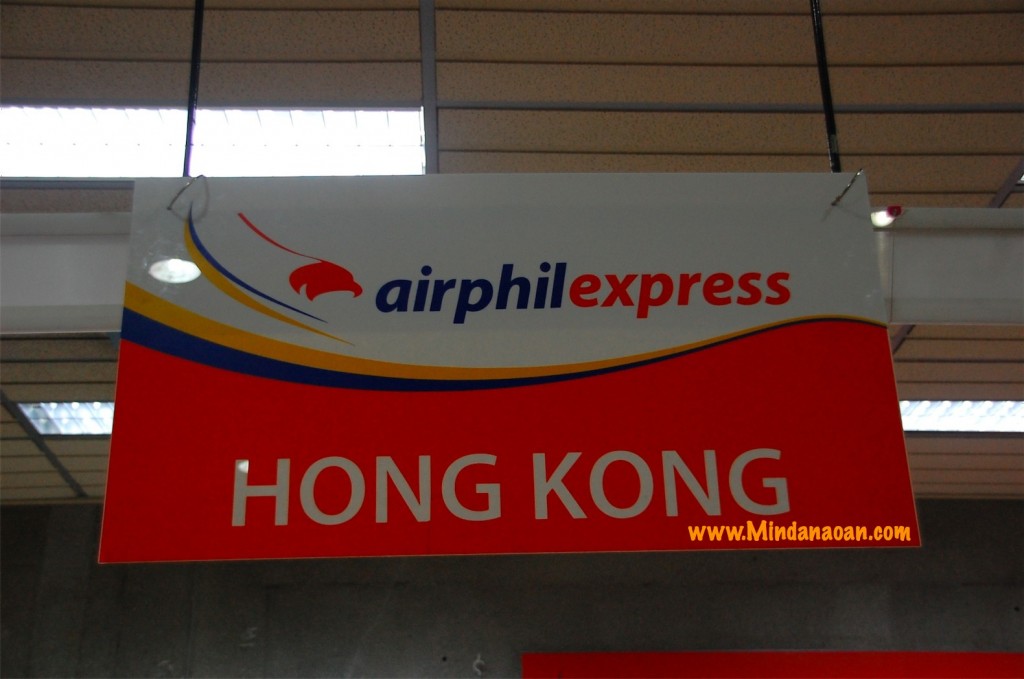 The historic Airphil Express Cebu to Hong Kong maiden flight happened last July 28, 2011. Since the flight was at 7:05 AM, I had to fly a day prior. I flew from Cagayan de Oro City to Cebu City a day before the big Cebu to Hong Kong trip (aboard Airphil Express, of course!). I was billeted at the luxurious Movenpick Resort and Spa at Mactan, Cebu (the former Hilton Cebu). I will write a review about Movenpick Hotel Mactan in a separate post.

We arrived at the Cebu Mactan International Airport at around 5 AM. This was what welcomed us: 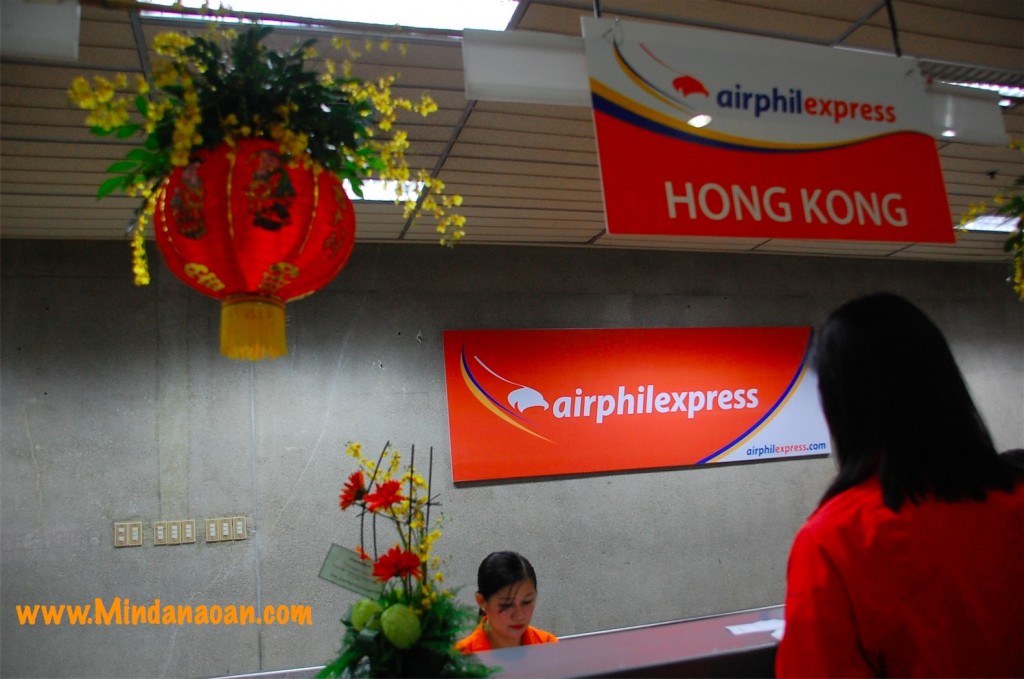 The section of the airport where the Airphil Express check-in counters were was festooned with Chinese paper lamps and flowers. After we passed through immigration, we all then proceeded to Lounge Number 6 where a short program took place. The big bosses of Airphil Express welcomed the passengers of the first ever Cebu to Hong Kong flight and gave messages. They all agreed that the Cebu to Hong Kong route was very promising especially since Cebu, as we all very well know, is home to a lot of great tourist spots, glorious beaches and big businesses.

A lion dance, a hearty breakfast (I just couldn’t help but have a cup of the delicious tsokolate!) and a fun pinata-style giveaway later (where the prizes included a round-trip ticket!), we were all too ready to bid Cebu adieu and ride the new Airbus 320 to Hong Kong! 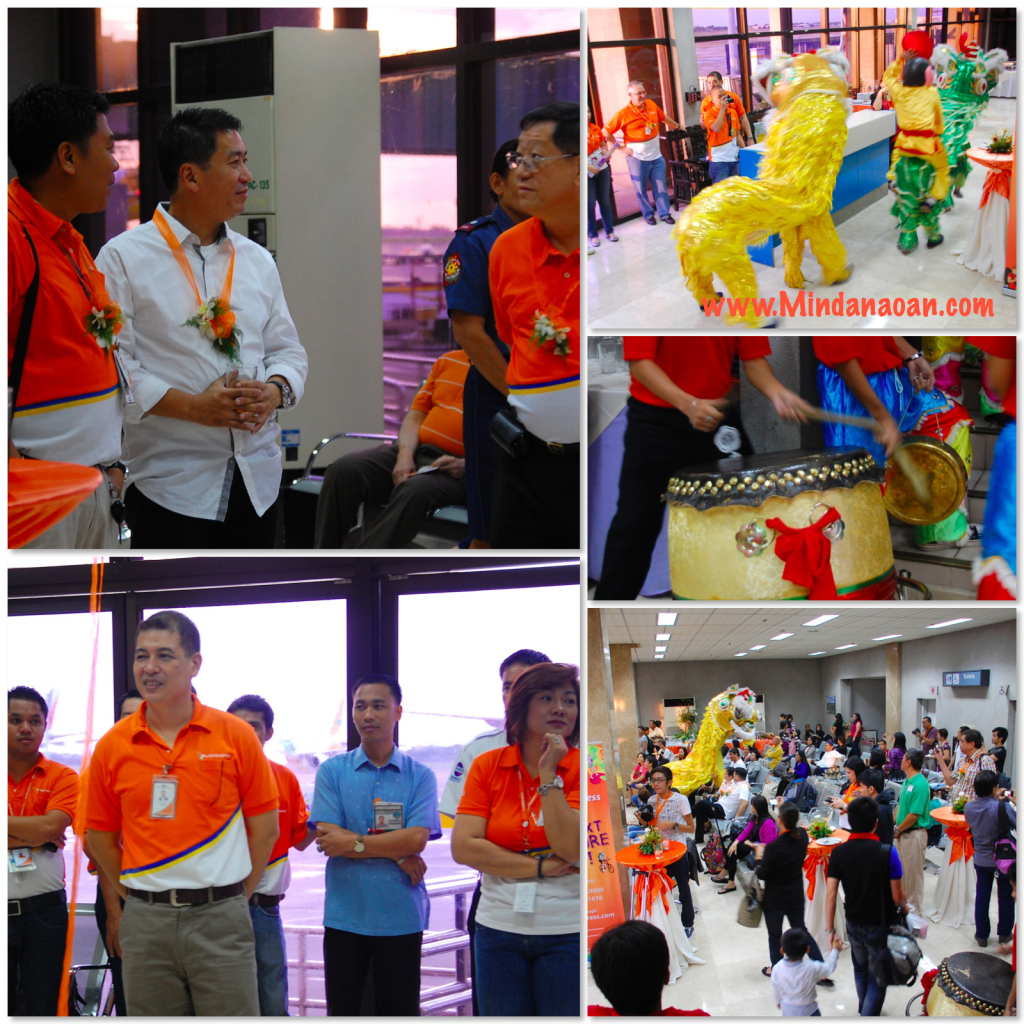 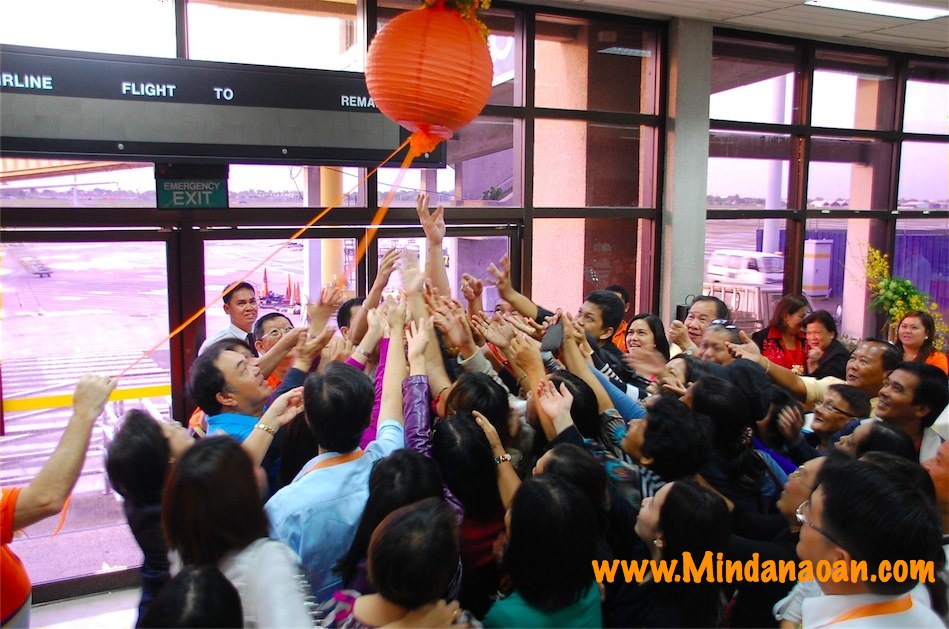 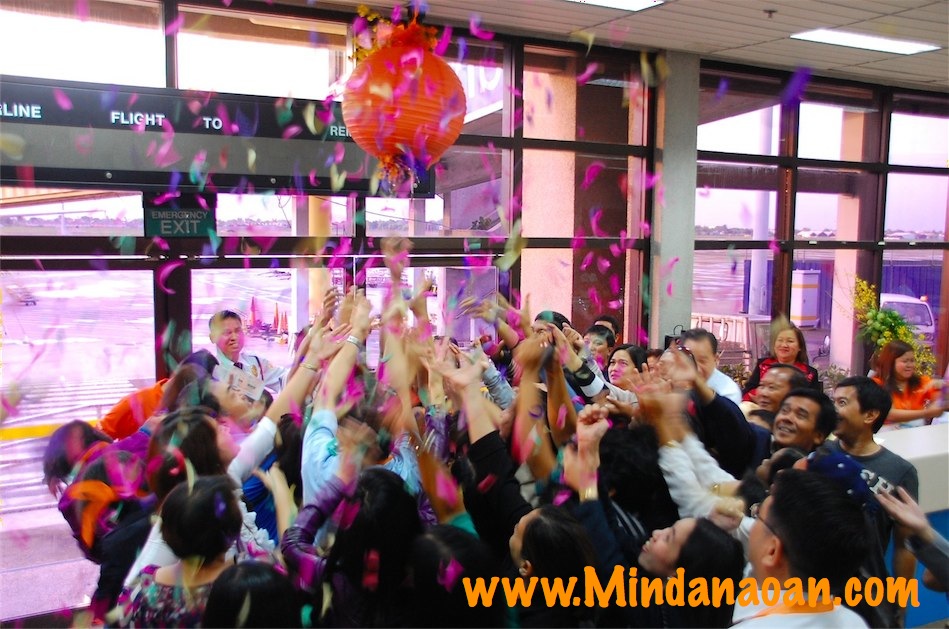 A few minutes later, we all boarded the A320.

Now I must be honest — the ride was pretty bumpy for several minutes that day but only because there was a typhoon in the Philippines! Other than that, everything else went pretty well. The flight attendants were courteous, attentive and cheerful. The plane looked new. The flight attendants also sold food, drinks and souvenir items. I was still too full that morning so I didn’t order any food but whenever I fly with Airphil Express, my favorite items to order are the banana crunch, spicy noodles (I love the mushroom variety but I also tried the beef version and it’s good as well) and blue energy drink 🙂 (obvious bang regular flyer talaga ako? :D)

I took a much-needed nap during the flight. Also brought out Usher and wrote a few articles for clients overseas. Then took another nap. Before I knew it, the plane was on its final approach.

We landed at the Hong Kong International Airport a cool 31 minutes early!

We then went to an exclusive tea room at the HKIA for the press briefing. Representatives of Airphil Express’ partners in Hong Kong were there and they were given tokens. The Airphil Express bosses also gave messages. 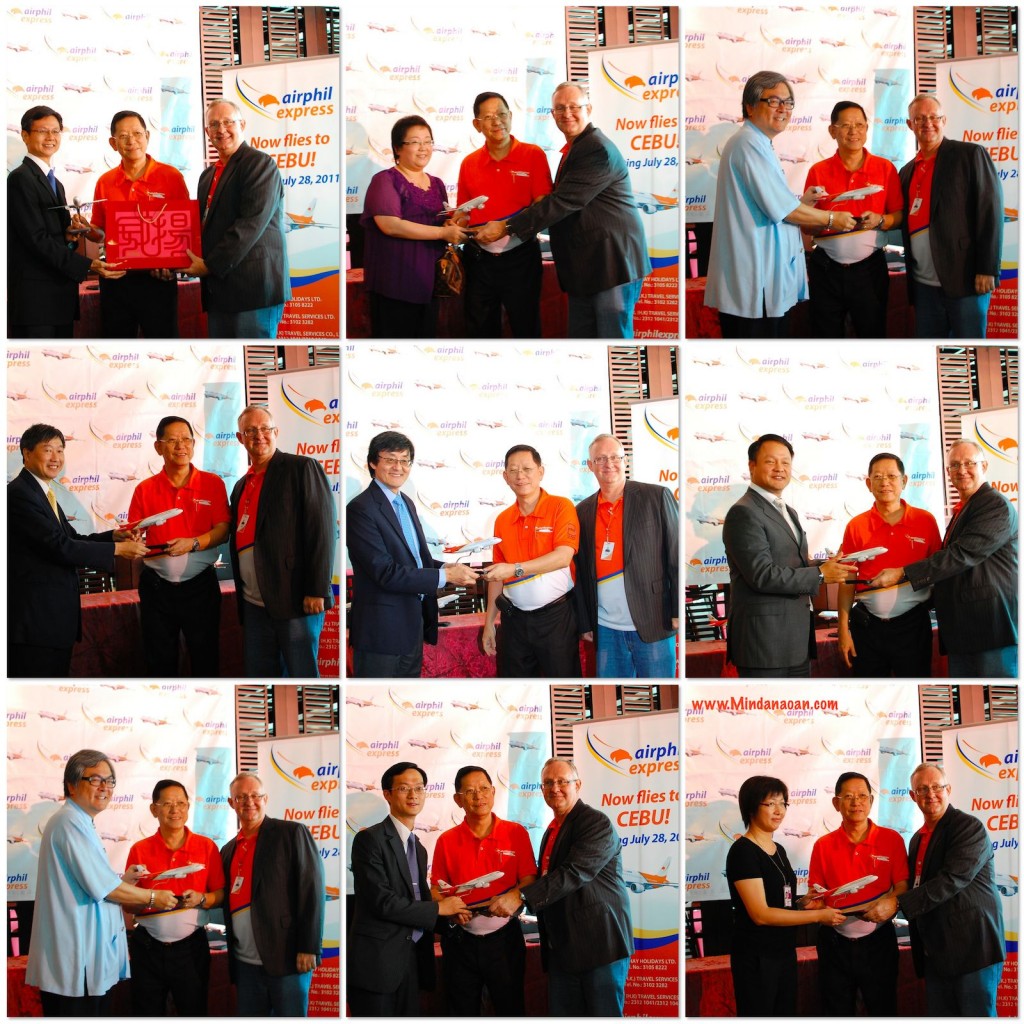 After — yet another! — brunch of dimsum (I especially liked the xiao long bao) and coffee and pleasant encounters with new Chinese media friends, the group was whisked to our respective hotels in Hong Kong — the Empire Hotel and the Ramada Hotel, both located at Causeway Bay. We bloggers were billeted at the Ramada. And yes, folks, I’ll also write a review about Ramada Hotel 🙂 Stay tuned.

The rest of the day was spent doing a quick city tour around Hong Kong: 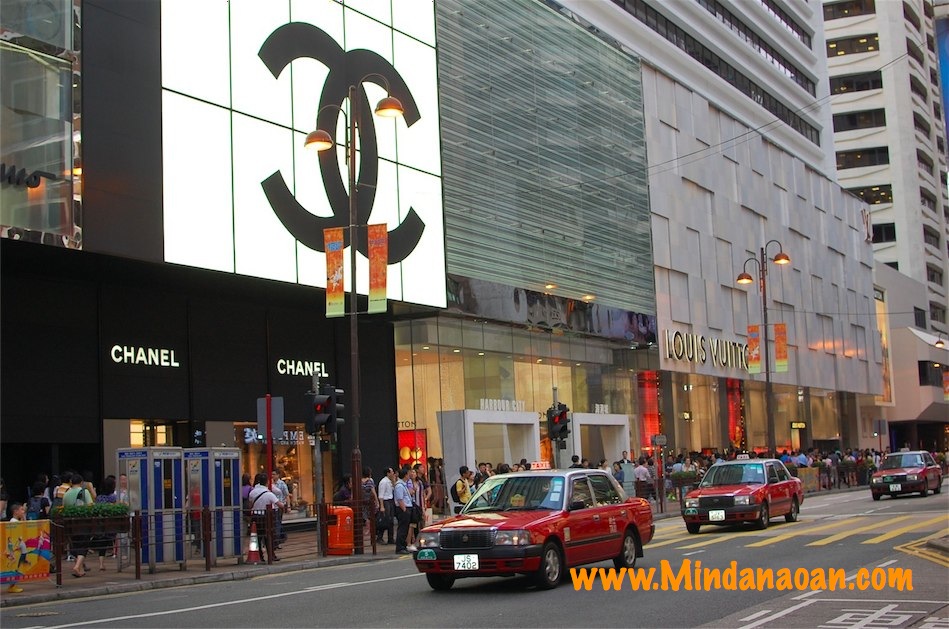 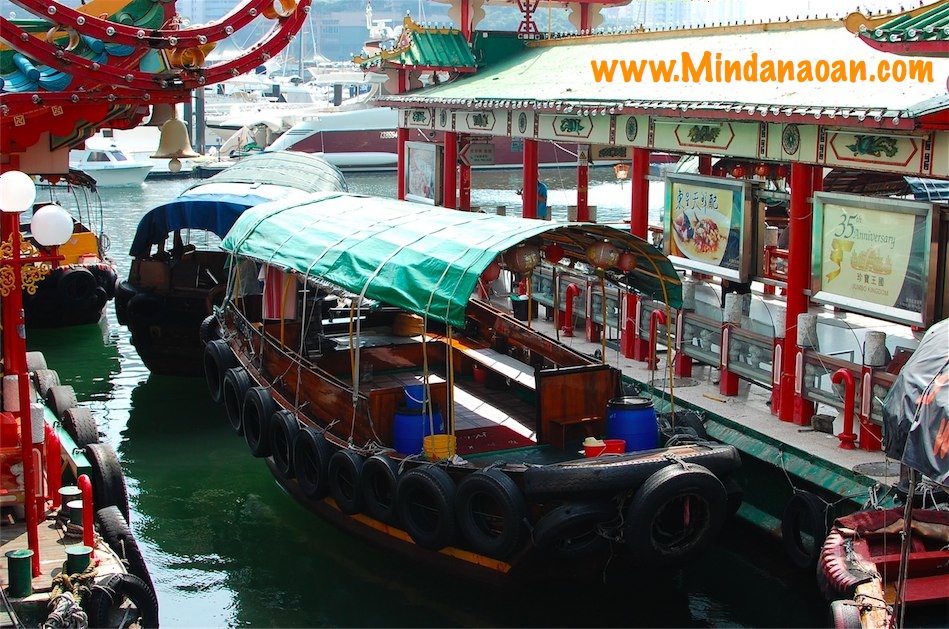 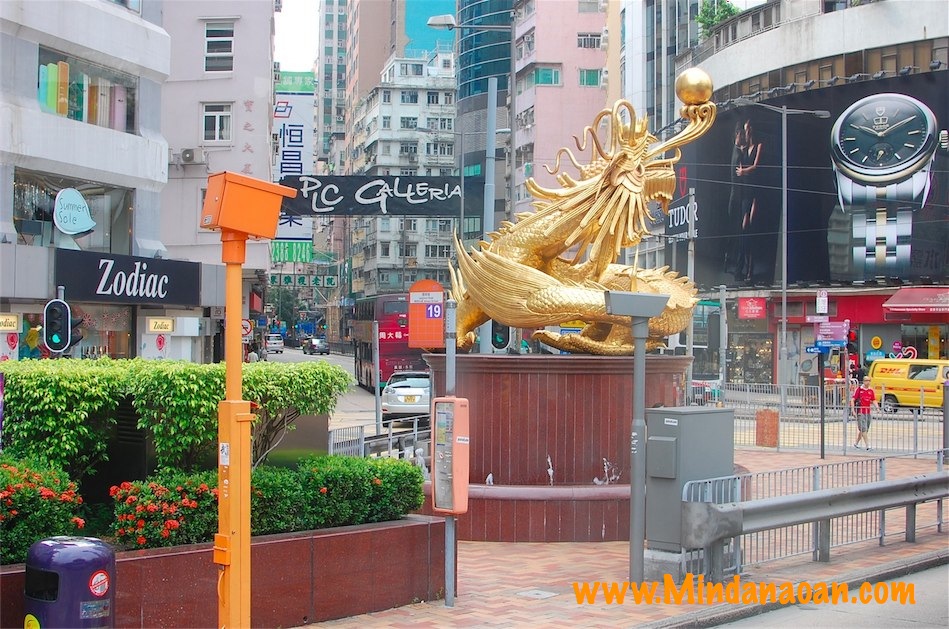 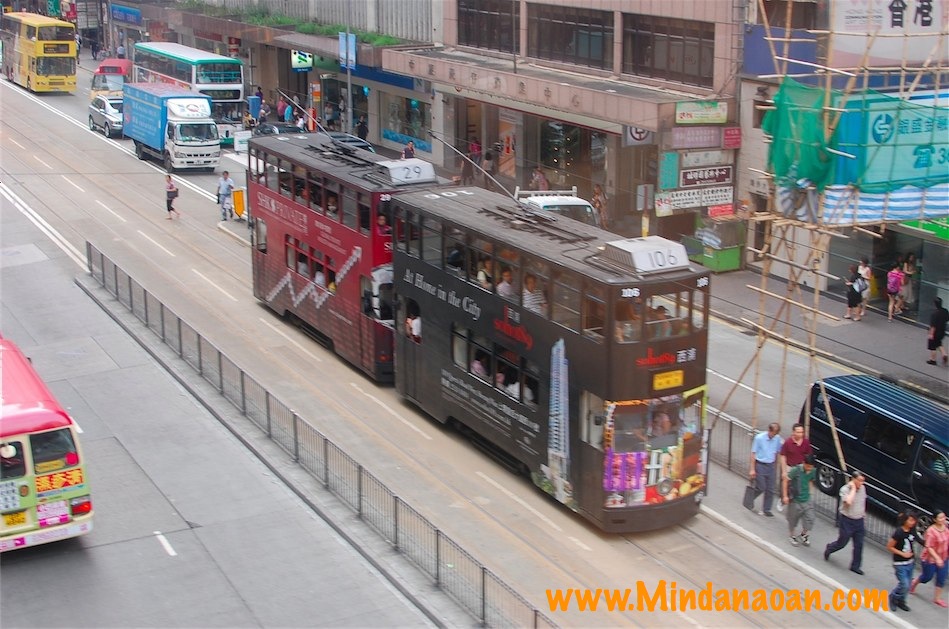 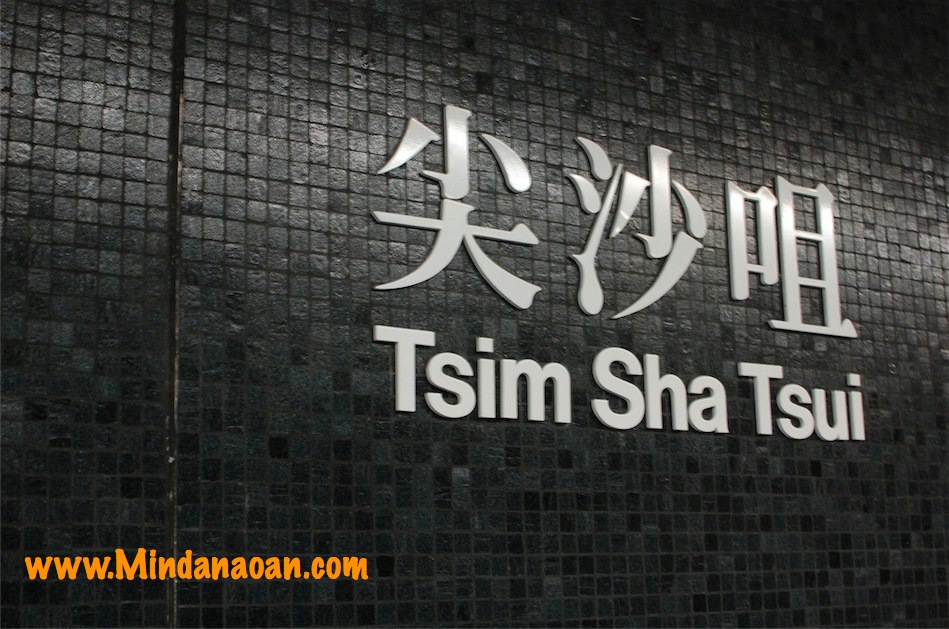 And of course, no Hong Kong trip would be complete without a quick stop at Victoria Harbour where our friend Bruce Lee is! 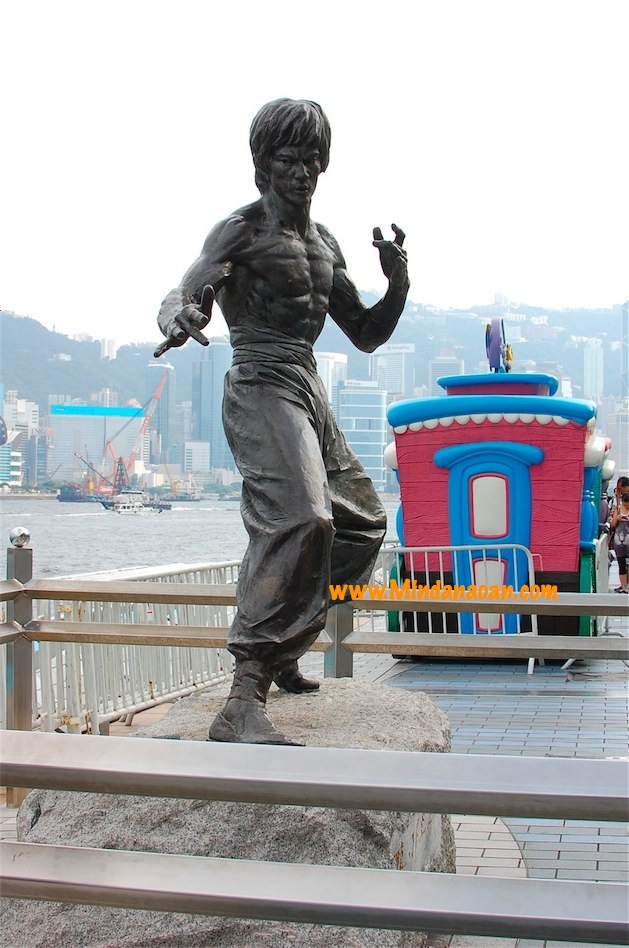 and my share of delicious Hong Kong street food! 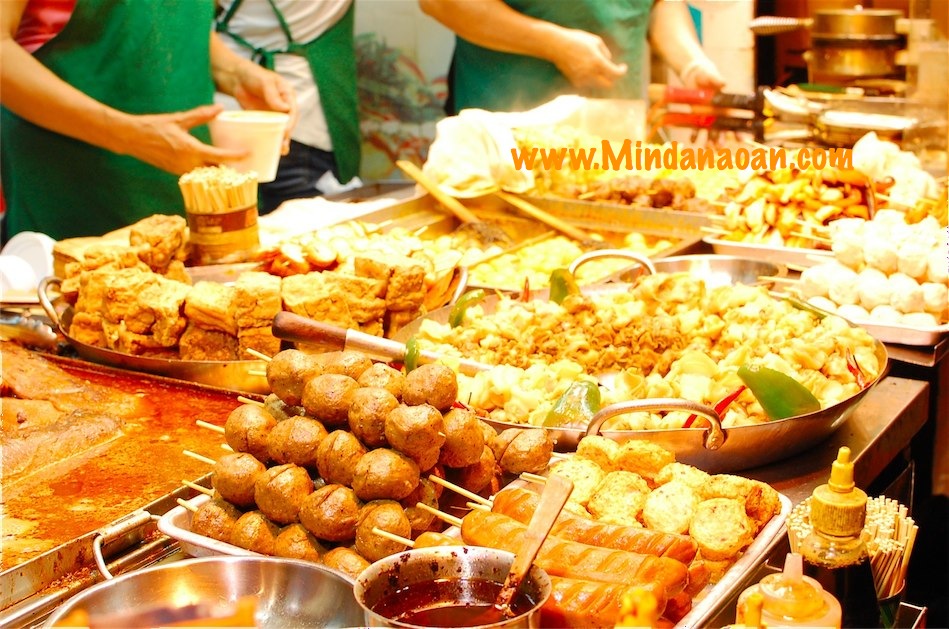 It was truly a fun albeit brief Cebu to Hong Kong trip, much thanks to Airphil Express. I met new friends, tried Hong Kong food again, said hello to my favorite Hong Kong tourist spots and finally had the time to relax 🙂

I want to end this blog post by giving you a few things to consider as to why you should try Airphil Express soon:

plus I have one more reason to share as to why the Airphil Express Cebu to Hong Kong flight rocks:

– Airphil Express leaves Cebu at 7 AM. That means you arrive at Hong Kong before 10 AM. Given immigration, baggage retrieval and travel time from Hong Kong International Airport to your hostel/hotel/inn/lodging place, you will get settled at around noon. Just the right time for you to check-in 🙂 No need to sleep at the airport or wait at a fastfood chain waiting for check-in time! And yeah, at least you get to see HKIA in the morning 😀

Do try the Airphil Express Cebu to Hong Kong (and vice versa) route and please feel free to leave comments below. I would be so glad to hear from you!

If you need a room in Hong Kong, you might want to book your cheap Hong Kong hotel here 🙂

Thank you so much to Airphil Express for the great opportunity! 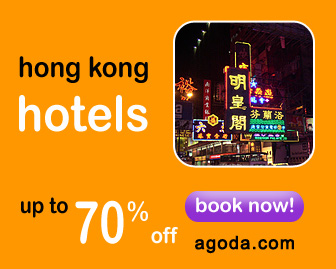