Tourists arriving in Davao City from August 11 to 21, 2011 will be welcomed not only with warm Dabawenyo hospitality but also with one swift, delicious PUNCH! Yes, folks, we welcome tourists with a PUNCH!

Yes, yes, it’s obviously a play on the recent controversy involving our Davao City Mayor Inday Sara Duterte. For those who still do not know, Mayor Sara garnered a lot of attention after she PUNCHED a sheriff. But hey, doesn’t this show the world we Dabawenyos have a sense of humor, too?

Anyways, a chef from the Center for Culinary Studies Davao (CACS Davao) reportedly concocted this delicious drink that obviously has a kick! (thanks to the calamansi!) The Davao Punch was concocted in time for the Kadayawan Festival 2011. This year’s Kadayawan aims to showcase the 10 tribes in the city and to thank God for the good harvest. Kadayawan comes from the word “dayaw” which means valuable, beautiful, good or just about anything positive.

Check out this nice ad about the punch of Davao! Tourists who will arrive at the Davao International Airport on August 11 to 21, 2011 will have a taste of the yummy Davao Punch.

So come! Fly to Davao and we will welcome you with a good punch! 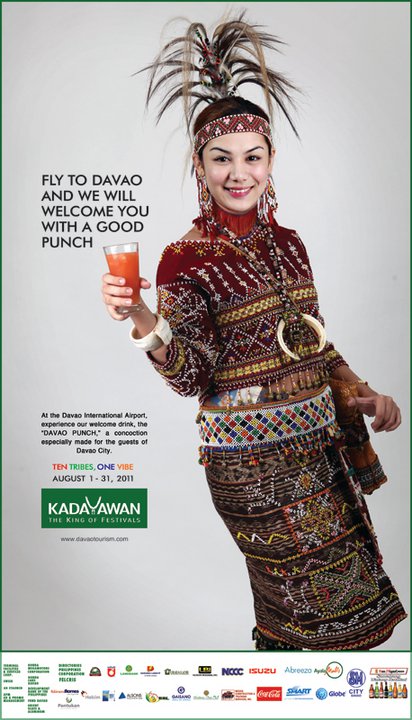