Just last week, this humble blogger in Mindanao was granted a chance of a lifetime – to be able to accompany U.S. Ambassador to the Philippines Harry K. Thomas, Jr. for two days! I was part of US Ambassador Harry Thomas, Jr.’s party when he visited Cagayan de Oro City, Mindanao. It was the American ambassador’s very first visit to CDO.

The two-day adventure with the friendly ambassador started right from the airport – where I experienced first hand how it was to be a part of an official U.S. Ambassador’s group. I can’t share details but suffice it to say that I felt like I was in a CIA agent film 😀 Although it was not my first time to accompany an ambassador, it was still a huge thrill!

Victoria of the U.S. Embassy Manila introduced me to Ambassador Thomas. He was friendly and had a big, ready smile. I told him about my recent International Visitor Leadership Program experience and when I mentioned that I visited New York City, he said that he grew up in Queens. He also asked what I did in New York and I told him that I was on tourist mode – visited all the boroughs, popular tourist spots etc. Incidentally, I stayed in Queens during my almost two-week stay in the Big Apple. Cool, huh? 🙂

Anyways, our first stop was at the awarding of Hazard Analysis Critical Control Point (HACCP) and ISO 17025 certificates to 10 Mindanao companies. HACCP is a system that ensures food production meets safety requirements to protect public health. ISO 17025, on the other hand, makes sure that laboratories that test products meet certain requirements. The program is assisted by the United States Agency for International Development or USAID. 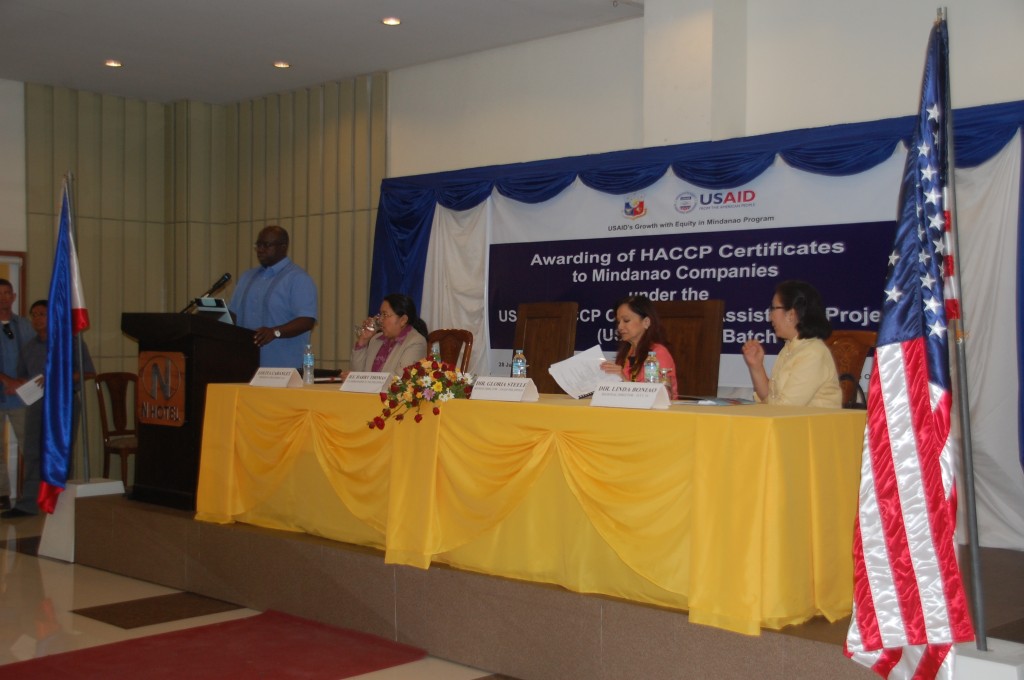 Also present at the event was USAID/Philippines Mission Director Gloria Steele, who was as warm and friendly as Ambassador Thomas.

Ambassador Thomas praised the said companies. “By meeting the stringent food quality and safety requirements for HACCP
certification, you increase the prospects of entering new export markets and selling to the world’s most discriminating buyers,” he said. 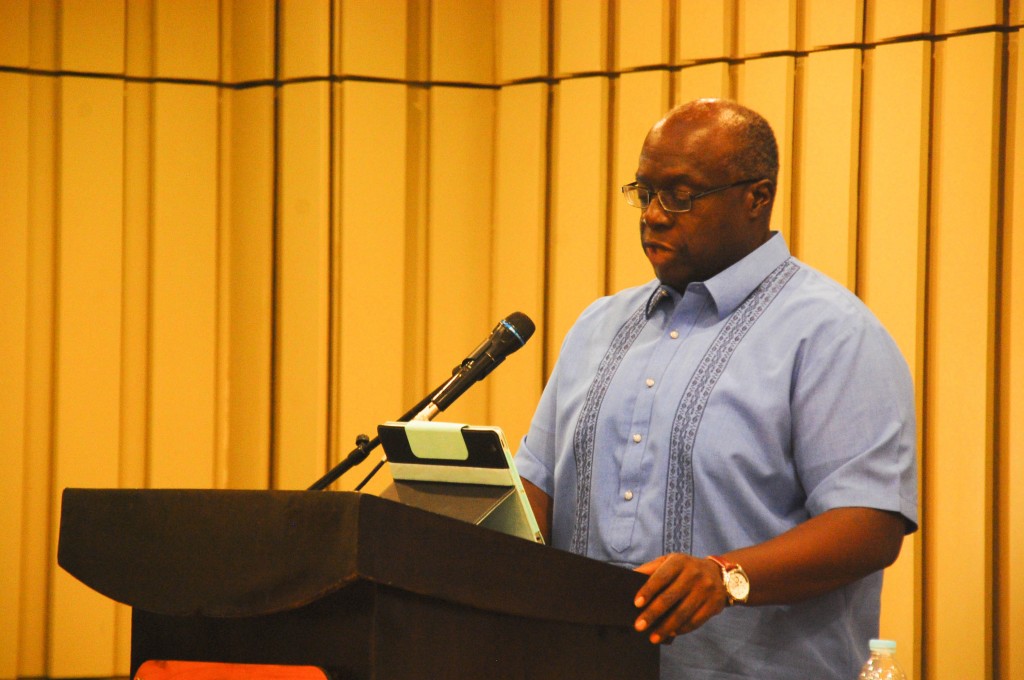 According to a news release, the HACCP certification assistance program started in 2009 when USAID, through its Growth with Equity in Mindanao program, initiated it in order to provide technical assistance to selected Mindanao companies in developing systems and procedures needed for HACCP compliance and HACCP certification from an internationally recognized third-party
certifying agency.

By the way, I learned from US Ambassador Harry Thomas that at least 60 percent of USAID’s funds go to Mindanao. Does that not deserve a big thumbs up? 🙂