Much like our Typhoon Sendong relief operations, the Mindanao Helps Manila campaign really started with a tweet, a Facebook message and an idea – an idea to help, to be men and women for others, to be socially responsible citizens.

You see, when Typhoon Sendong struck Northern Mindanao, our humble home in Cagayan de Oro was hit. Our family also had to endure business losses. But my mother, my brothers and I still had so much to be thankful for. We were safe. We were alive. Compared to others who lost not only their homes and livelihood but their loved ones as well, we were lucky. Very lucky. And we knew that there was no reason for us not to help. So I tweeted. I tweeted updates, I took photos, I called for donations. My family did the same. What happened next was nothing short of a miracle. I met volunteers (who are now new friends!), I met donors and everything just fell into place. The garage area of our CDO house became a relief goods center / donation drop-off point / meeting place for volunteers. It became the repacking center, distribution center etc. I received cash donations – which our group in turn used to buy water, relief goods and other things that typhoon survivors may need. I don’t want to go into details – suffice it to say that for several weeks, we saw firsthand how God’s grace and people’s innate desire to help worked.

Now, 8 months later, it was Mindanao’s turn to help. When I started the simple hashtag on Twitter – #MindanaoHelpsManila – Manila was already 50 percent flooded out and almost 200,000 families in 11 regions were already displaced and had to flee to rooftops. That was 3 days ago. And then, as more news reports came in, it got more and more difficult to just watch the news and not do something. Neck-deep floods, non-stop rain, hardly any food and clean water.

Thus, the birth of #MindanaoHelpsManila . Thankfully, I was not alone in realizing that it is Mindanao’s turn to help. Support came from everywhere – far and wide – my family, friends, fellow bloggers, Twitter friends, Facebook friends and even strangers who just spotted the hashtag.

To date, the Twitpic of the photo above already garnered 2,170 views. You can view the original link HERE.

Three days after the birth of the Mindanao Helps Manila hashtag, we received these donations at Happy Eggs All-Day Breakfast Cagayan de Oro City (yep, the very same garage area of our CDO home that was once the Sendong relief goods center 🙂 )

Photos were taken by One Happy Story Photography, Mindanaoan, Mike and Eleanor. 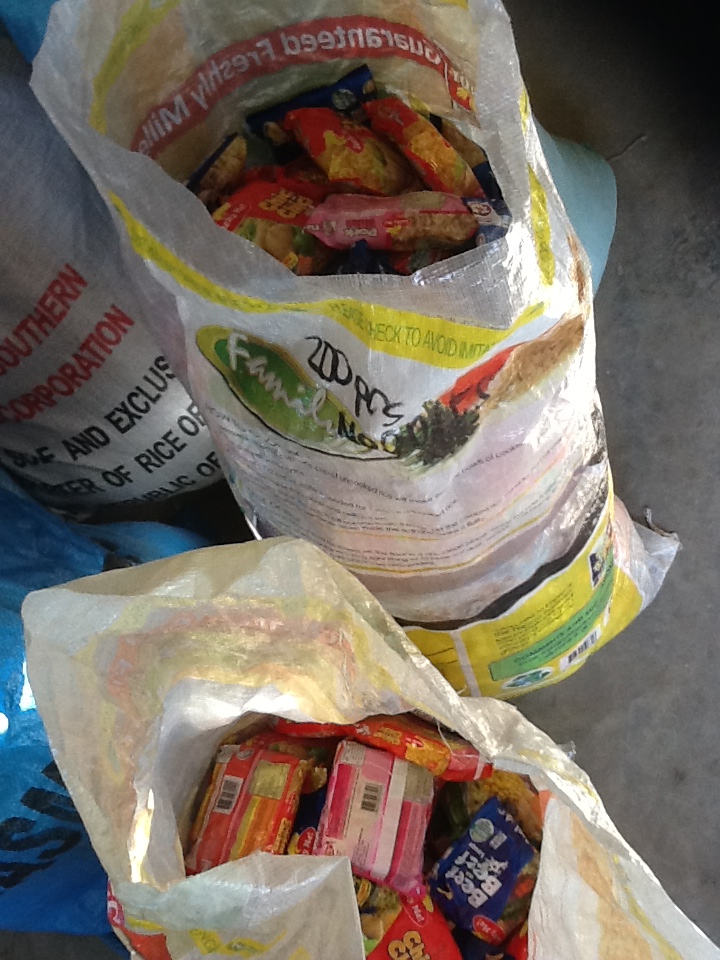 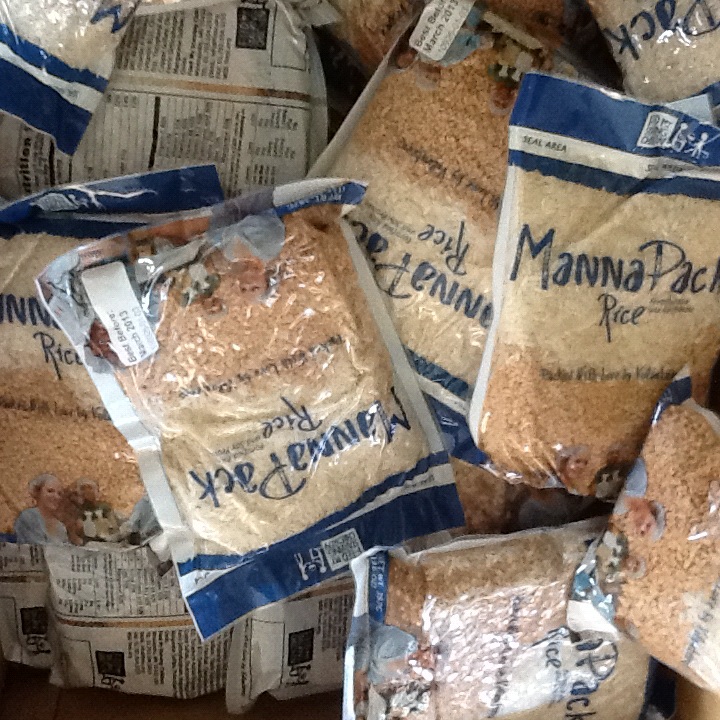 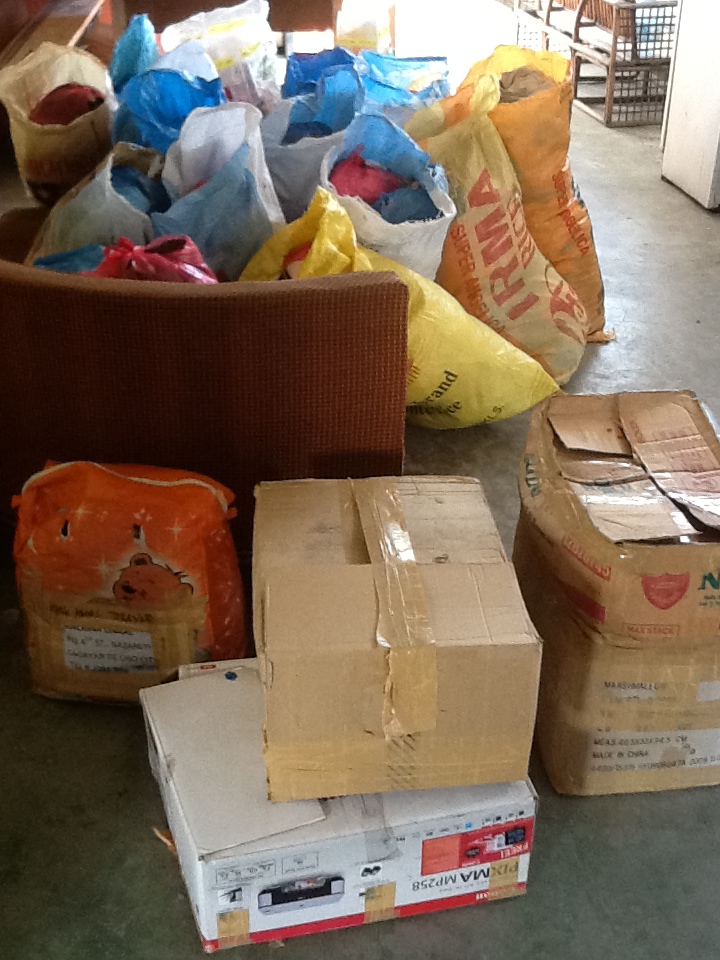 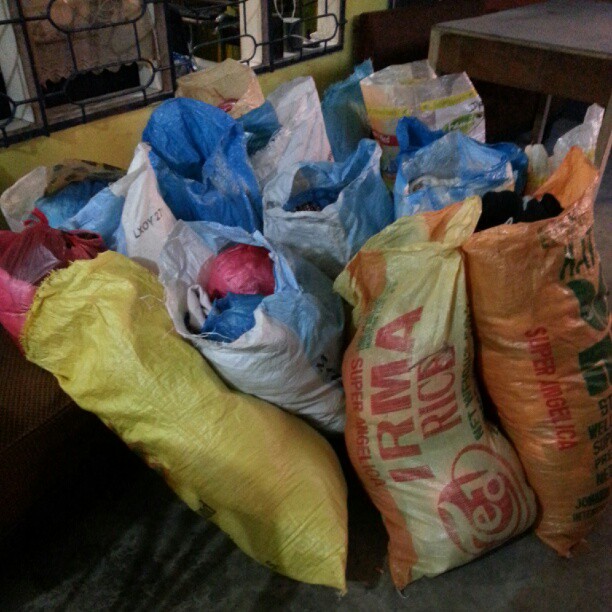 Special thanks to the Happy Soles Movement CDO, En-En from Twitter, CDO Bloggers, Martha from Twitter and the Philippine Air Force. Thank you to my brothers as well. 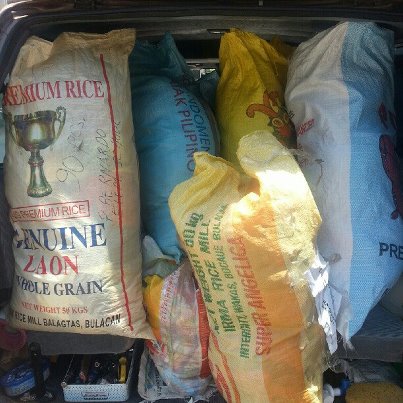 Thank you so much to Martha, Marga, Jasmin and to the PAF commanders and personnel who helped us out 🙂 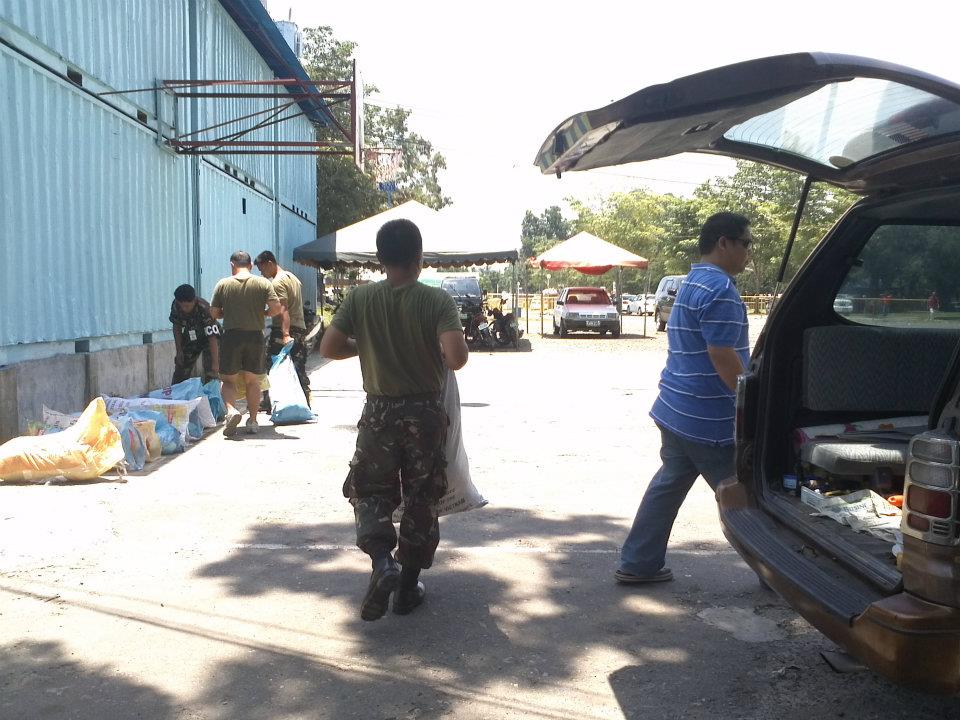 Thanks again to everyone who supported the Mindanao Helps Manila campaign / donation drive.

May the good Lord bless you all a hundredfold!