The Mindanao Fashion Summit 2012 will be held on January 4, 5 and 6, 2013 at the Rotunda of Lim Ket Kai Center, Cagayan de Oro City. [Note: the event was moved due to Typhoon Pablo] Notable fashion designers, various fashion brands, fashion writers and other prominent guests will be present during this 3-day event that will showcase the global design and fashion forecast for Spring/Summer 2013. 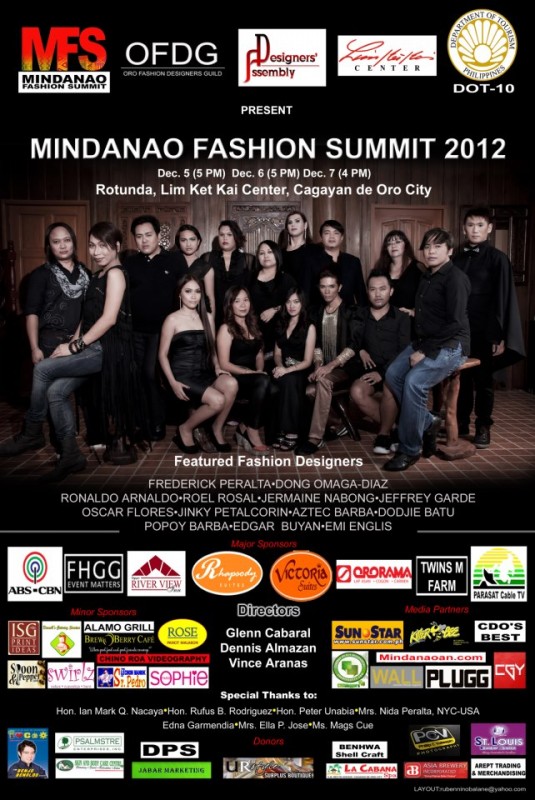 Please feel free to share this guide to the 2012 Mindanao Fashion Summit.

As official media partner, Mindanaoan will post updates, photos, videos. Follow me today to get the latest updates on the Mindanao Fashion Summit 2012.