So after Rivermaya band’s performance at the SMB Night Kaamulan Festival 2013 in Malaybalay City, Bukidnon, my friends Jojo, Jacquee, Emil and I, including the San Miguel Beer bosses and folks behind St. Jude Distributors, accompanied them for dinner. Artists usually request for food after concerts and frankly, my friends and I became pretty hungry, too haha! Who wouldn’t be when Rivermaya gave quite an electrifying performance and we all danced and sang our hearts out that night? In fact, all of us were still on a natural high after the show 🙂

We all trooped to a local restaurant, thinking that all we’d do is eat, accompany the boys, take photos and say our goodbyes. What actually happened was far more than just that. There was laughter – LOTS of it. There was an impromptu jam. There were super funny antics – LOTS! People had the chance to sing with Rivermaya. And Rivermaya gamely sang several songs! Woo hoo!

It was a night to remember! MISMO NA!

To “preserve” some precious memories that only the people who were present that night have the privilege to share, I won’t post all of the photos I took. Suffice it to say that it was an evening that every Rivermaya fan will cherish. Personally, I saw a different side of the guys that night and I was truly impressed. I’ve worked with so many artists in the past already and I can safely say that the Rivermaya members I met that night were amazing, very talented, amiable and game! I just hope that they remain humble and approachable amid the fame. 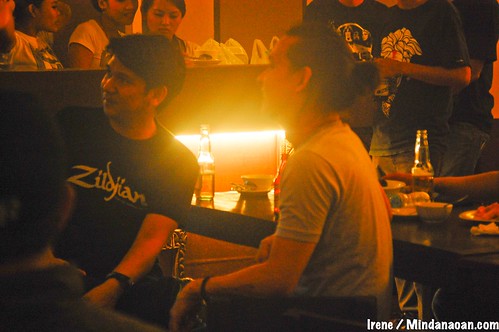 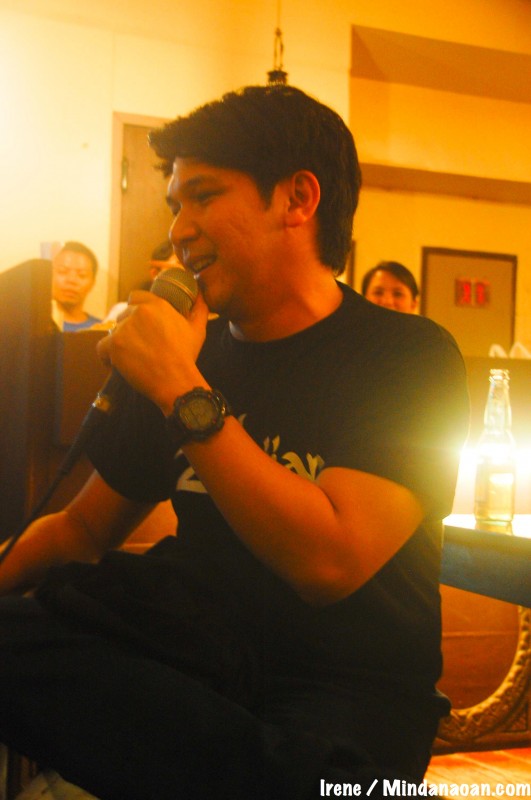 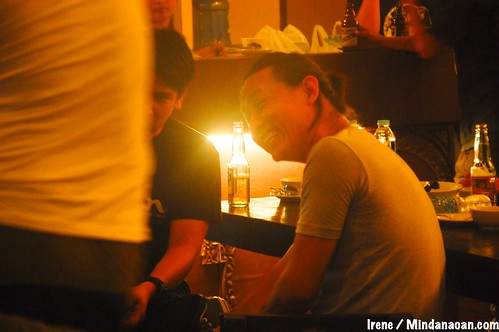 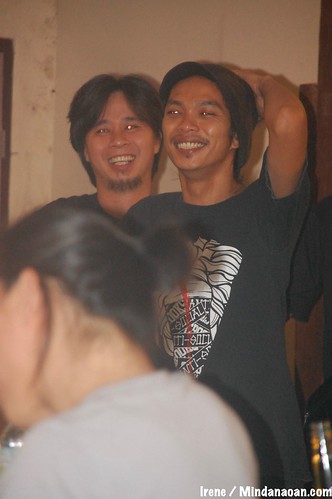 Looks like Mike and Al, who stood a few feet away, had a great time 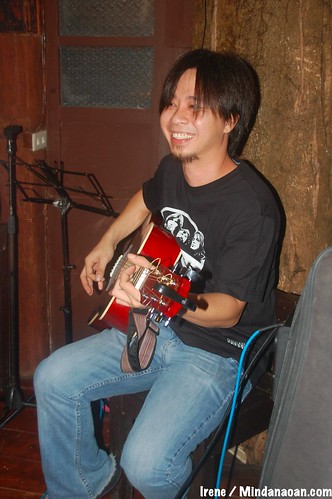 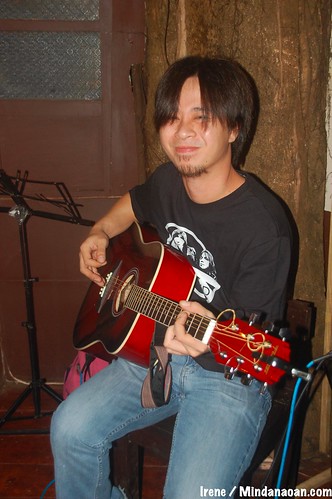 Mike Elgar gamely hit the guitar. Asked him for a smile. Look at what he gave me 🙂 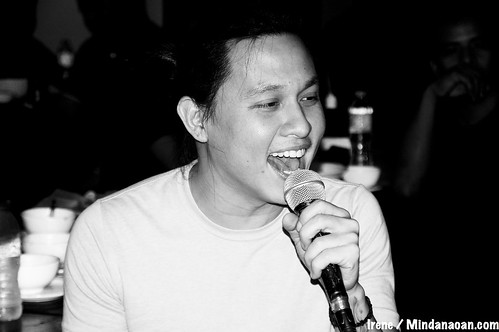 Norby David a.k.a. Mr. Smile. I call him Mabs. I told the other guys about it and they were like, “Puwede! Puwede ding Bents.” If you want to know why, leave a comment below 😛 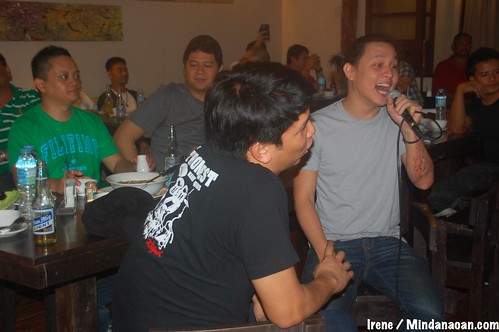 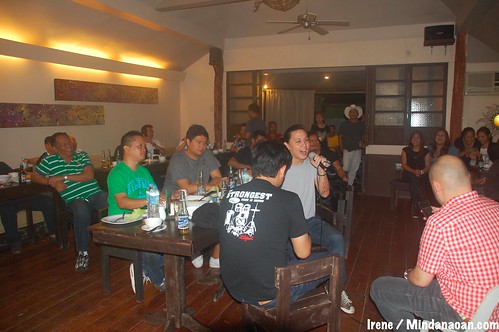 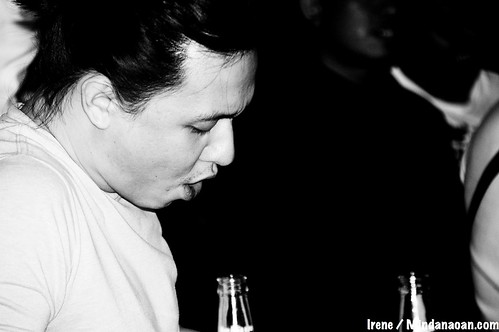 I told Mabs this photo will help draw in lots of traffic for my websites 😀 Do you agree? 😛 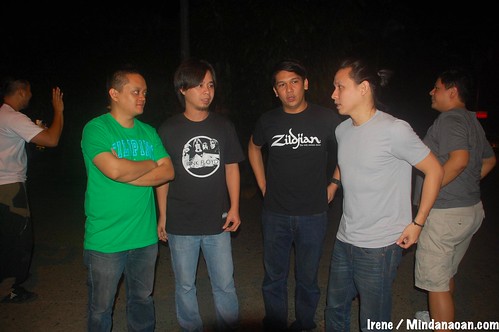 The guys having a little meeting 🙂 What do you think they’re discussing?

Actually, I asked them for a video message for the readers of two of my websites.

Buy a copy of Rivermaya’s new album “Panatang Makabanda.” You can buy copies during their mall tours or you can download the songs from iTunes and MyMusicStore.

Or you can stay tuned right here on Mindanaoan because I’m giving away two (2) autographed CDs! 😉