It’s been a while since my “ avid fan” days. My friends know I’m a huge South Border fan and supporter and I went gaga when Color Me Badd came. I’ve watched and worked with so many artists (local and foreign) already but yes, it’s been a while since I truly, madly, absolutely got impressed. That changed when I watched Rivermaya last weekend.

Actually, I didn’t just watch them perform. I was at their dinner-after-the-show which later turned out to not only be a super fun after-party but a chance for me to see a different side of the band. I must say this – I never expected them to be that accommodating, friendly and fun! My only regret now is that I didn’t get to produce or organize any of their concerts before. The closest I got to work with them was during an ABS CBN Kapamilya show in 2009! But hey, things might change in the near future…who knows? 😉

Anyways, I got to take lots of photos last weekend. Will share them in my next post. I will also share more kuwentos 🙂 In the meantime, if you will be in Cebu City on March 16, 2013 (like me! I will be there as one of the speakers for the Social Media Influencers Summit 2013) please come to Rivermaya’s album tour! 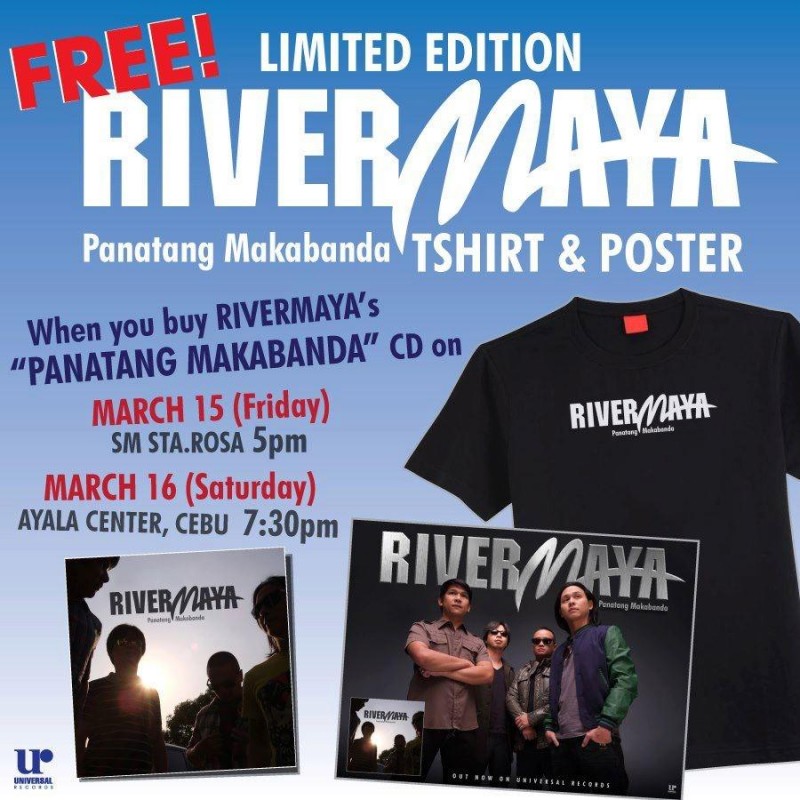 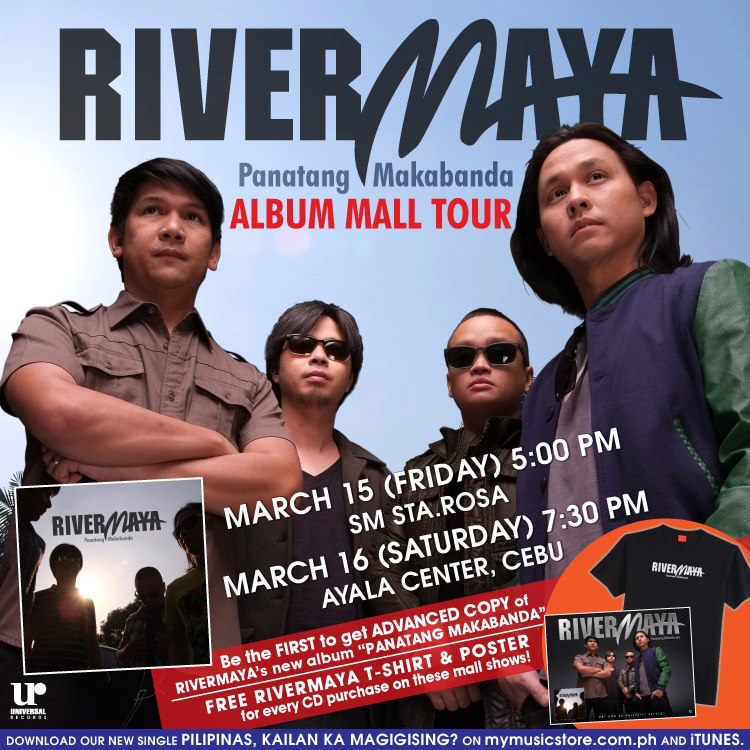 Meet and Greet after the show and yes, free Rivermaya poster and t-shirt for CD buyers! 🙂

See you all in Cebu City on March 16! 😀 Take my word for it – you wouldn’t want to miss listening to this song live!