Like most things that end up being hands-down epic, my being a co-producer of a recent Rivermaya band gig at Blue Room, Apo View Hotel Davao all started with two phone calls and a Facebook message. Yep. A phone call from the Rivermaya band manager, a phone call to a former classmate in Ateneo and a Facebook message to his cousin (who also happens to be a batchmate). That’s all it took. A day and a half later, the Rivermaya Live At Blue Room, Apo View Hotel Davao City was a go.

Things moved pretty quickly. My assistant and I were on the phone, calling a few friends who may want to sponsor the show. Fortunately, everyone we got in touch with all said yes. Who wouldn’t? It’s RIVERMAYA – the Banda ng Bayan – the very band responsible for the monster hits “Kisapmata,” “Umaaraw, Umuulan,” “You’ll Be Safe Here,” “Ulan,” “Awit Ng Kabataan” and the current fave “Pilipinas, Kailan Ka Magigising.” These guys and their brand of music accompanied us through various phases of our lives. We know their songs by heart. Besides, I was also very interested to know how it’d be to work with them. In my years of producing events, I haven’t had the chance to hire them. I only technically “met” them when I got involved in a 2009 ABS CBN Kapamilya Karavan event. So you could say I was a curious fan under the guise of being an event producer.

Most special thanks to Chris Pamintuan and Kim Pamintuan (Macky Pamintuan, too!) for the very smooth and pleasant experience. Thank you very much for taking real good care of me and the boys! Let’s do that again, yes? 😉

I will be posting more Rivermaya Live In Davao stuff in the next few posts. So if you’re interested to know what happened during their SM City Davao gig and during our island hopping adventure at the Island Garden City of Samal, don’t forget to SUBSCRIBE TO MINDANAOAN and follow me on Twitter and Facebook 🙂 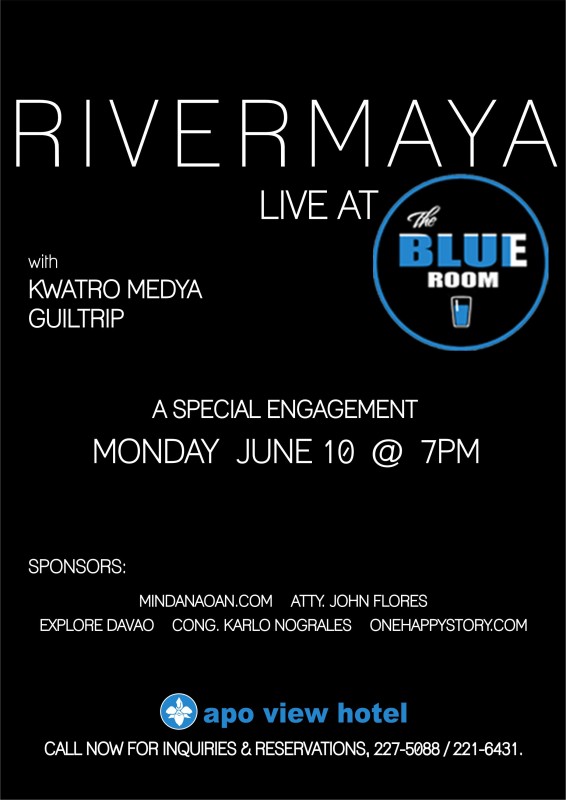 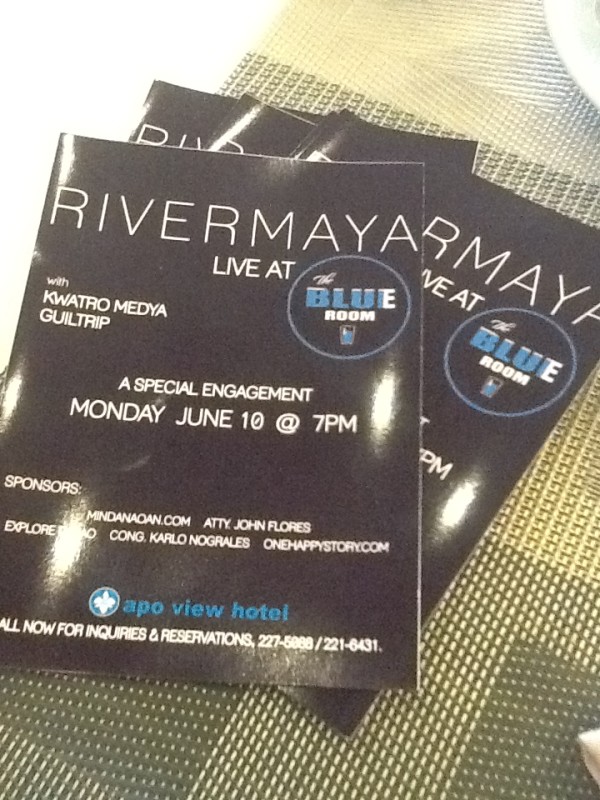 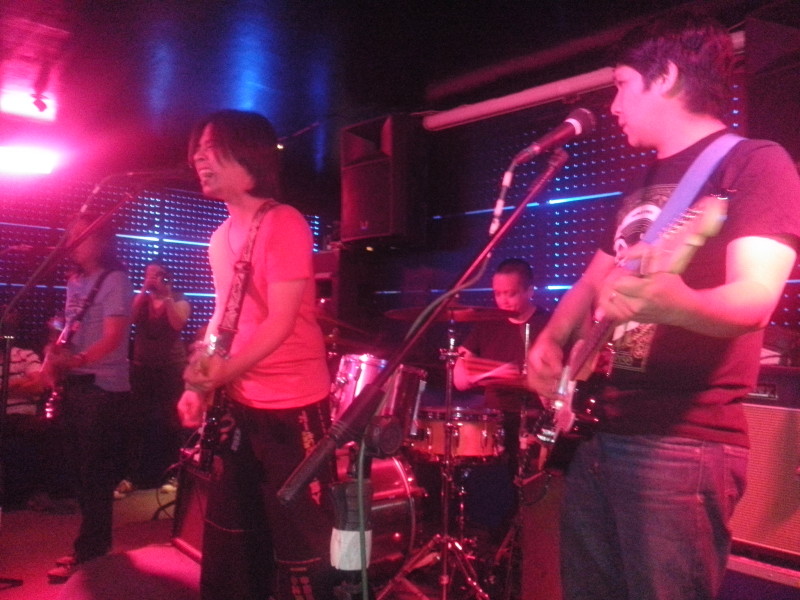 Rivermaya boys in their element! 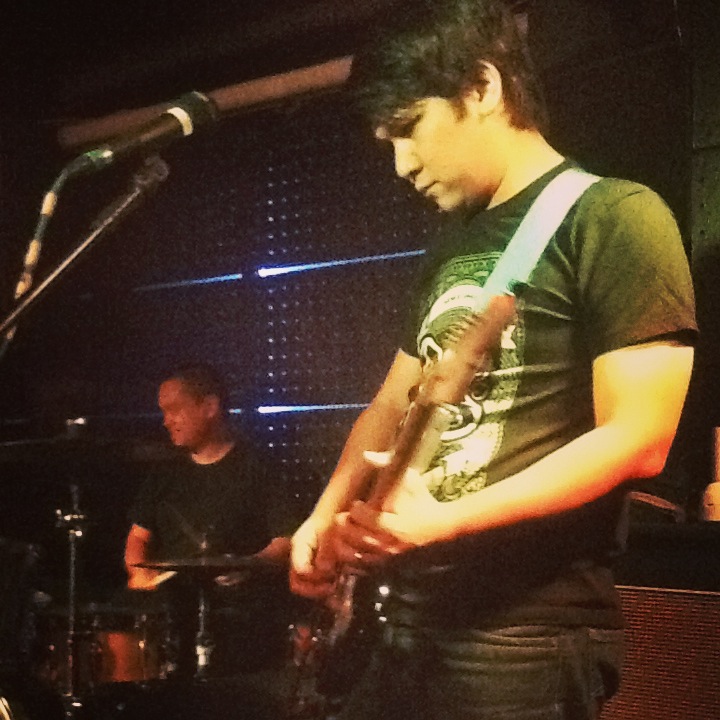 This one below is a must-watch. This is exactly why I have a huge crush on Mark Escueta 😀

Now was that an amazing gig or what?!

Thanks again to the Pamintuan family, to the Blue Room and Apo View Hotel staff, to Miss Mahal and to all my amazing sponsors One Happy Story Photography, Atty. John Flores, Congressman Karlo Nograles and his beautiful wife Marga, Magnolia Fernandez, Pebbles Cartujano and Explore Davao! Thank you for supporting me and Mindanaoan.com 🙂

Thank you also to each and every one who came and watched the show! Special mention to my Twitter and Facebook followers in Davao who did not only watch but also helped me promote 🙂 Much appreciated! Thank you very much to all my Davao media friends and colleagues! Salamat, salamat!

And, of course, big thanks to Rivermaya! Thank you very much Mark Escueta, Mike Elgar, Norby David and Ryan Peralta! Thank you Raymond and to the rest of the Rivermaya management! Hanggang sa uulitin 😉