So one of the things I did during a recent trip to Manila was attend a press conference at the ABS CBN Channel 2 Dolphy Theater. Attending (and organizing, even!) media briefings aren’t new to me but that one was an exception – it was the first entertainment/showbiz press conference I attended in a very long time! It probably was my first ever – I’m not too sure. But I must say, it was a bit intimidating since I’m far more comfortable with politics and news and current affairs-related press gatherings. Still, I was interested to attend since I was curious as to how showbiz presscons were handled and I was also interested to observe entertainment reporters and listen to their questions.

A little bit of background, though. I’m pretty familiar with the ABS CBN Manila compound since I worked there (yep) not too long ago 😀 However, that press conference was my first as a media practitioner 🙂

Anyway, I was invited to cover the press conferences for two ABS CBN shows – “Luv U” and “Goin’ Bulilit.” Luv U is an afternoon teen comedy series while Goin’ Bulilit is a kiddie gag show.

Meanwhile, “Luv U” also has something new for their viewers. 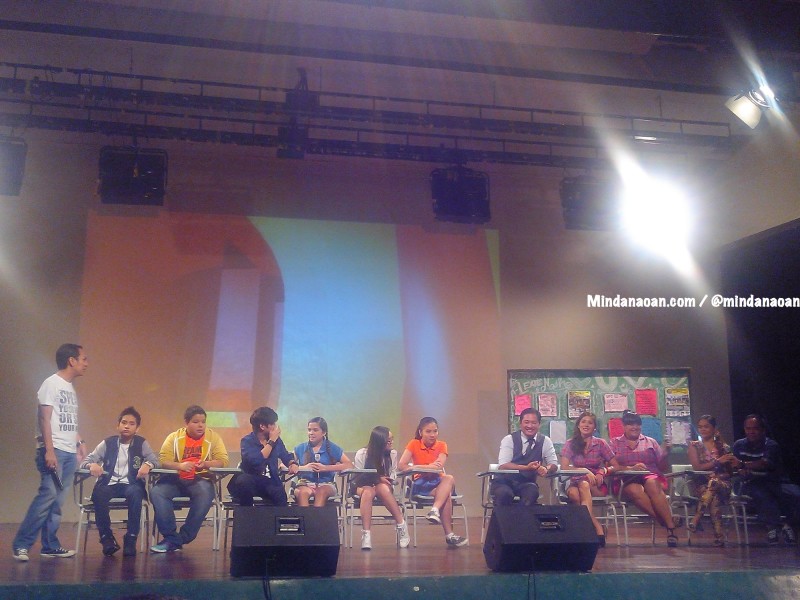 Apart from new cast members Nash Aguas, Sharlene San Pedro, Jairus Aquino, Mika Dela Cruz, Kobi Vidanez, Alexa Ilacad and Eda Nolan (who will play the role of a new teacher at the Lamberto Uy Villarama University), “Luv U”‘s new season also aims to focus on the students’ relationship with their parents and siblings as well as tackle the thrill of fun of high school and the bittersweet experience of first love.

“Luv U” head writer Ricky Victoria says that apart from the “kilig factor,” the viewers will also be provided with insights and lessons on dealing with teenage problems.

Here’s a shot of Sharlene when some entertainment writers and I caught up with her after the presscon: 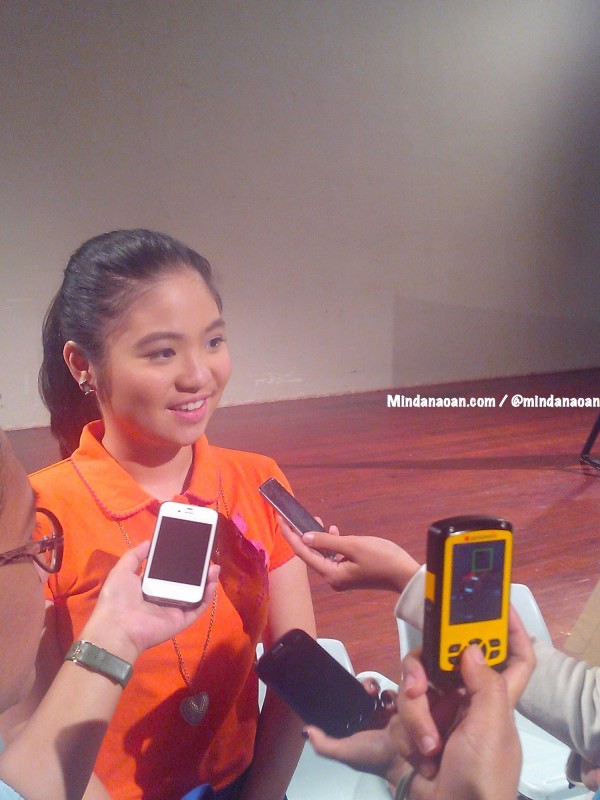 And here’s Nash Aguas inviting you all to watch “Luv U”: (took this video myself 🙂 Thank you, Nash!)

Thank you ABS CBN PR and Communications Department for inviting Mindanaoan 🙂 Thank you very much Sir Kane! Thank you to Aaron, too, and the rest of the staff who took good care of us that day.