So a day before the big Rivermaya Live At Blue Room, Apo View Hotel Davao gig that I co-produced, the Rivermaya boys – Mark Escueta, Mike Elgar, Norby David and Ryan Peralta – performed first at SM City Davao for a pre-Independence Day gig. I was already in Davao City then, comfortably settled in my spacious executive deluxe room at the Apo View Hotel (which had a nice view of the pool, by the way – thanks so much, Apo View!) when I found out that the boys were supposed to have a Davao City radio tour before their scheduled performance at 5 PM at the SM City Davao Annex atrium.

So I did what every Rivermaya fan worth her salt should – bug the Rivermaya band manager (hello Raymond! :D) and insist – without any hesitation or shame – that I tag along. Fortunately, Raymond was convinced that I was pretty harmless so he said yes. Woohoo!

Check out the Instagram photo taken by Norby David a.k.a. Mabs. I re-posted it and claimed that the “real” manager accompanied the boys during the radio tour 😛 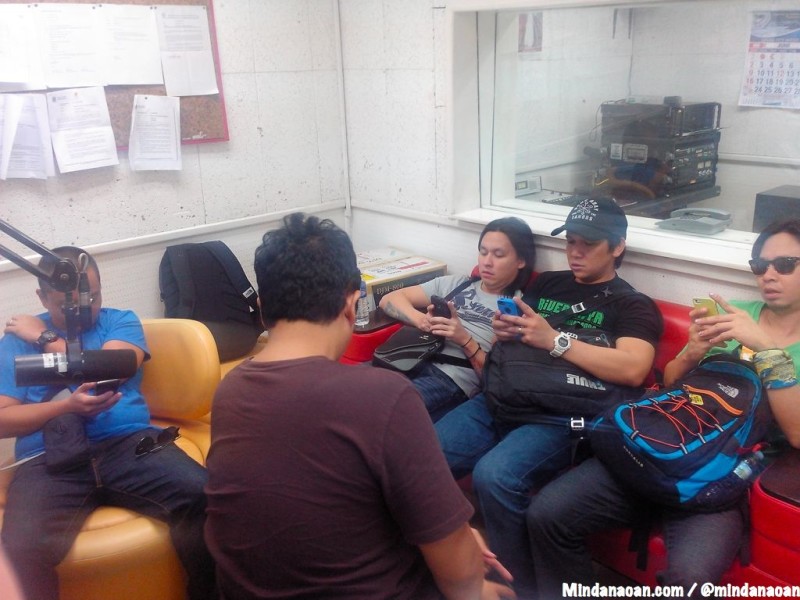 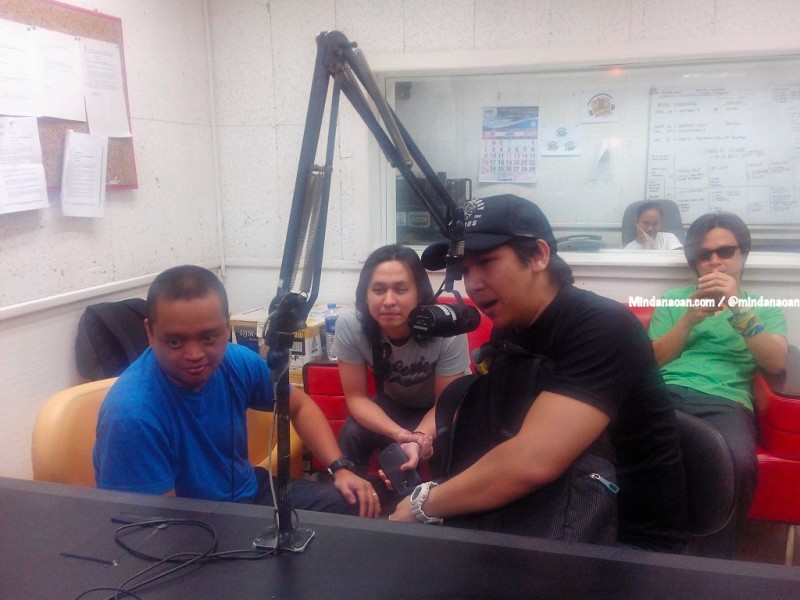 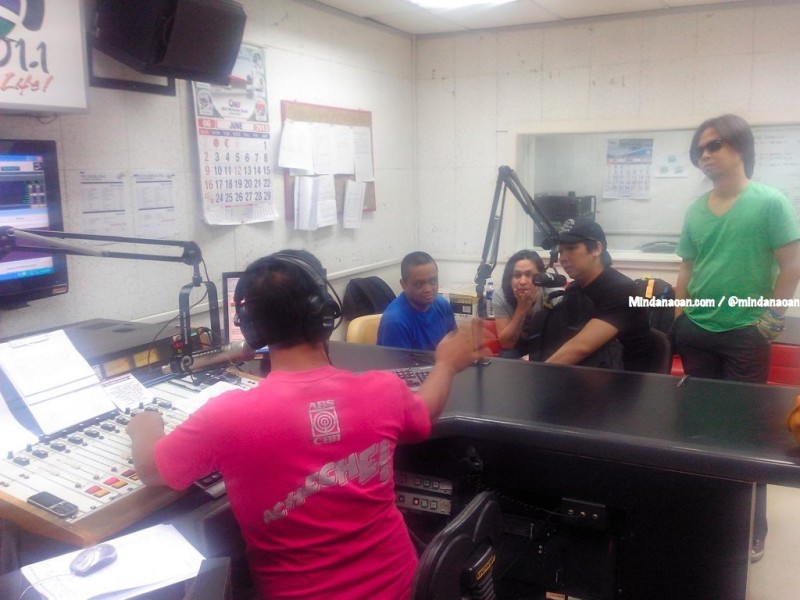 Next stop was Win Radio FM Davao, where the guys pretty much surprised the DJs with how kulit they were!

Then we went to Energy FM Davao, where the DJs really had fun interviewing the guys. Mike Elgar also showcased his wit when he came up with new titles for his bandmates – Mark Tarmac, Ryan Bayan and Norberto Romantiko. Mike’s new “name” was DJ Mike On A Bike. I really don’t know where that came from haha. 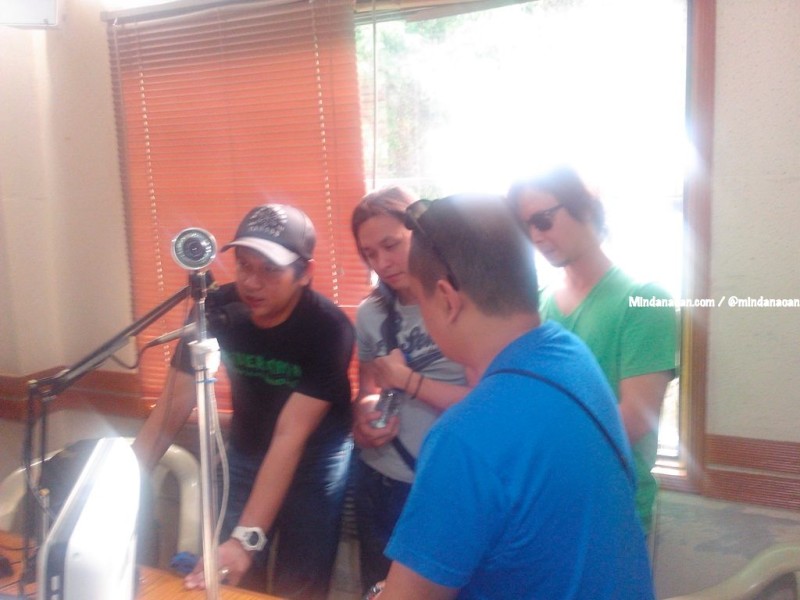 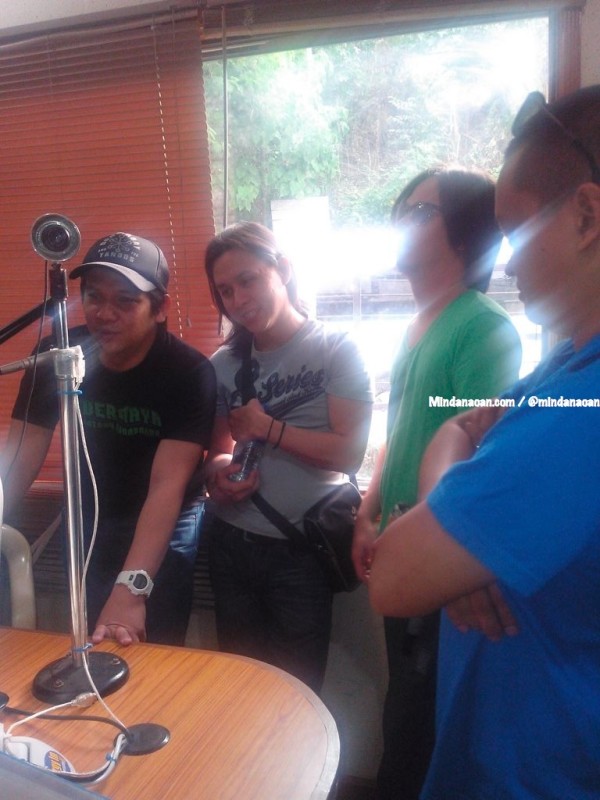 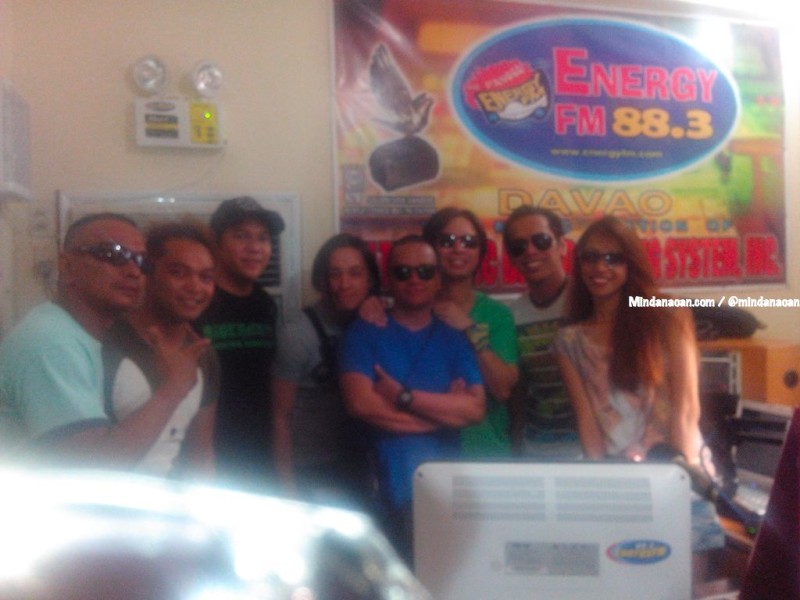 Our last stop was iFM Davao. Because the ride from Energy FM to iFM took a while, this happened to Norberto Romantiko: 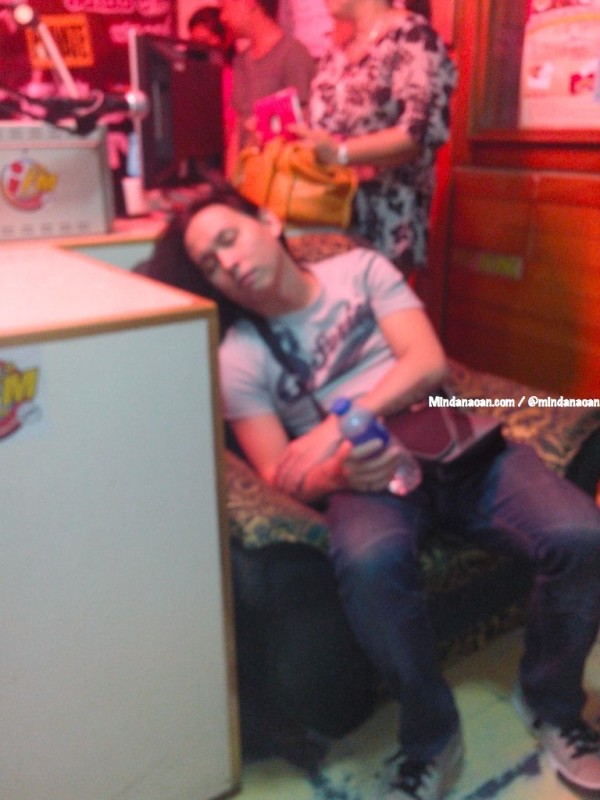 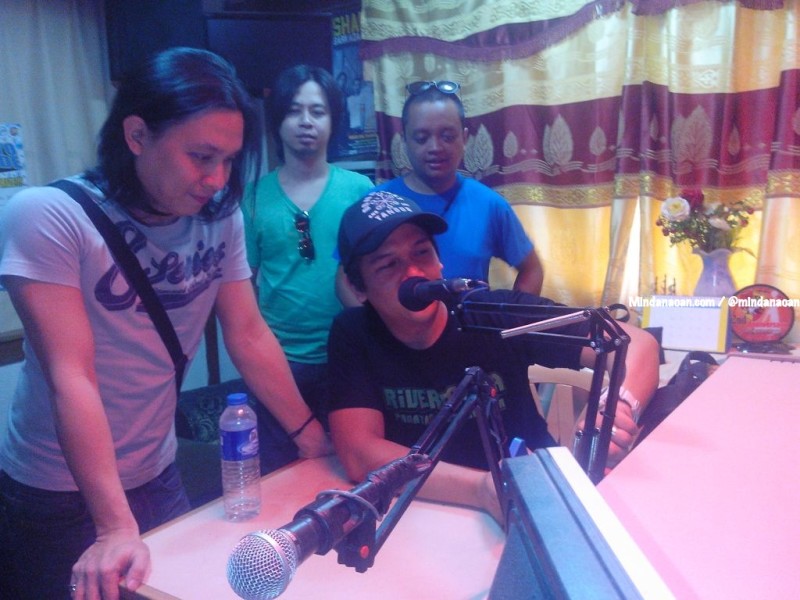 Then off we went to SM Davao Annex. The guys and I were told that there already was a crowd waiting at the atrium. 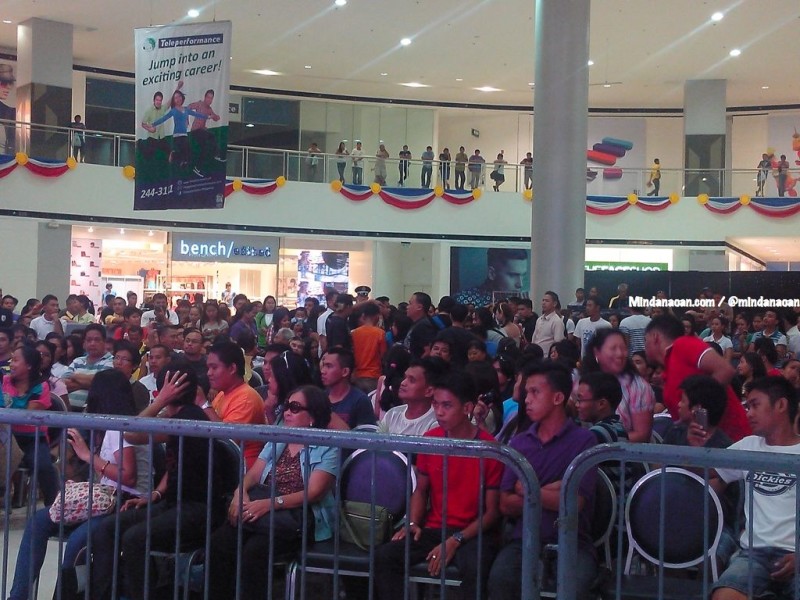 The guys and I stayed at a holding area near the stage.

This was my view 🙂 Handsome, no? 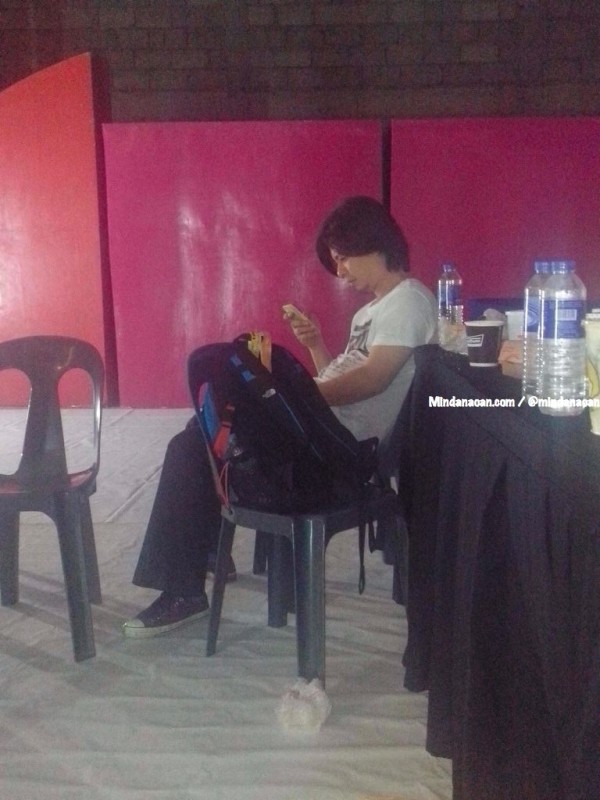 By the way, I found out that the guys love milk tea! So if you want to put a smile on a Rivermaya band member, offer him milk tea with pudding and rock salt and cheese 😀 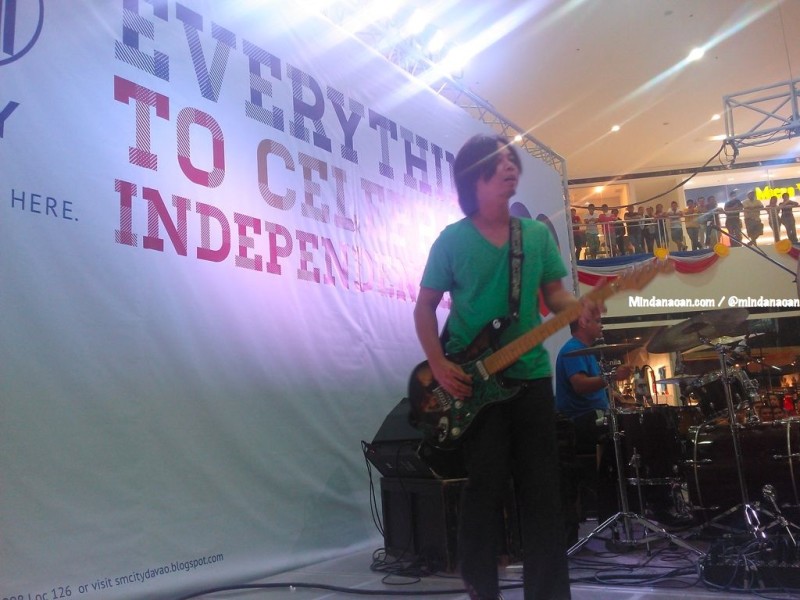 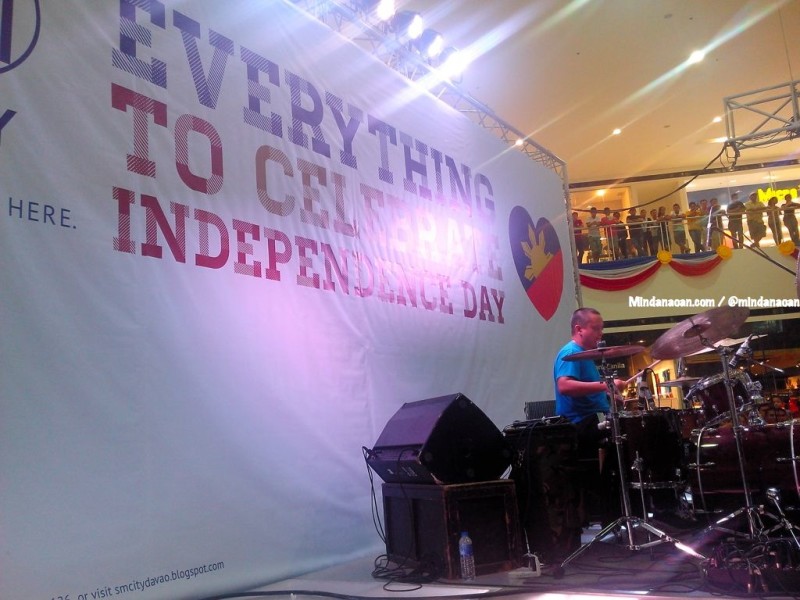 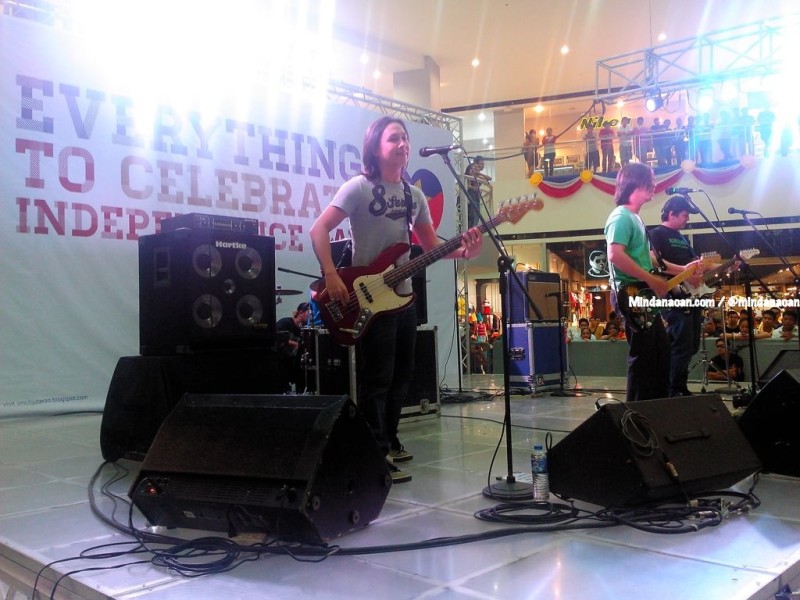 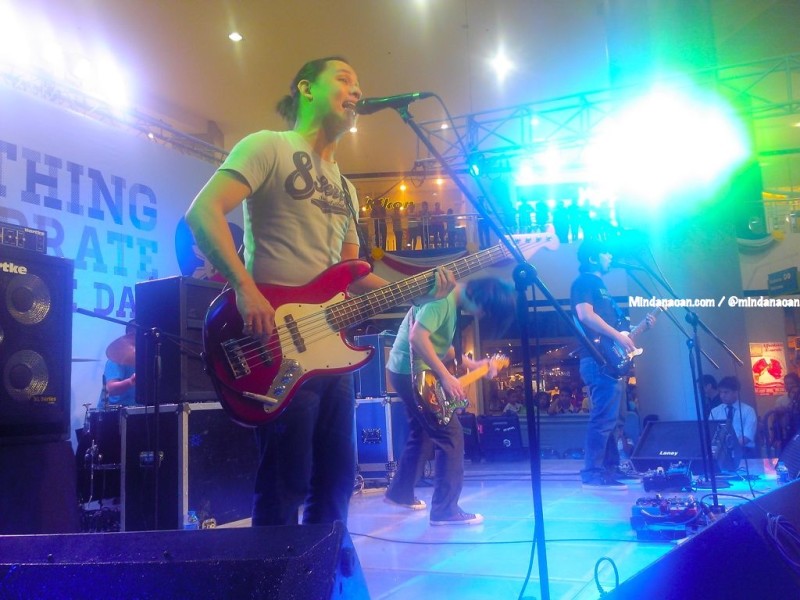 Watch these electrifying performances by Rivermaya:

Rivermaya really made a lot of my fellow Dabawenyos happy that day! I was, of course, the happiest, though! 🙂

Thanks to all the Davao City radio station managers and staff who accommodated us that day, to the SM City Davao management and staff (special thanks to Arianne and Jolen! Daghang salamat!) and my sincerest thanks to Rivermaya for letting me tag along 🙂