UPDATED: Very affordable ticket prices below! YES! MACKLEMORE IS HEADING TO MANILA!!! Superstar duo Macklemore and Ryan Lewis Live in Manila on March 16, 2014 at the Mall of Asia Arena! Who’s ready to go to the “Thrift Shop” and “throw our hands up like the ceiling can’t hold us”? If you’ve been following Mindanaoan on Twitter, well, folks, this is the exciting news I’ve been dying to share with you all!

Macklemore and Ryan Lewis are bringing their multi-platinum hits “Can’t Hold Us,” “Same Love,” “White Walls” and of course, “Thrift Shop,” called by Forbes as “one of the biggest sleeper hits of the decade, earning certification for 7 million downloads sold in the United States” alone. Macklemore and Ryan Lewis’ “The Heist” album also sold more than 1 million copies, perform before SOLD OUT crowds all over the world and get this — they also earned SEVEN Grammy nominations! 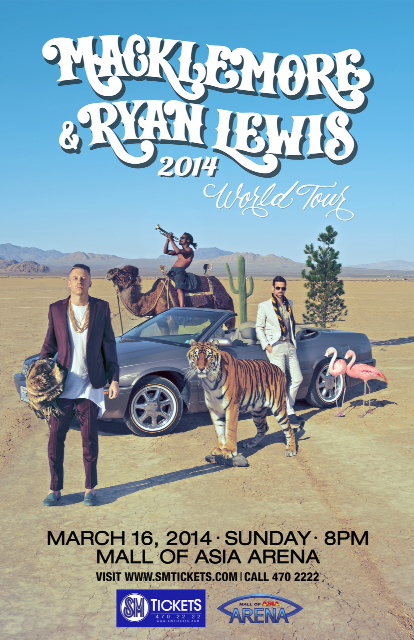 Who’s ready to pop some tags at the Thrift Shop with Macklemore and Ryan Lewis? 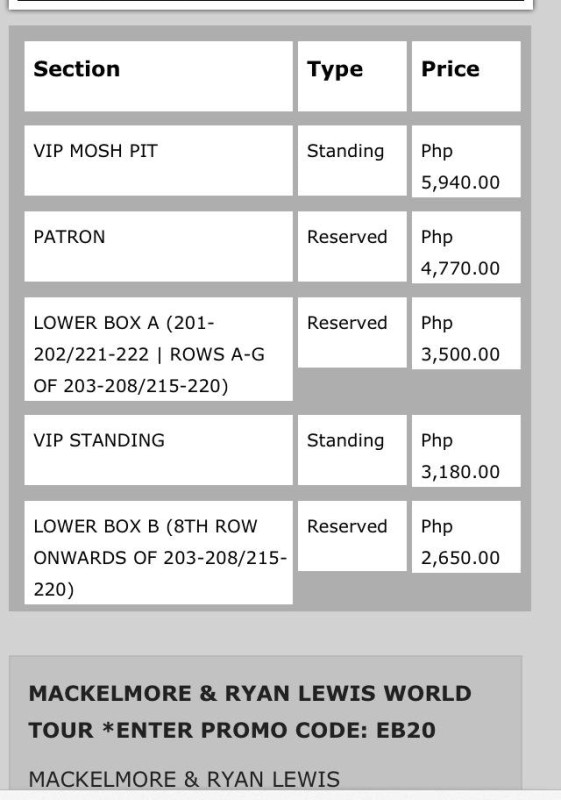 I leave you with a video of Macklemore and Ryan Lewis as they sing “Can’t Hold Us.” You MUST watch this and see exactly why you have to catch them in Manila this March 16, 2014!