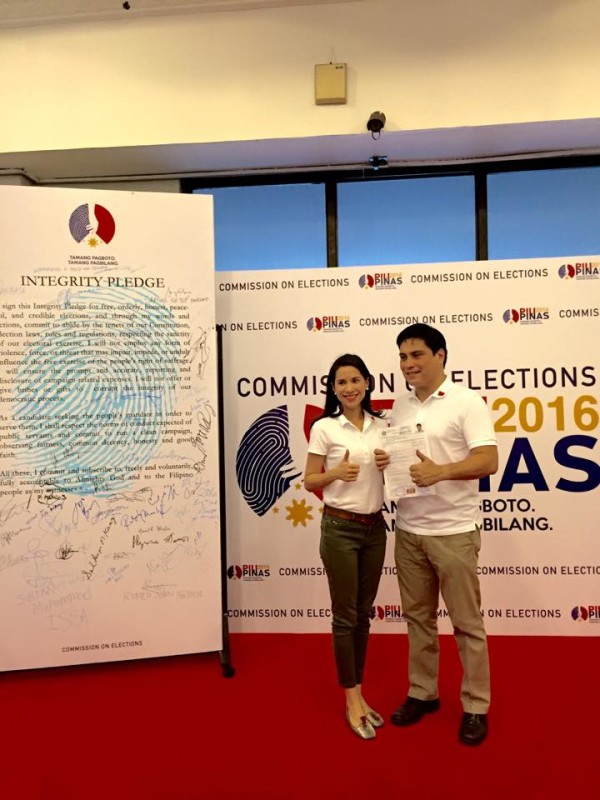 “I’ve been very happy quietly living a private life with Audrey and our three kids, and tending to our small business for more than two years now. I really had no plans to return to politics. But people have been walking up to me and encouraging me to run for the Senate. So here I am, moved and overwhelmed by their support,” Zubiri said.

Zubiri will run as an independent but he also confirmed that he was adopted as a guest candidate under the tandem of Senators Grace Poe and Chiz Escudero. Poe and Escudero are running for President and Vice President, respectively.