“Sen. Cayetano, after being silent for quite some time, is once against acting and talking like a wild and rabid dog. He is throwing wild accusations simply because he himself cannot answer the issues being thrown at his running mate because it will contradict everything that he is and has stood for in the past,” Escudero said.

Escudero also took exception to Cayetano’s claim that the “businessmen supporters” of Poe are funding the negative advertisement against Duterte.

“Before he questions Sen. Grace about the supposed businessmen who are allegedly behind her, he should look at himself in the mirror first,” Escudero stressed.

“It is a fact that more big businessmen are behind him and his campaign for how else can he afford to spend nearly half a billion pesos on pre-campaign ads alone, not to mention other campaign expenses?”

In a hastily called press conference, Cayetano bared an alleged conspiracy among Malacañang, Poe and Roxas to prevent Duterte from winning in the May 9 polls.

Cayetano claimed that the Palace initially tried to make either Roxas or Poe pull out from the presidential race for them to have a united front, but the plan supposedly did not materialize.

He also alleged that the Palace and the camps of Poe and Roxas were behind the negative ad against Duterte, which was shown on television Thursday night, but Escudero vehemently denied this.

“Sen. Grace and I ran a clean campaign and we have avoided hitting our opponents or engaging in negative campaigning. What Sen. Cayetano is accusing Sen. Grace of is simply not our style and completely out of character for us to do, much less tolerate,” Escudero pointed out.

Besides, the Bicolano lawmaker said he would not allow powerful businessmen and politicians to continue to dictate the course of politics and the election in the country.

“I am against an election being decided by a select few or by the elite who are simply the so-called ‘powers that be.’ I will not tolerate it and I will always fight for the power and right of the people to decide freely who they want to serve as president and vice-president sans any manipulations of the elite in trying to syndicate the elections,” he said.

At the same time, Escudero said Cayetano should stop accusing Poe’s camp as among those behind the negative campaign against Duterte, pointing out that “the only one with the capacity and stomach to do this is the administration and the LP.”

“Don’t blame or look at us,” Escudero said. 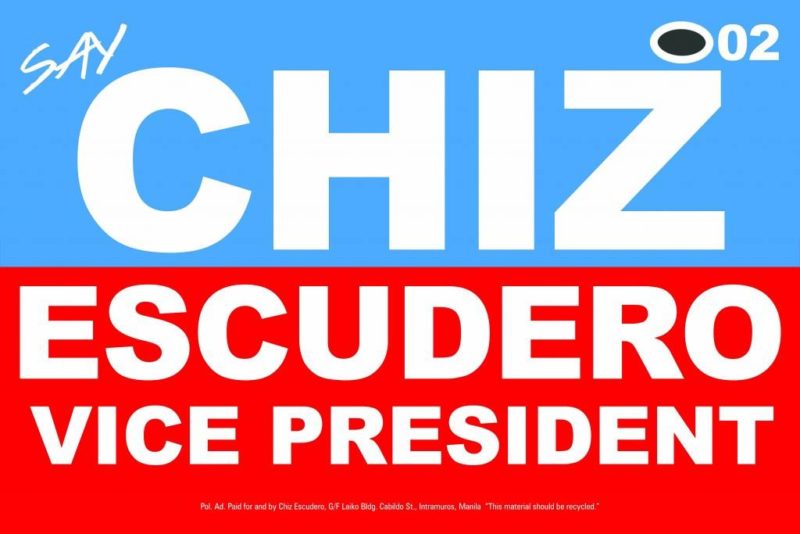