A drug rehabilitation center is set to rise in Malaybalay City, the capital of the Province of Bukidnon.

My dear friend Senator Juan Miguel Zubiri told me today that the Php 700 Million drug rehab center will be put up on a 5 hectare land along Diversion Road, Barangay Casisang, Malaybalay City.

A non government organization, Friends of the Philippines Foundation, donated the amount. 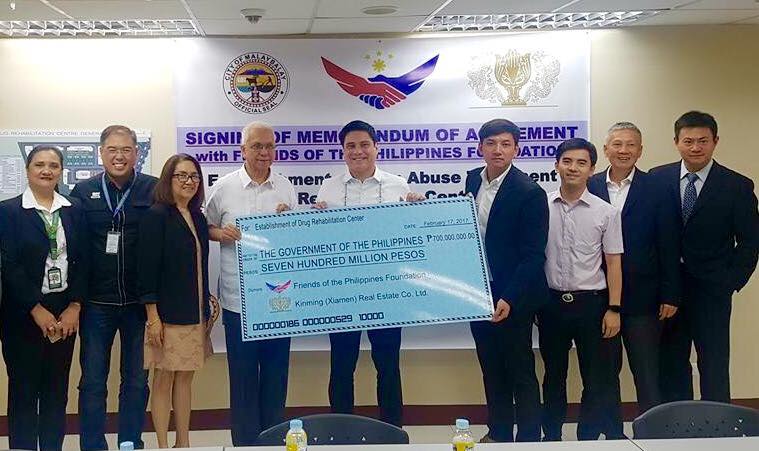