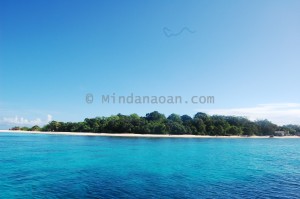 My family and I went to the Island of Camiguin a few months ago. What supposedly was a time to relax and unwind turned out to be work somehow. You see, when we visited the beautiful islet of Mantigue in Camiguin (the “less popular” islet — tourists usually go to the famous White Island), we learned from the residents there that the local government has started to send them feelers. The residents said that the local government wanted them off the island as soon as possible because they were considered “illegal occupants.”

The residents opined, however, that most of them have been born in the island. They asserted that they were “natives” there and that they grew up knowing only one home and that is Mantigue. Over the years, they learned how to fish, culture seaweeds and eventually welcome and cater to tourists who wanted to spend the day on the island. They said that they have somehow built a community and they even have a small elementary school and Catholic chapel within the island. I found their story a bit interesting.

Fast forward a few months later, the Supreme Court released a statement saying that the Island of Boracay is public property. That reminded me of the 4.4 kilometer-wide Mantigue Island issue. Apparently, if the circumstances concerning both islands are a bit similar, then I wouldn’t be surprised if the Camiguin 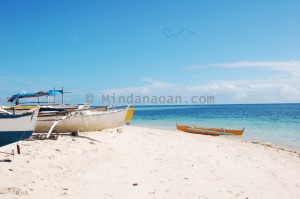 government would also state that Mantigue is also public property. I’m sure that the Camiguin local government unit can’t wait to get its hands on the island and develop it as a major tourist spot because really, as you can see in the photos I took, the island is spectacular. From what I’ve gathered so far, the Department of Environment and Natural Resources (DENR) has issued Administrative Order 98-13, reverting Mantigue Island’s category to forest land. As such, anybody who’s staying there would indeed be considered as illegal occupants.

Unfortunately, I learned from the residents themselves (based on the numerous text messages that they sent me) that roughly 42 families have already been charged with illegal occupancy and that some of their companions have been imprisoned while some have pending warrants of arrest. 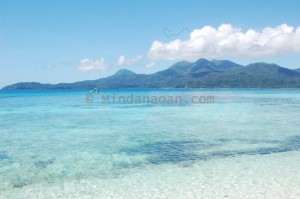 And well, like most government-led pledges, those weren’t followed, according to the residents. They told me that the families that decided to leave the island only got a half sack of rice each and got carpenter assistance for only 5 days. Some residents also said that the families that opted to stay in the island are now shivering in fear since the government still continues to demolish their shanties. Some of them even receive threats.

It’s really alarming whenever we hear situations like these. First you drive people away from their homes then you have the gall to offer some sort of severance but then you don’t keep your end of the bargain. And you expect people NOT to go back to their homes and just continue on with their lives or complain and fight for their rights? Exactly where’s the justice in that?

While I understand that there’s need for us to boost tourism and all that – there are still a lot of other options, truth be told. Offer these families livelihood programs. Solid, working, feasible ones, please. And make sure that all these efforts will really be good for everyone in the long run. I’d hate to learn that only a few will benefit out of this so-called “eco-tourism” project. I’d hate to know that a large hotel chain will be given preference over tens of families. I’d hate to learn that some big-time businessman who happens to be a friend of “someone in power” will basically be laughing all the way to the bank while families are left homeless, hungry and helpless.