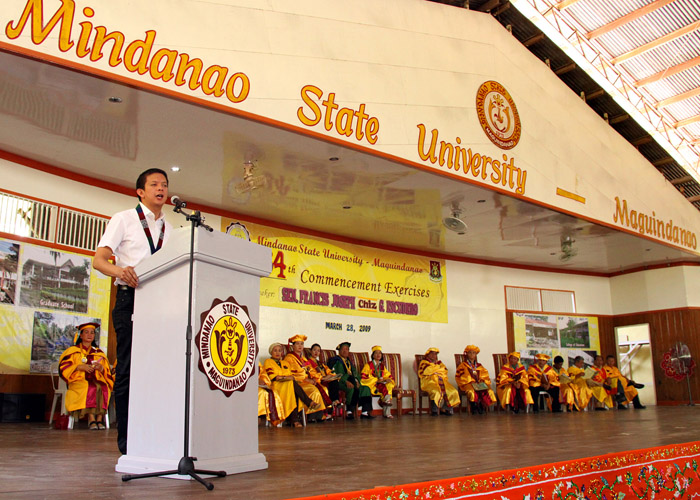 The next Philippine national elections may still be a little over a year away from today but the various personalities believed to be among the “2010 senatoriables” and “2010 presidentiables” have started to make their presence felt here in Mindanao.

Just a few days ago, Makati Mayor Jejomar Binay paid Cagayan de Oro City, Mindanao a visit. He was the guest of honor in an SK-related event, I think. However, sources told me that he also proceeded to the Province of Bukidnon to meet some political allies.

Care to guess what they discussed?

Senator Mar Roxas, on the other hand, has also been visible around Mindanao as of late. Touted as the Liberal Party’s presidential bet, Senator Mar has been doing the rounds here as commencement exercises speaker.

Check out his Kaamulan 2009 greeting for the people of Bukidnon (this video also appears in Bukidnon Online):

The Office of Senator Richard Gordon, meanwhile, has also been on a roll as of late. I’ve been receiving a ton of press releases/media statements from his office.

Another Mindanaoan believed to have very good chances of winning a Senatorial seat has also slowly but surely started to become more and more visible — Atty. Adel Tamano.

With these types of direct and “subtle” PR efforts, you can’t help but wonder if the campaign season has already begun. When does being a public servant end and being a “presidentiable” or “senatoriable” begin?

And more importantly — given all their visits and PR campaigns here in Mindanao — do you think they’ve tickled the Mindanaoan’s fancy?