The Ateneo de Zamboanga University Concert Band will mark its 77th anniversary with a ground-breaking tour of Mindanao. 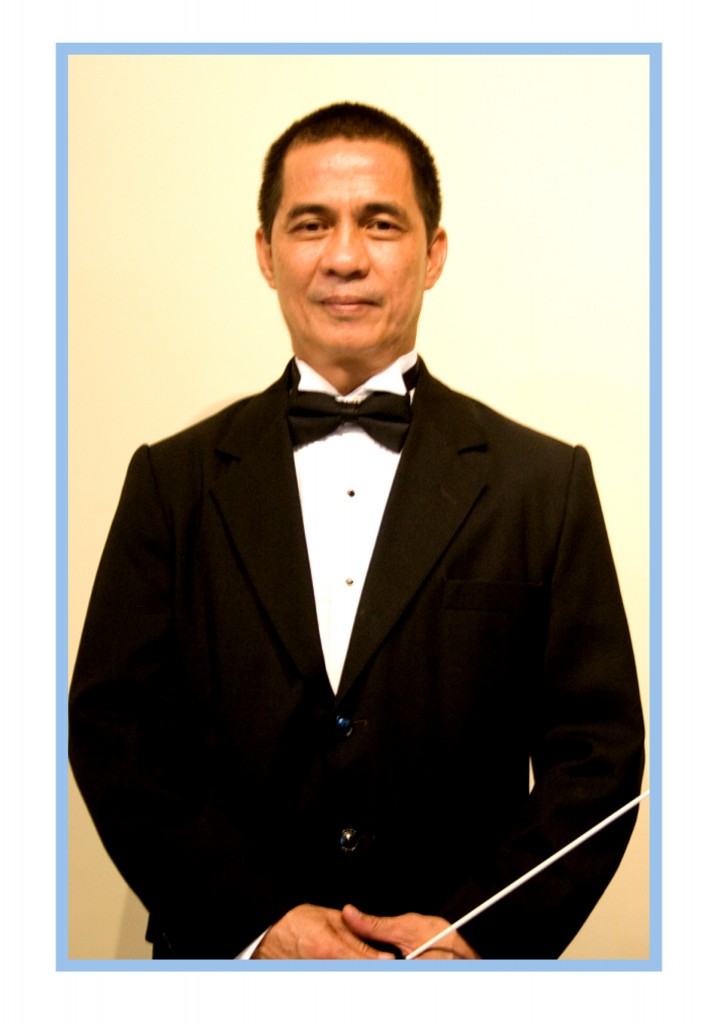 “This concert tour is in celebration of the Sesquicentennial (150 years) of the return of the Jesuits to the Philippines,” said band director Apolonio “Poli” G. Enriquez. “This is also in celebration of 100 years of the Ateneo de Zamboanga University from 1912-2012.”

The band concert dubbed “Stint” will play at Xavier University on November 24th, (Tuesday) with a 3.00 PM Matinee and 7.00 PM Gala performance.

This will be followed by a similar performance at the Rodelsa Hall of the Liceo de Cagayan University on the 25th, Wednesday, 7.30 PM. Tickets are available from P 30 to P 150 at XU and at P 100 (for students) and P 200 (for non-students) at Liceo.

Fr. Tony Moreno, S.J., AdZU president, said he got the inspiration for the concert tour following the band’s superb performance at the Brebeuf gym during the latest Fiesta Pilar weekend. Moreno, a Cagay-anon who traces his roots to Balingasag, Misamis Oriental studied at Xavier University High School and Ateneo de Manila University.

“During the concert, I texted the Presidents of Xavier University-Ateneo de Cagayan (XU) and Ateneo de Davao University (AdDU) and both are thrilled at the thought of having a concert in CdO and Davao,” Fr. Tony recalls. “Many people tell me our band is the pride and joy of AdZU, but it saddens me if we can’t share their talent with our sister universities. The farthest they’ve been to is Basilan! I’ve long wanted to expose them as far as CdO and Davao. Our aim is to expose our band to other places, and get them to raise some funds for their aging instruments.”

Founded in 1932, the band was reorganized in 1952 with Prof. Arcadio Perez as band Director. It aims to develop the musical talents of the Atenean to help build a well-rounded person as well as help him get a Jesuit-inspired education through his musical talent.

The band had its latest transformation into a concert band from its previous reincarnation as a pep and marching band when Enriquez assumed his present assignment in 1991.

A member of the band during his high school and college days at the Ateneo, Enriquez studied conducting under Prof. Alfredo Santos Buenaventura at the Centro Escolar University Conservatory of Music and is also a choir director, arranger, conductor and brass teacher.

Band members undergo a two-year beginners’ course training that requires them to finish the elementary and intermediate method books. They are the elevated into the regular band and are entitled to 50% scholarship (tuition only). After going through the first and second advanced books, they qualify for a full scholarship. Beginners mostly come from the grades 4 and 5 levels.

At present, the band has fifty (50) members, twenty four (24) of whom are college students, twenty (20) are from the high school and six (6) from the grade school.

Today, the ADZU Concert Band performs a wide variety of music ranging from Classical to Rock. It performs Tchaikovsky’s 1812 Overture, as well as Rossini’s William Tell, works of John Williams and themes from the movies. This includes hits from the seventies, eighties and nineties.

“Our concert will feature classics, Filipino compositions, themes from the movies, music of the big-band era, and even Rock numbers for our younger audiences,” Enriquez said. “Among our favorites are Prof. Lucio San Pedro’s works- Lahing Kayumanggi, his suite pastorals, Dapithapon, Abot-Tanaw and Pistahan sa Nayon.”

The band won the Zamboanga Brass Band competition in 2001, 2002 and 2008 besting all other bands in the City including the military bands (i.e. Southcom and PAF Bands). It has regularly performed concerts in and out of ADZU and has been invited to perform several times in City Government functions such as the City Awards Night.

The Ateneo de Zamboanga University in its desire to promote art and culture has established a Center for the Performing and Visual Arts (CPVA). It has also established a Gallery of the Peninsula and the Archipelago where now, artists from all over hold their exhibits and where students and ordinary citizens come to see and appreciate works of art.

The AdZU also established the Institute for Cultural Studies for Western Mindanao (ICSWM) and the Ateneo Peace Institute for the inter-religious and inter-cultural dialogue for the promotion of PEACE.

“It’s the best Ateneo Concert band – no question about this,” Moreno stressed. “If you feel dissatisfied with the concert, let me know, you will get your money back. But if you are pleased with it, you pay double!”

Thank you very much to Sir Mike for the info! Visit Kagay-an for more updates. See you at the concerts!