So during Mindanaoan’s Sinulog Festival 2010 escapade, I had the chance to catch one of the performances featured in the “Cebu, Cebu” event held at a large mall in Cebu City. “Cebu, Cebu” is an event that aims to focus the best of Cebu — from food to designers to jewelry to crafts to artists. And two of the artists that came to perform during that weeklong celebration included singer-actress Pinky Marquez and crooner Chad Borja.

Chad Borja may be from Cebu but he has been based in Davao City for several years now. He regularly performs at Kanto Bar over at Matina Town Square (MTS), Matina, Davao City, Mindanao.

Kanto Bar, by the way, is a favorite “must-drop-by” place by Manila-based Dabawenyo artists. Artists like Jay Durias and Jinky Vidal and the rest of Freestyle band. Whenever they have gigs in Davao City, they usually see to it that they drop by Kanto Bar after their show.

I should know, I usually tag along with them 😀

For instance, during South Border’s recent trips to Davao, we’d proceed to Kanto after their shows and the guys will jam. Sometimes Chad sings with them. Believe me, it’s quite an experience to listen to real, passionate and very talented musicians jam.

Anyways, before I totally digress…Chad Borja really wowed the Cebuano crowd. His voice was soothing yet powerful and he still had that charm. Proof of this is the number of ladies who got so enchanted with the “Ikaw Lang” singer that they kept on shrieking like college girls 😀 There were also a lot of ladies who kept on having their pictures taken with him even as he sang. Oh well 🙂

Here are some of the shots I took of Chad and Pinky during that “Cebu, Cebu” event: 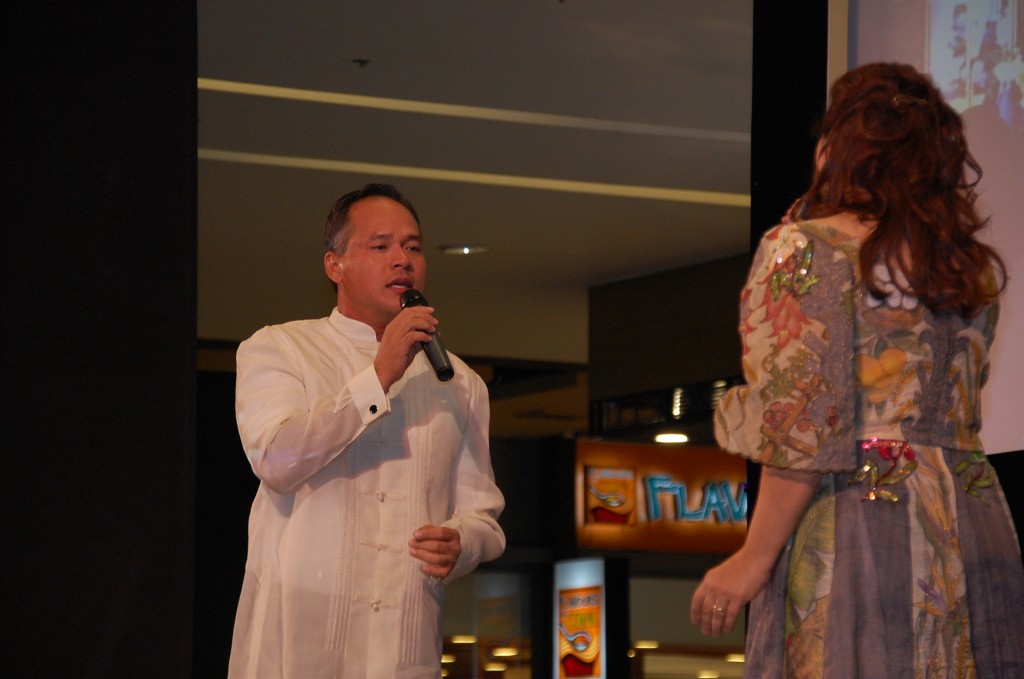