I was personally curious as to how the show would go. Of course, it was obviously a political affair in the guise of a variety show. However, and I say this with all fairness, you could sense during the show that because Willie Revillame is an avid supporter of Manny Villar, the show had “heart” (Willie spoke spontaneously as he rallied support for Villar, Legarda and the senatorial candidates, he shared personal experiences, personal thoughts about what the country needs and how Villar can help) and a lot of people really came not because they were “hakot” but because they wanted to see for themselves if indeed Senator Villar was the “sagot sa kahirapan.” I interviewed a lot of people before the show (hundreds already waited as early as 2 PM) and they told me that they wanted to hear for themselves what Senator Villar intends to do, should he gain the presidential seat.

Roughly 100,000 people came and watched the show, which was held at the North Reclamation area in Mandaue City, Cebu. As you can see from the photos I took, a huge stage was put up just for the show and a huge orange check shone brightly at the center of the stage.

Yes, it was a “bongga” show. I’m pretty sure people didn’t mind that the Nacionalista Party candidates were given time to speak and share their platforms of governance. The show was, after all, free and it was “Wowowee.” The show reeked of celebrities – from hosts Randy Santiago and Valerie Concepcion to guest performers Aegis band, Princess Ryan, Christine Reyes, Andrew E. (who brought the house down!) and April Boy Regino (who reportedly came back from the USA just to help in the Nacionalista Party campaigns) And then of course there’s Willie Revillame and his Kembot Girls (one of them was the “Congratulations” girl) plus a special guest sent in a video greeting straight from the USA — no less than Manny “Pacman” Pacquiao.

If the show’s main goal was to gather thousands of Cebuanos and hopefully encourage them to vote for Nacionalista Party bets, my guess is that they succeeded that night.

Anyways, Mindanaoan would like to share some of the photos I took during the show. Please note that Mindanaoan owns all rights to these photos. If you wish to use them in any way, please CONTACT ME. Thank you! 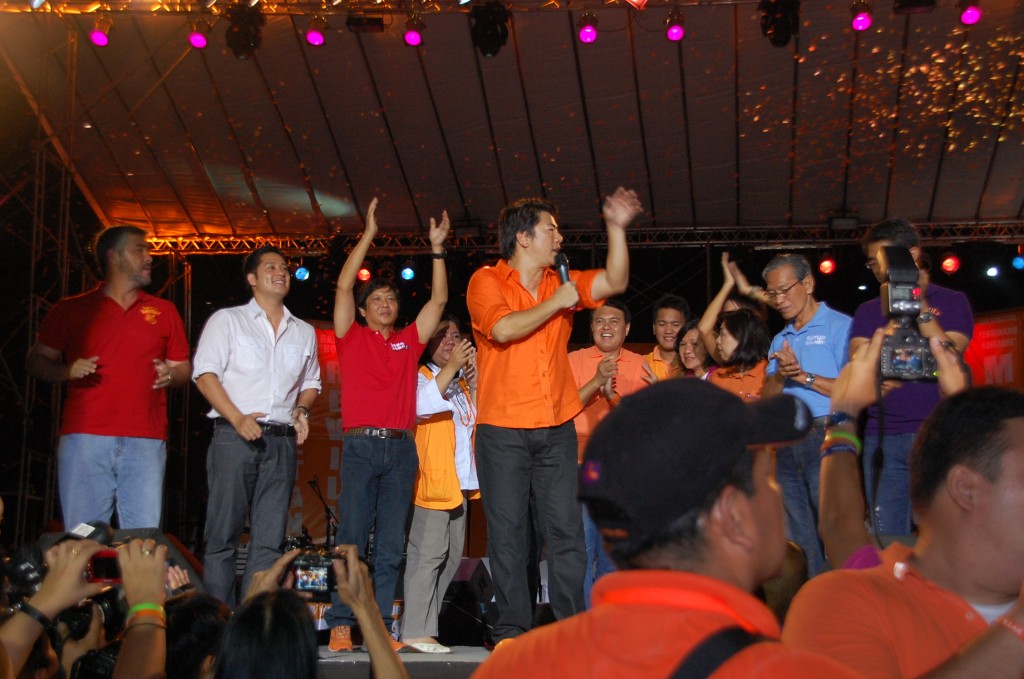