A few weeks ago, this blogger from Mindanao, along with her friends, had the chance to watch the live telecast of PO5 (Party on 5) right inside the studio, thanks to my dear friend Jay Durias of the band South Border. P.O.5 or Party On 5 is TV5’s Sunday noontime variety show – their answer to ABS CBN’s “ASAP XV” and GMA 7’s “Party Pilipinas.” 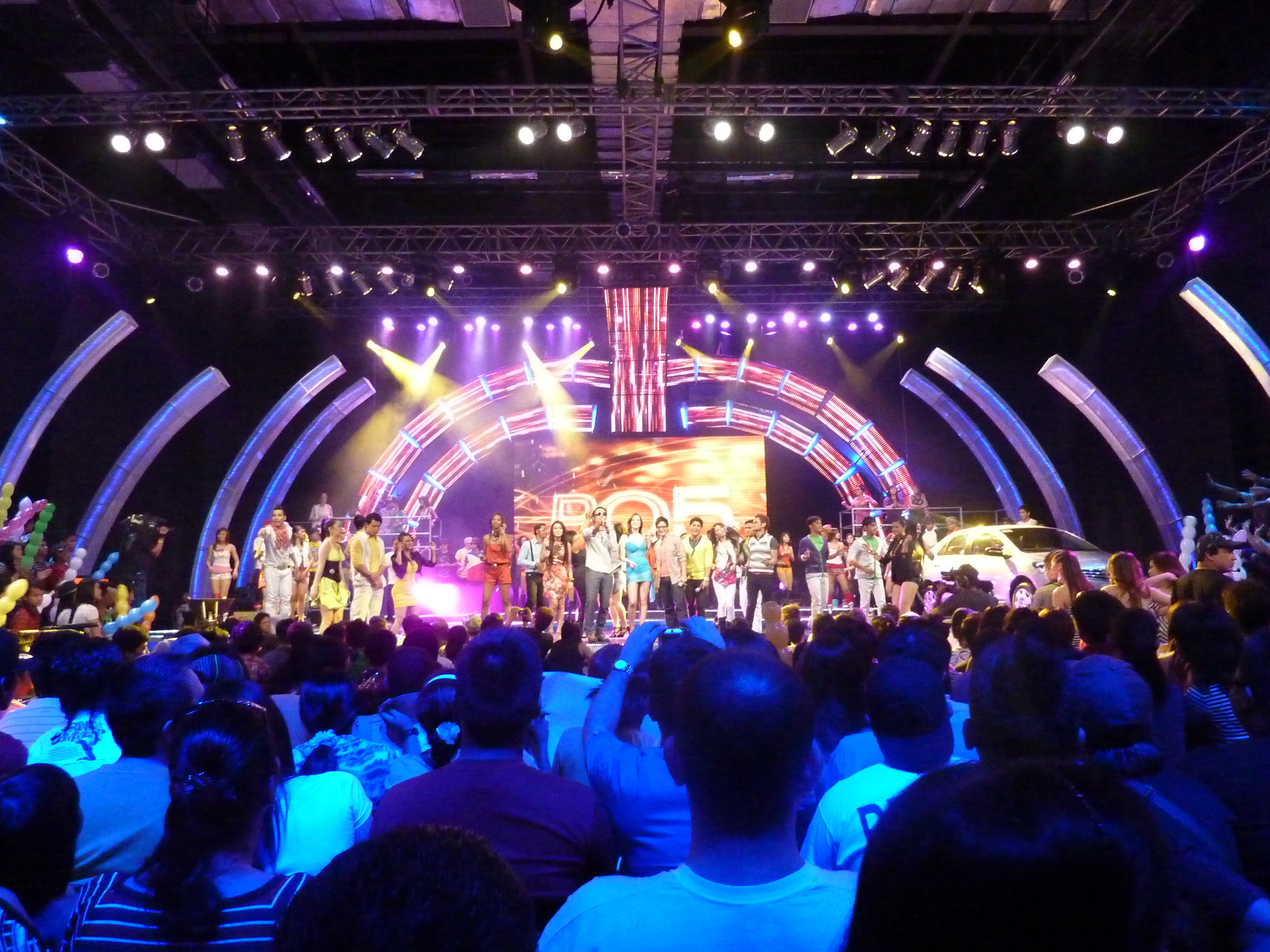 The show’s hosts include Lucy Torres-Gomez (who’s now a congresswoman – not sure if she’ll continue her hosting job), John Estrada, Wilma Doesnt, JC de Vera, Alex Gonzaga and Tuesday Vargas. Ryan Agoncillo was still a part of the show when I watched it live from the studio but he later quit in order to attend to wife Judy Ann Santos’ pregnancy. Guess who the show’s musical director is? Jay, of course! 🙂

I was also absolutely KILIG to find out that the Callalily band and their main guy Kean Cipriano are mainstays in PO5. Yep, I’m not afraid to admit it. I like Kean (okay, I really, really like him) and ever since I got the chance to meet him and work with him, (I was hired as event organizer of a Callalily concert a few years ago) I have become one of their most avid fans. The kind who will scream from the top of her lungs whenever she catches Callalily music videos on TV! LOL

And it didn’t help when I found out just last December that one of the people that I’ll be working with during the recently concluded senatorial campaign was his uncle. But that’s another blog entry! INNEResting blog entry, I must say.

Anyways, the PO5 show airs live from KB Studio along Marcos Highway, Marikina. I think it’s the largest, fully equipped soundstage-studio in the area (if not the entire Metro Manila). If you want to watch the show, better be at the studio gates by 9AM. We were at the studio by 10:30 AM but that was because Jay led us in.