Fellow Mindanaoan, Sarangani Congressman and the world’s best pound-for-pound boxer, Manny “Pacman” Pacquiao, is set to face Mexican boxer Antonio Margarito on November 13, 2010 at the Dallas Cowboys Stadium for the World Light Middleweight Championship belt. As expected, this will be another day when Filipinos all around the world will root for our very own Pacman. I bet all Mindanaoans will again feel so proud of Manny Pacquiao, who was born in Kibawe, Bukidnon but who has lived in both General Santos City and Sarangani for several years.

For sure, this Pacquiao vs Margarito boxing bout will be another blockbuster! 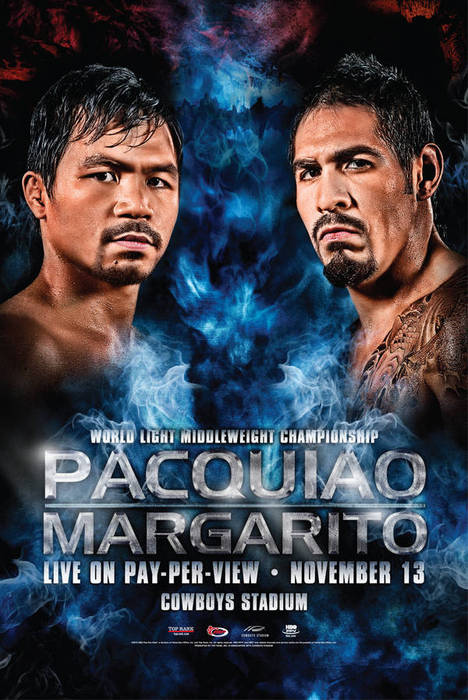 I must admit, I have a few reservations about this Pacquio versus Margarito fight.

Margarito, a former World Boxing Association Welterweight Champion, was once embroiled in a controversy whereby he and his team were accused of tampering with his hand wraps prior to his fight against Shane Mosley. Margarito’s hand wraps allegedly contains sulfur and calcium, which, when combined with oxygen, forms “plaster of paris.”

I really hope there won’t be any foul play involved during the Pacquiao vs Margarito championship bout on November 13.