The world’s number 1 pound for pound boxing king Manny Pacquiao is set to wear a pair of yellow gloves come Pacquiao versus Mosley fight night to show support for Gawad Kalinga. Gawad Kalinga or GK is an organization that has built at least 50,000 homes in the Philippines, has tens of thousands of volunteers all over the country and has successfully housed over 500,000 people for low-cost housing.

Accordingly, my fellow Mindanaoan Manny Pacquiao will wear yellow gloves “to represent movement and hope.” The top Filipino boxer and current Sarangani, Mindanao representative is also asking everyone to wear yellow during the Manny Pacquiao vs Sugar Shane Mosley fight this weekend.

The Manny Pacquiao versus Shane Mosley fight will be held at MGM Grand in Las Vegas, Nevada on May 7, 2011 (May 8, 2011 in the Philippines).

I think it’s a great idea for Congressman Manny Pacquiao to do this especially during a really big and much anticipated night. He will definitely help raise awareness for Gawad Kalinga and their programs 🙂 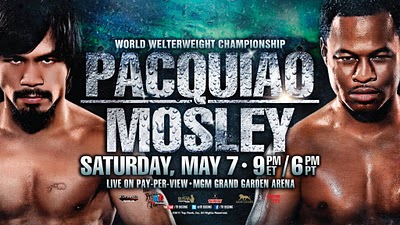 WHAT ABOUT YOU? WHAT ARE YOUR THOUGHTS?