The Mindanao Film Festival 2011 is an initiative to showcase films made in, made about and made by Mindanaoan filmmakers. The festival aims to popularize the art of independent filmmaking as an essential medium of cultural and artistic expression.

This year, there will be two categories. One is the Exhibition Films and Student Films — these are films shot between October 2010 and September 2011. These films should not have also been shown in past Mindanao Film Festivals. The second category is the Guerrilla Film Making competition.

Please feel free to SHARE this blog post about the Mindanao Film Festival 2011 Call for Entries to all of your friends, loved ones, colleagues etc. Thanks a heap 🙂 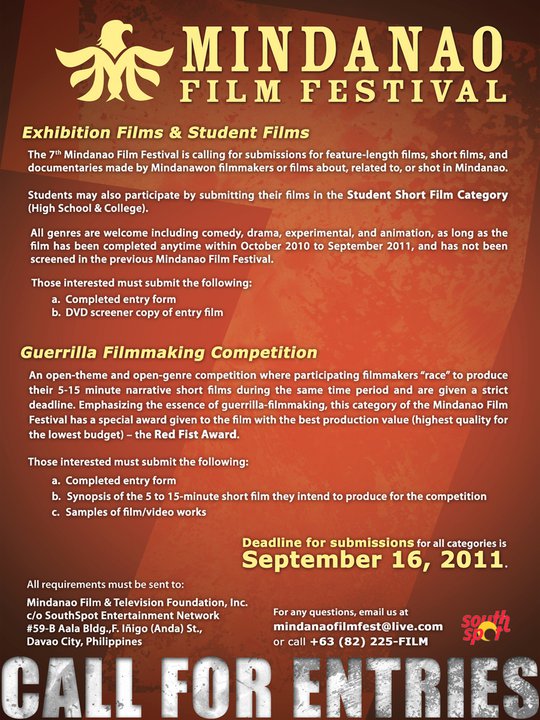