Gingoog City is a 74, 400 – hectare chartered city nestled in the northeastern coast of Misamis Oriental. It is a peaceful and simple city that is between two other cities: Cagayan de Oro City (122 kilometers) and Butuan City (74 kilometers).

The Manobo tribesmen were the first to settle in the area. They cultivated the land, established a common trading center and set up the early social structure of the area. Later, they grew in number and widened their settlement from the present day Barangay Daan Lungsod to the Gahub-Mangiskis area. With a system of leadership involving a brother and sister team of Bingue-Binguela, the settlement developed into a pueblo in 1868. With the introduction of the Jesuit missionaries in the pueblo, the Christian doctrine also spread among the townspeople; marking the era of Christianity in the pueblo. As in all other Northern Mindanao areas, the pueblo was put to test by and contended series of battles with the Spanish colonizers, Japanese occupants and American forces throughout history. With the efforts of the local officials, Gingoog became a municipality in 1903 and finally, a chartered city in 1960.

Literally, the Manobo term Gingoog means good luck; thus the city is known as the City of Good Luck. True enough, there is good fortune in the city. With a booming agricultural and tourism industry, a peaceful and simple lifestyle and globally competitive facilities, good fortune is always at hand. 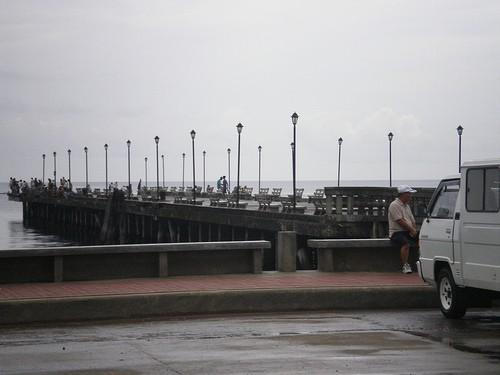 The most widely spoken languages and dialects in Gingoog City are Cebuano, Higa-onon, Ilongo, Tagalong, Chinese and English. The weather and climate condition are just like its people, warm. The climate is characterized by long periods of indefinite dry seasons and pronounced rainfalls. The temperature is moderate, with an annual average of 26.8 degrees centigrade.