I am a Dabawenya. Born and raised in Davao City. Anybody who knows me can attest to how much I love my hometown and how much I respect the government officials voted by the people. Anybody who has also been reading this Mindanaoan blog for a while now would know that I consider the Dutertes as not only powerful but efficient public officials.

Davao City Vice Mayor Rodrigo “Rody” Duterte (who’s running virtually unopposed for Davao City mayor in the May 2013 elections) has done a lot for Davao City. I’m pretty sure a lot of people would agree with me. He runs the city with an iron fist and his style of governance works well for a city like Davao. Under his leadership (and his daughter’s, incumbent Mayor Sara), Davao became a smoke-free, firecracker-free and non-biodegradable plastics and styrofoam-free city. Davao City is considered one of the world’s livable cities, it is one of the cleanest in the world and investments come in non-stop.

But with these achievements also come controversies. Not too long ago, his daughter Mayor Inday Sara Duterte punched a sheriff. His son Paolo (who’s running for Davao City Vice Mayor next year) flashed the dirty finger on national TV. And just last night, Davao Vice Mayor Rodrigo Duterte made a very startling (but NOT surprising) offer: a reward of P2 million pesos to anyone who captures alive Ryan Yu (alias Baktin), an alleged local car theft syndicate leader. “Baktin” means piglet in Bisaya.

Yes, you read that right.

Duterte even said that he will source the supposed bounty from his election campaign funds.

Needless to say, the Commission on Human Rights folks are going crazy. They say that the bounty is a gross violation of the law.

But if you ask Dabawenyos right now (especially the victims of these car thieves), they say that Duterte’s offer is but right. 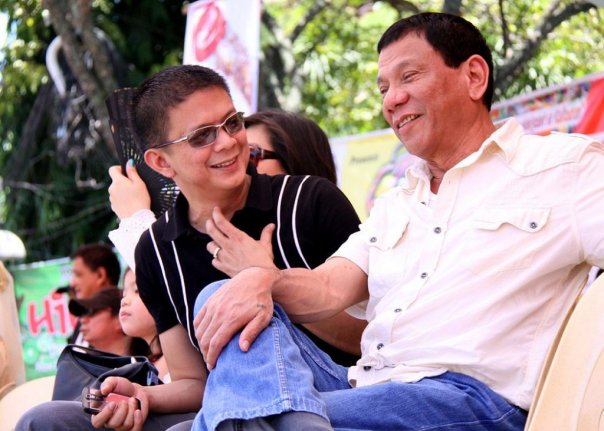 So now I want to ask you — what are your thoughts about this?