It was a really long, tiring day. Woke up at 6 AM, which I rarely do, to start on the tasks. My hardworking staff members were still asleep, having only returned from their overnight propaganda tasks at 5 in the morning!

Anyways, after hours of preparation, this was what happened the evening of March 2, 2013. Tens of thousands of people were already gathered at the Capitol Grounds in Malaybalay City, Bukidnon. I have to say, though – the Team UNA campaign rally in Bukidnon was a concert-slash-rally-slash-fireworks-display event. Since it was the Kaamulan Festival 2013, there was a telecom-sponsored concert that night (topbilled by Itchyworms and Tanya Markova) plus the much-awaited grand fireworks display. Yes, there were people who came to hear the Team UNA senatorial candidates speak but there were also who came to watch the concert and see the fireworks display, which has already turned into an annual activity. 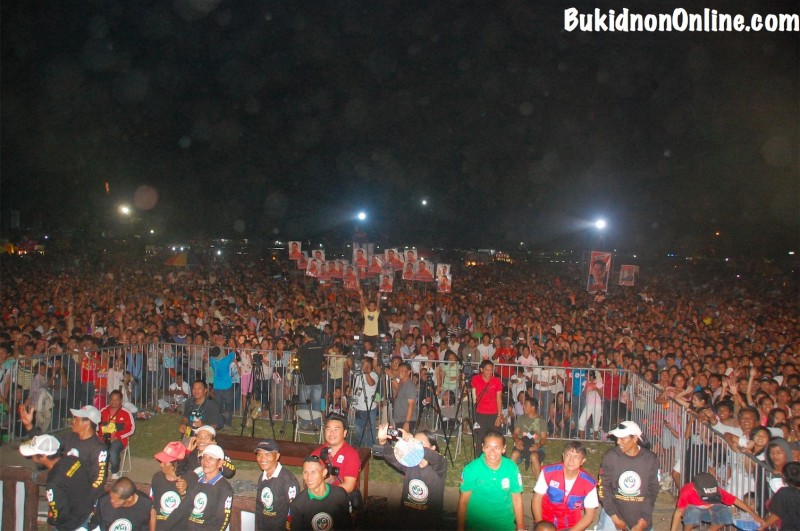 Only Jack Enrile was absent that night. I finally saw Nancy Binay and Mitos Magsaysay upclose. I already met the others in different occasions – JV Ejercito Estrada visited our humble Happy Eggs Eatery in Cagayan de Oro, Tingting Cojuangco played a major part in the First Islamic Fashion Festival in Manila (where I helped as social media strategist) and the others via press conferences/media gatherings. And because Juan Miguel Zubiri or Sir Migs is a longtime friend, he called me by name when he spotted me a few feet away. He also gave me a big hug and a kiss on the cheek. That’s how he is. Friendly and sweet.

The other Zubiris were also there – Bukidnon Vice Governor Jose Ma. Zubiri, Jr. (who’s running for Bukidnon governor this May 2013) and re-electionist Bukidnon Third District Congressman Joey Zubiri. All of the Bukidnon mayors and vice mayors were also onstage. What made that Team UNA Bukidnon rally pretty interesting to observe, though, was the fact that the elder Zubiri and Joey are aligned with the Liberal Party. Their local Bukidnon Paglaum Party has formed a political alliance with the Liberal Party.

Here are some of the photos I took that night…straight from the stage. 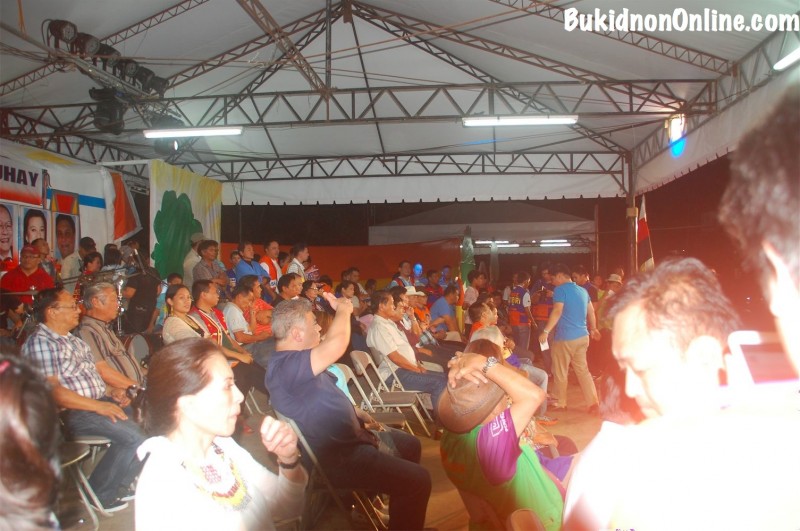 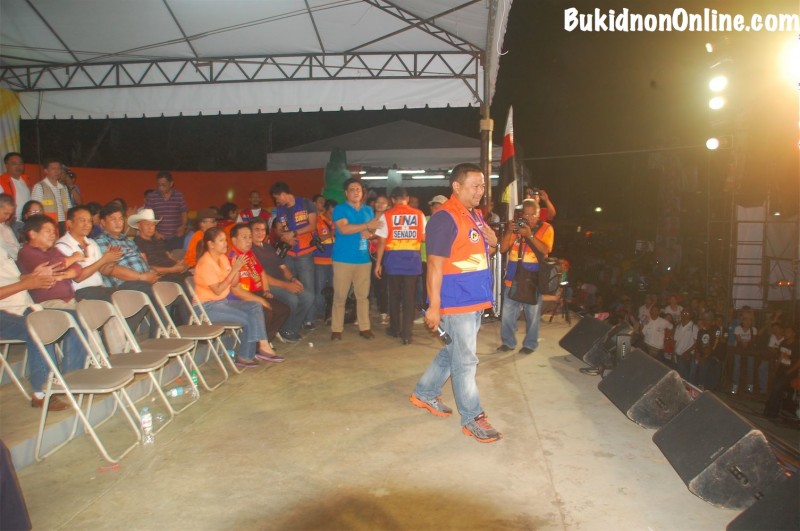