I’m heading to Manila tomorrow and will stay there for about a week. Whenever I’m in Manila, apart from business meetings, attending events and catching up with dear friends, I always see to it that I also allot some of my time watching my favorite musician-friends play.

One of the events I’m eager to catch is the week-long Independence Music Fest 2013 at Tiendesitas Activity Center, Ortigas, Pasig. Together with my friends, I plan to catch the Oktaves (featuring Ely Buendia), K.A. Antonio and Rivermaya (woohoo!) on June 4, 2013 and Freestyle, Paolo Santos (whom I’ve had the chance to work with not too long ago) and my super favorite Jay Durias of South Border on June 5, 2013. Speaking of Jay Durias, this music fest is the only reason why I had to MOVE my Manila trip haha! I was supposed to leave last week but opted to fly on the week of Jay’s gig 😀 That’s how big of a fan and supporter I am!

Will you also be at the Independence Music Fest 2013? Check out the other artists who will play that week: 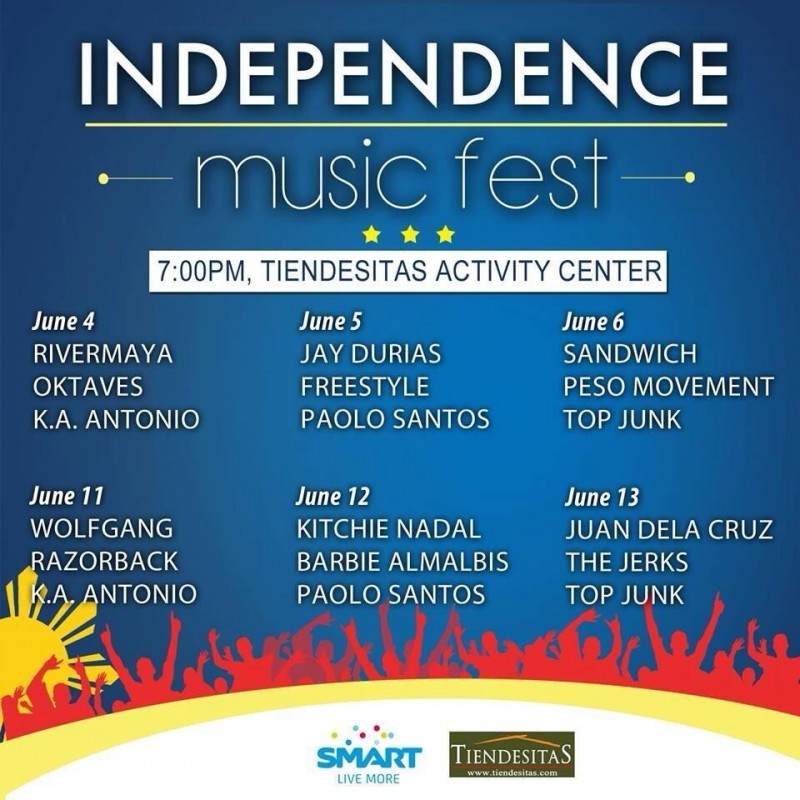 Let me know if you’ll be around. Tweet me at @mindanaoan 🙂

Here’s one of my favorite Jay Durias songs. This one is included in his “Songs I Grew Up With” project album. I wrote an album review here:

Here’s a map of Tiendesitas: