Built in 1395, the Gyeongbukgung Palace in Seoul, South Korea used to be the seat of power. Also known as Gyeongbok Palace, this palace was made during the Joseon Dynasty and is perhaps the most popular among the 5 palaces in Seoul.

Just like what happened when we visited Changdeokgung Palace, we didn’t have to pay for the entrance fee. It was Chuseok Festival time (autumn harvest holiday, Seoul’s biggest holiday) and all entrance fees to palaces were waived. 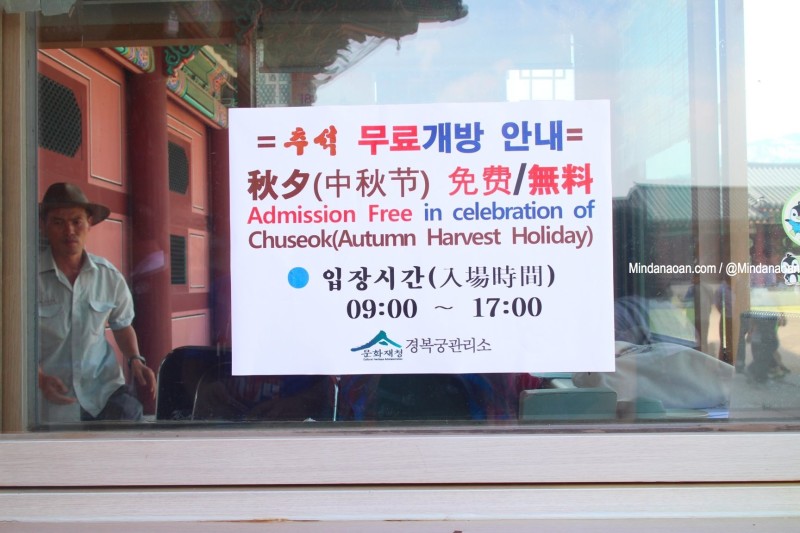 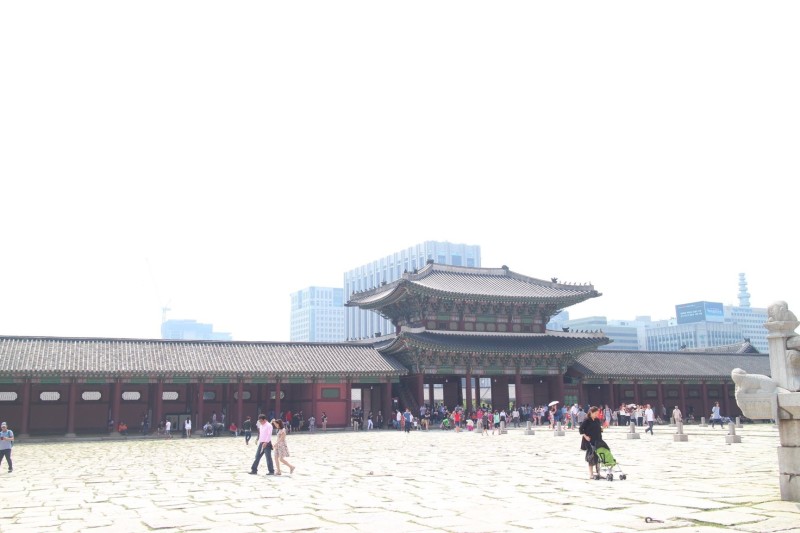 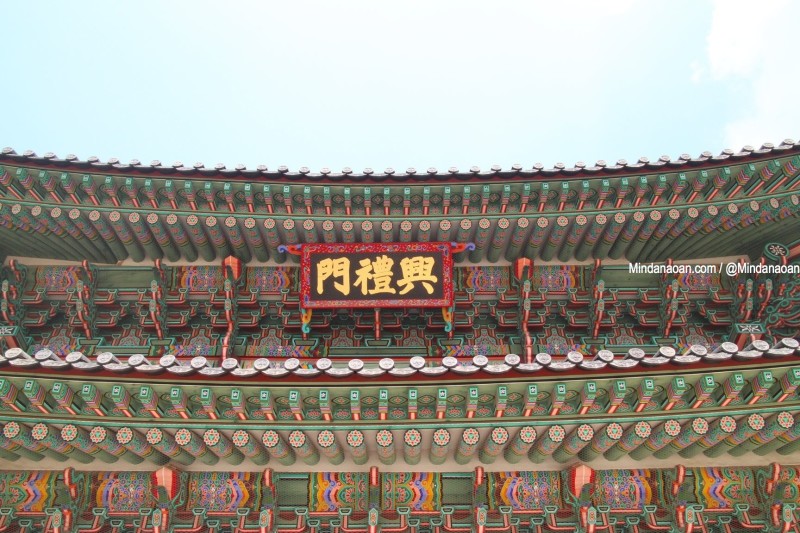 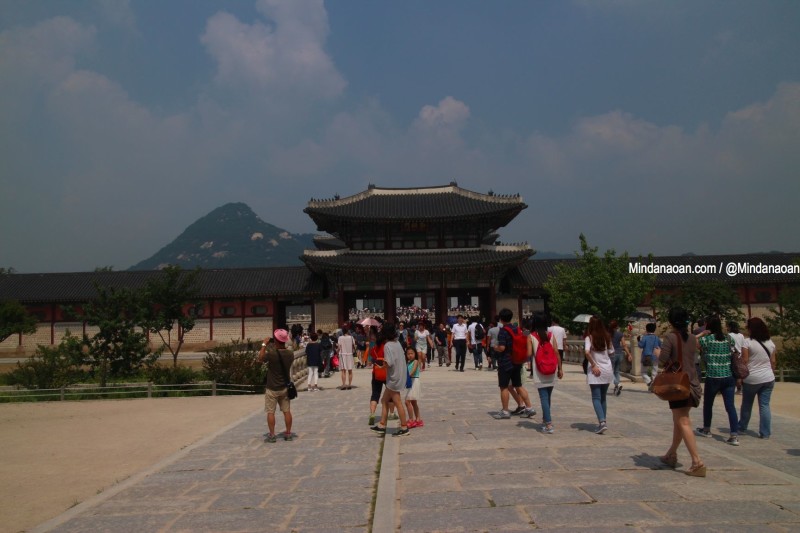 Spotted these little girls in their hanboks. 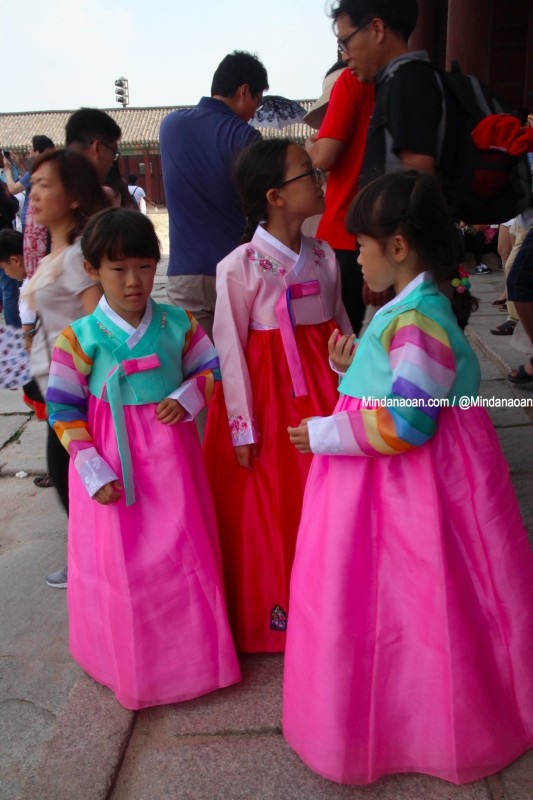 This is the Keunjeong-jeon. This used to be the royal throne hall and as such, top officials then conducted state affairs here. This is Korea’s largest surviving wooden structure. 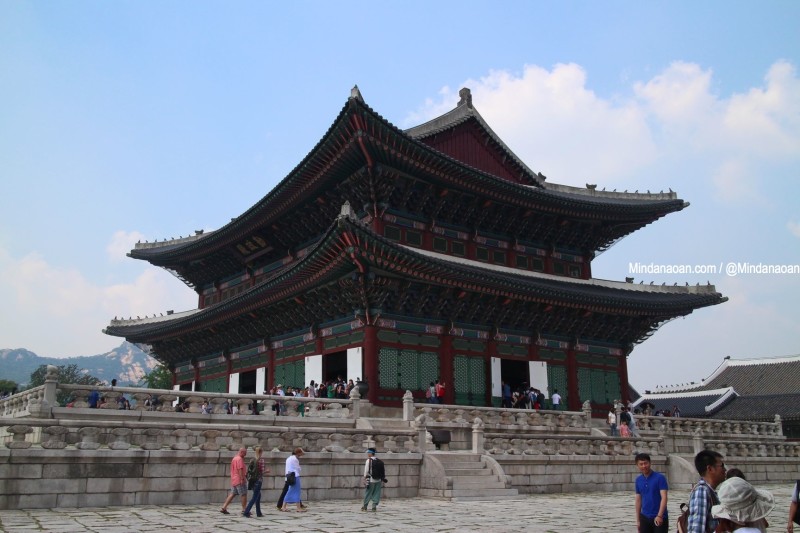 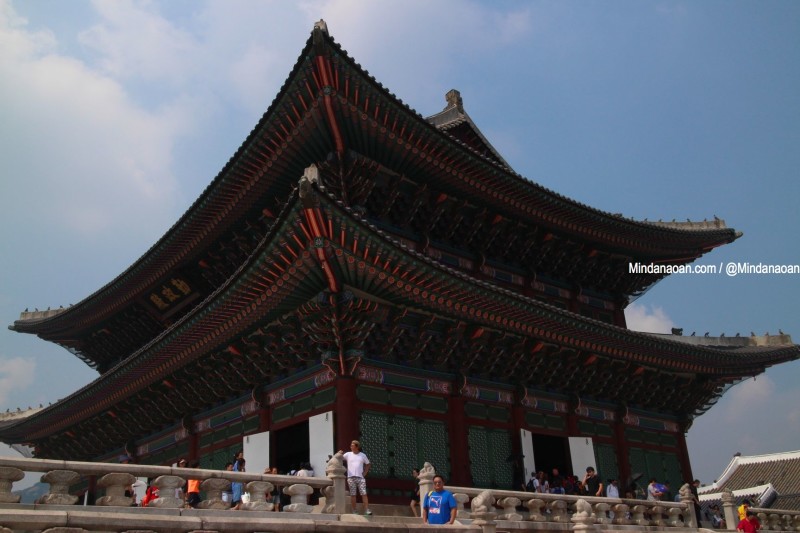 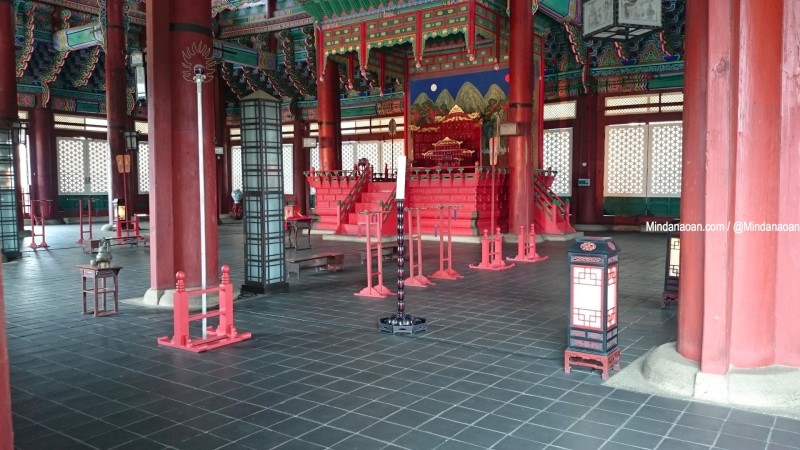 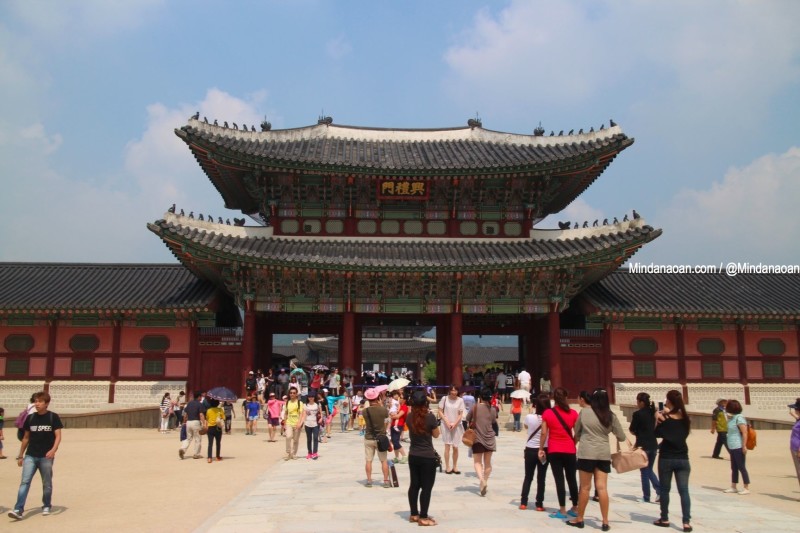 We also caught the changing of the guards ceremony: 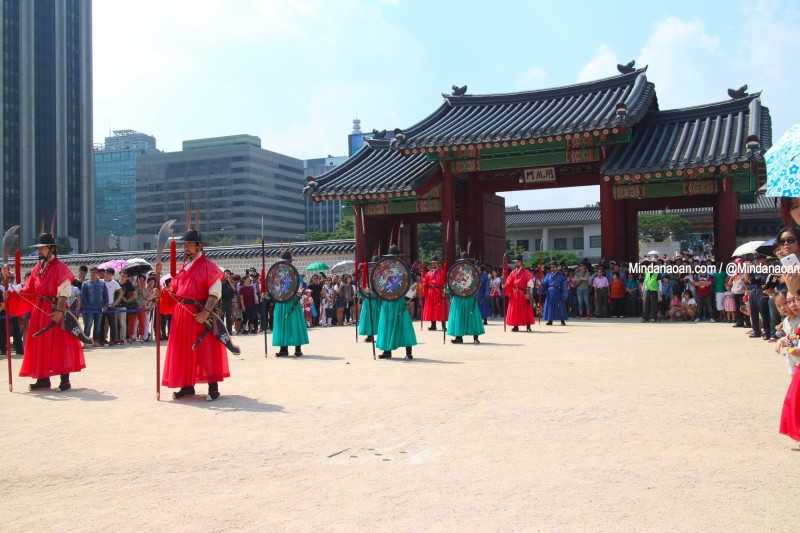 I highly recommend that you watch the changing of guards ceremony at Gyeongbukgung Palace. I also recommend the one at Deoksugung Palace, which we caught on our very first day in Seoul. 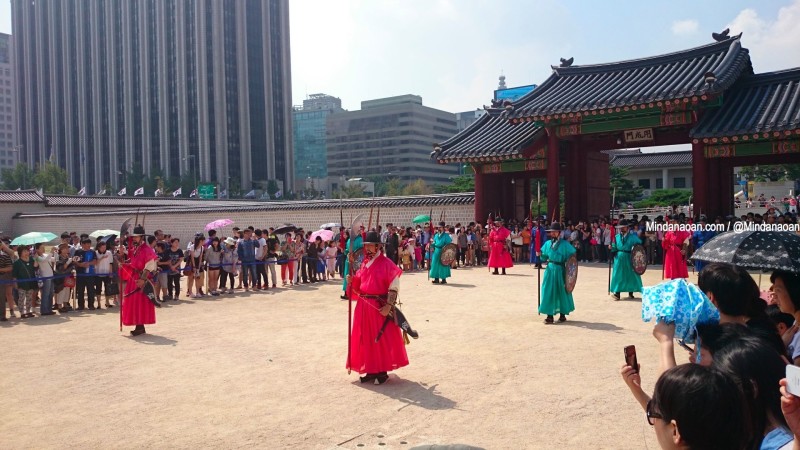 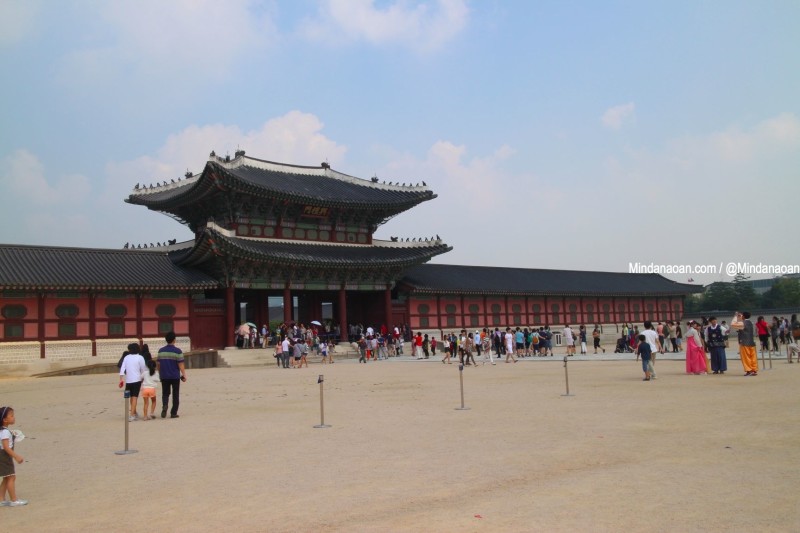 Operating Hours: (note: closed on Tuesdays)
March to October 9 AM – 6 PM
November to February 9 AM – 5 PM

English guided tour: 1:30 PM (we didn’t join the tour since we still had a full day ahead. If you’re keen in joining, though, the tour starts in front of the Gyeongbukgung Information Center inside the Heungnyemun Gate)

How to get to Gyeongbukgung Palace:

Ride the subway! Take Subway Line 3 to Gyeongbokgung Station (yes, there’s a subway station in front of one of the palace’s entrances). Take Exit 5.

More Korea posts (including my trip to North Korea)