I must say, however, that I’m most excited with Globe Live. Globe Live aims to produce, promote and deliver engaging, creative events of international size and quality. Globe will use its wide distribution channels to promote these live events and bring them to the customer wherever he or she may be, no matter which gadget he or she prefers to use for media consumption and given the fact that consumers these days value the ability to personalize their mobile entertainment experience.

And what best way to introduce Globe Live’s wonderful events but via the Tony Award-winning play, “American Idiot.” 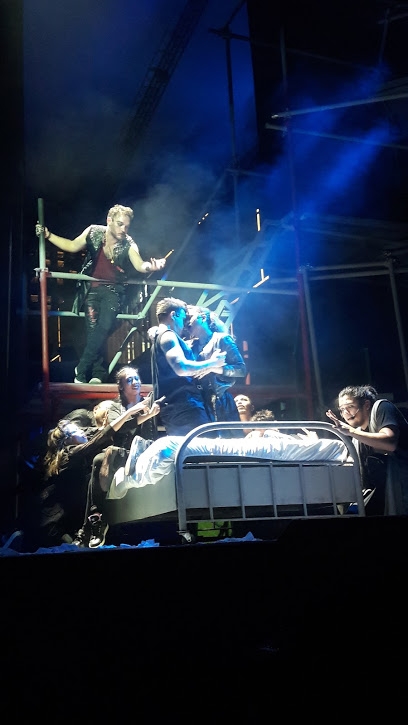 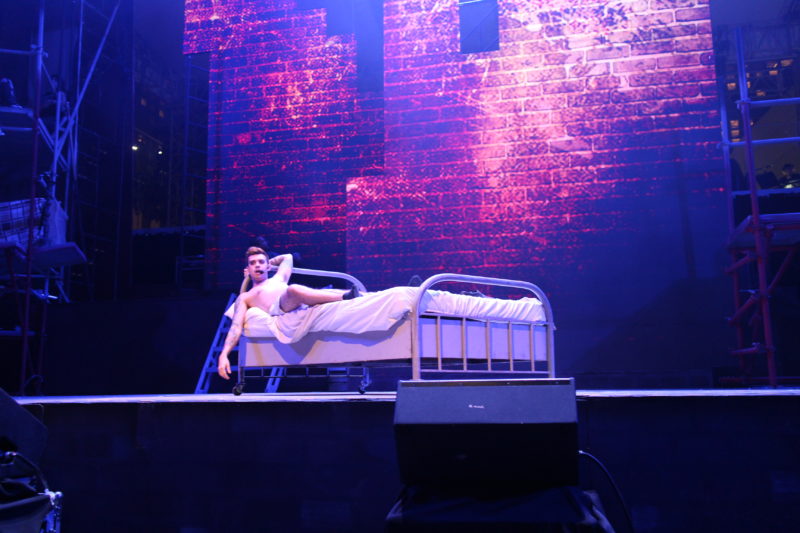 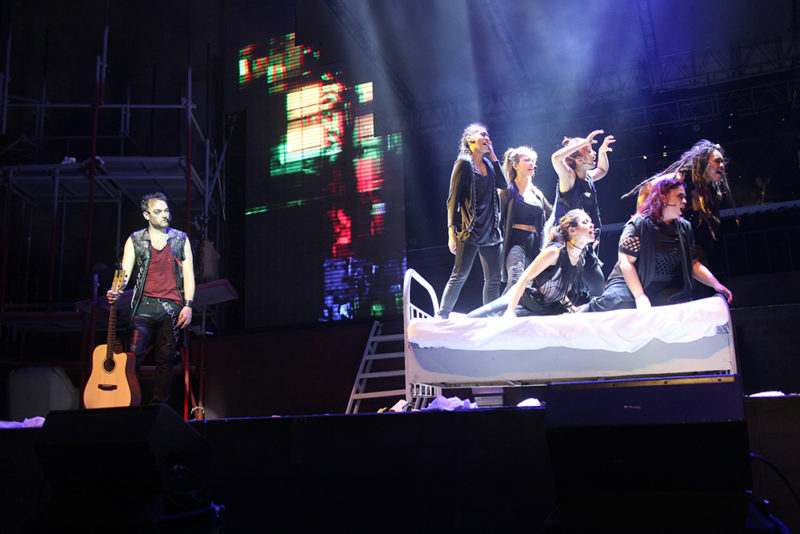 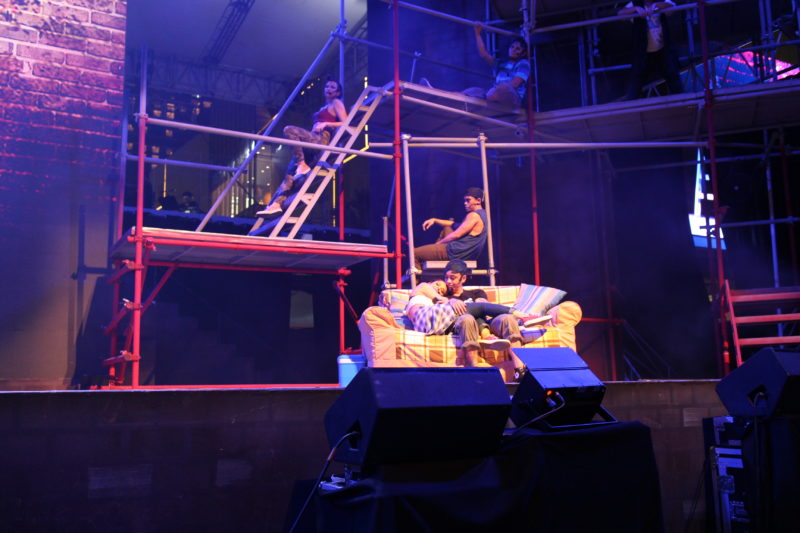 “American Idiot” is a sung-through stage adaptation of punk rock band Green Day’s rock opera of the same name. The story revolves around Johnny, Tunny and Will. The 3 encounter life’s challenges including lost love, war and even drugs. Green Day’s frontman, Billy Joe Armstrong, wrote the book and his band composed the music.

The Manila debut of this play was held last June 24, 2016 at the new Globe Iconic Store in Bonifacio High Street Amphitheater in Bonifacio Global City, Taguig. And I was very lucky to be a part of the inaugural audience – with the BEST seat in the house – front and center! 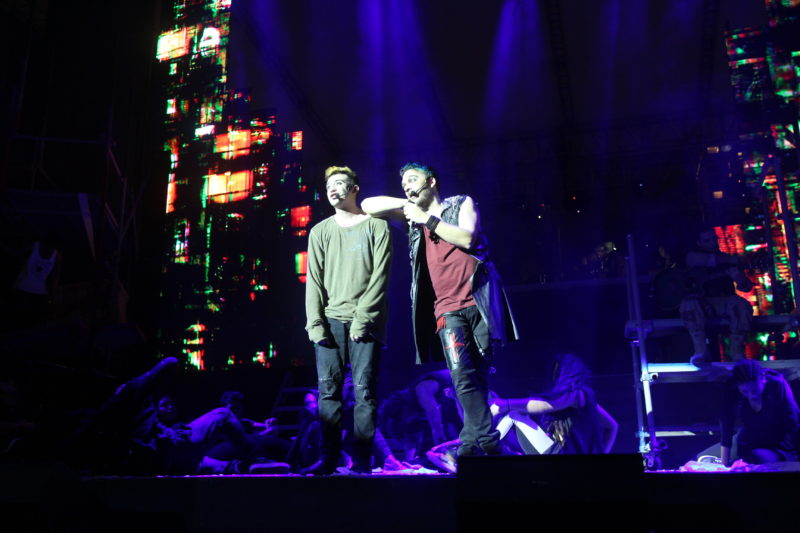 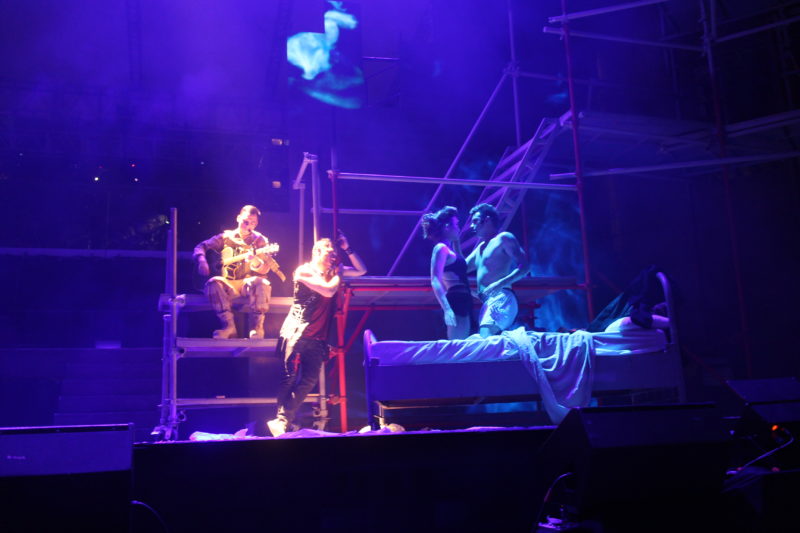 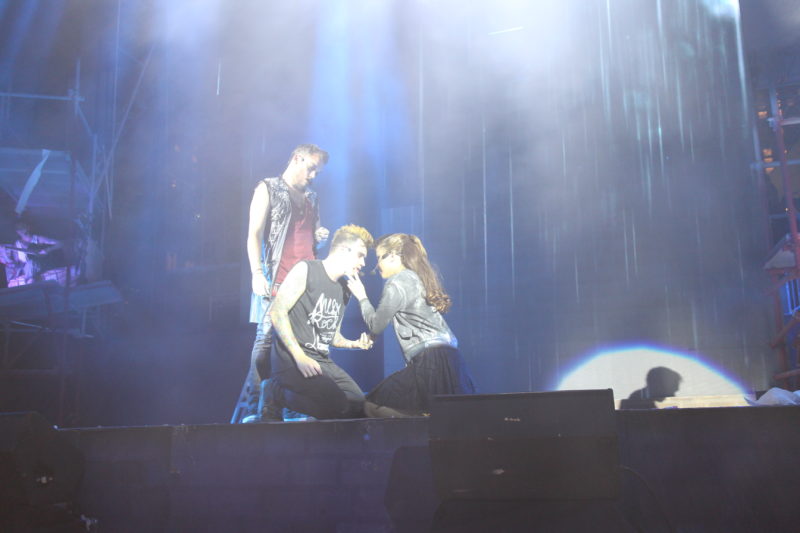 Rockstars turned thespians @norbydavid and @mggykills slay it during #Globe9WTAmericanIdiot opening night! Very proud of you, Norbs! Still not used to the blonde hair, though ? Congratulations! 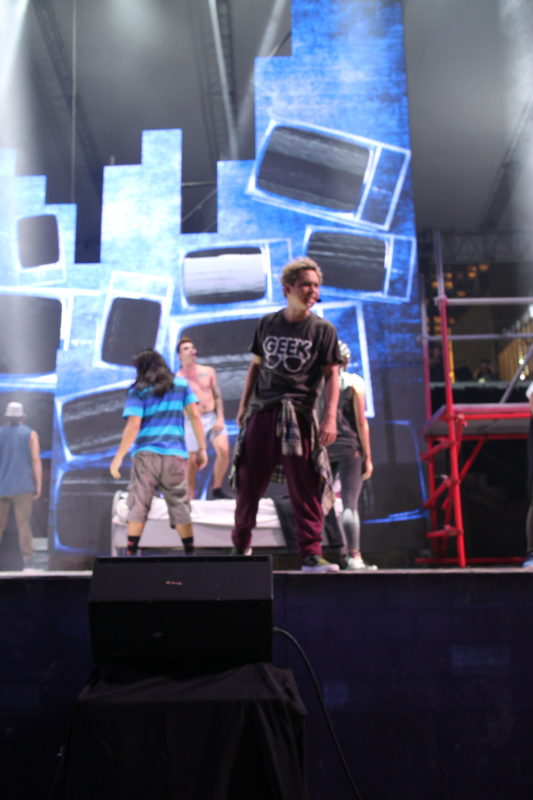 The Manila cast include rockstars-turned-thespians Basti Artadi of Wolfgang (be still, my heart!!!), former Rivermaya vocalists Norby David and Jason Fernandez and Miggy Chavez of Chicosci. The choice to have real rockstars as part of the cast really paid off – the guys delivered! The play was how I expected it to be – raucous, intense, emotional, rowdy and visual candy.

There were times when the entire stage was maximized and a couple of things happened all at once. It was a feast for the eyes and ears. And, yes, Green Day fans will feel their hearts go a-thump-thump. 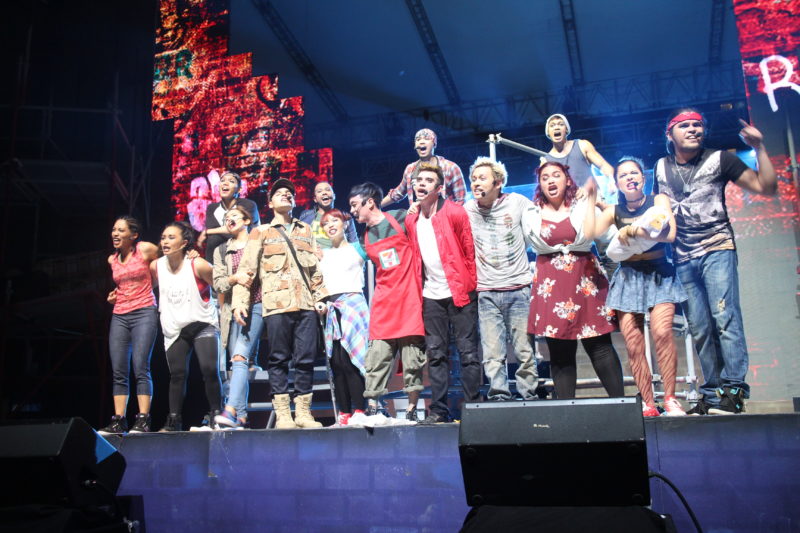 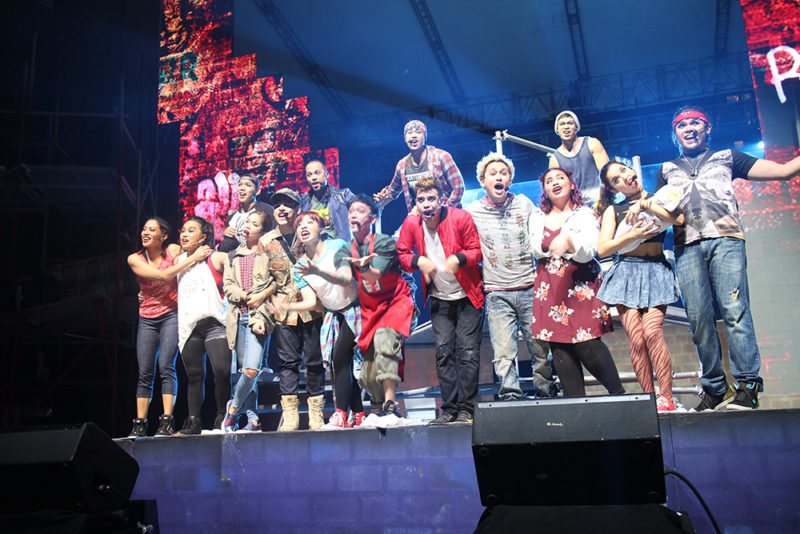 Do catch this play. Two thumbs up! Remaining performances from July 1 – 3 and 8 – 10. Very special thanks to Globe Telecom for flying me to and taking care of me in Manila.