This blog post about Times Square New York is actually several days in the making. I thought I could come up with content for this Times Square NY tour post after just one visit but the truth of the matter is, there’s just too many things to do, see, hear, discover, eat (!!!), smell (???) and film at one of New York City’s super popular tourist attractions. So let’s start with the basics and I’ll update this blog post often with more links, videos, photos and (hopefully) more fun tips for you to help make your New York City trip one for the books.

Times Square, per se, is actually technically not a square in the geometric sense of the word. Instead, what’s called as “The Crossroads of the World” is more of a bowtie shape if you take it from 45th Street (where 7 Av intersects Broadway). The northernmost triangle of Times Square is called “Father Duffy Square.” You can actually see a monument dedicated to Chaplain Francis Duffy, who served in New York City’s U.S. 69th Infantry Regiment.

You can also see a statue of George Cohan plus the famous TKTS booth. It’s a booth where you can buy reduced-priced Broadway tickets! Run by the Theater Development Fund, the TKTS booth is actually also where I bought my discounted Broadway tickets to Miss Saigon. It’s hard to miss the TKTS booth – it’s basically underneath a mighty red, sloped, triangular set of bleacher-like stairs, often used by tourists like me (and you, I guess? 🙂 ) to rest, talk, sit, eat, people watch (my favorite thing to do there) and take photographs and videos.

Times Square NY, which is also known as “The Center of the Universe” and “The Heart of The Great White Way,” does serve as a “town square,” though. There are areas where people can freely sit, gather and just see the world go by. This is also where the annual New Year’s Eve ball drop happens! Of course, this is a major commercial intersection, entertainment center, tourist destination all rolled into one so expect a lot of huge billboards, fastfood chains, restaurants, pizza stores (including the famed 99 cent pizza stores), boutiques, souvenir shops, cosmetics and beauty stores etc etc. Times Square New York is organized chaos.

Anyway, I made a Times Square vlog which I think you’d like to watch. Please watch below (and yes, I included some of the absolutely crazy and fun stuff I saw there!!!) and don’t forget to subscribe to my YouTube channel: http://www.youtube.com/mindanaoan1

Are you visiting New York soon?

The New York City Pass allows you to visit the very best attractions in NYC – all hand-picked and wrapped up in an easy-to-use ticket booklet. Because CityPASS is valid for 9 consecutive days starting with the first day of use, there’s no need to feel rushed. SAVE TIME AND SAVE MONEY!

I used a New York City Pass to go visit the Top of the Rock. Here’s what happened:

Cool, right? Please don’t forget to subscribe to my YouTube channel – where I share a lot of my travels as well as exclusive backstage concert videos, exclusive events and even political rallies 😉 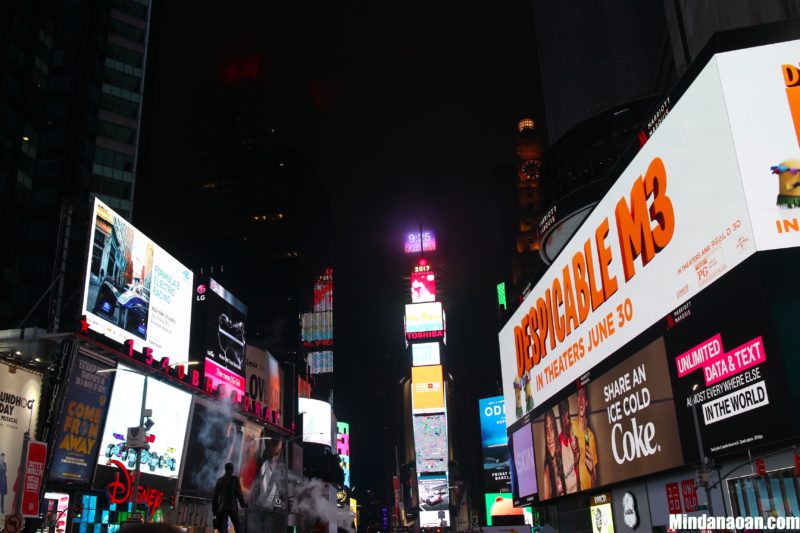 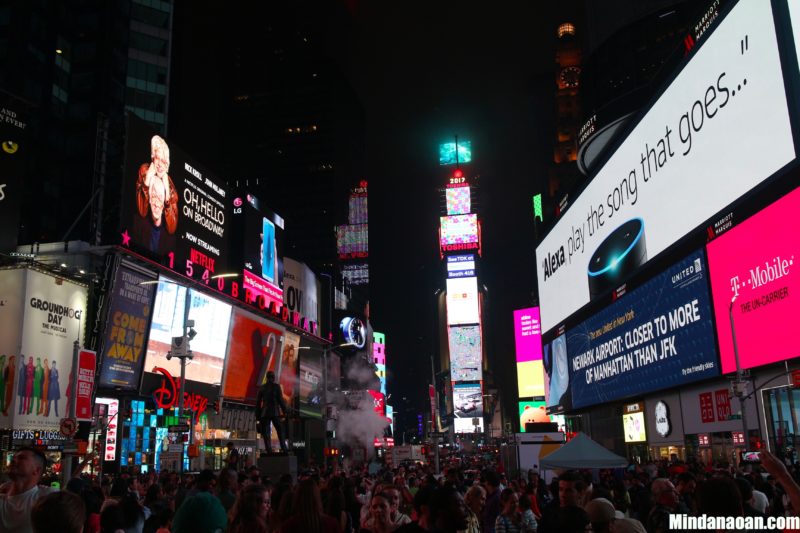 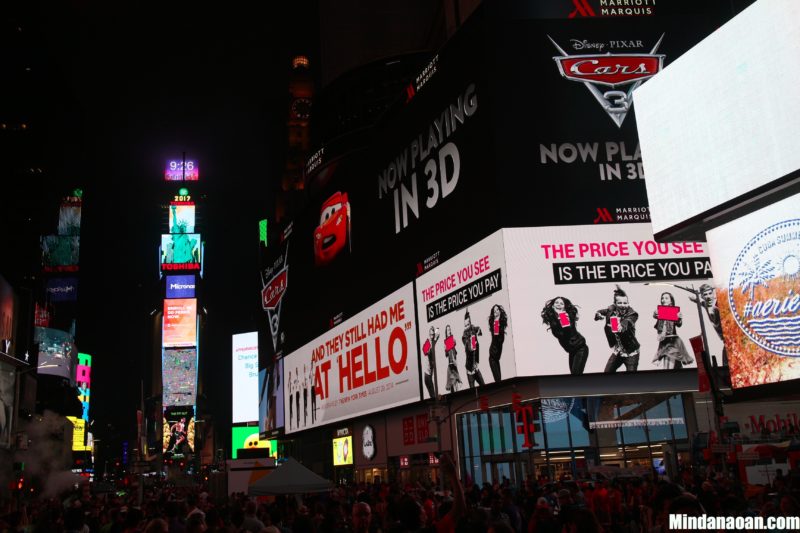 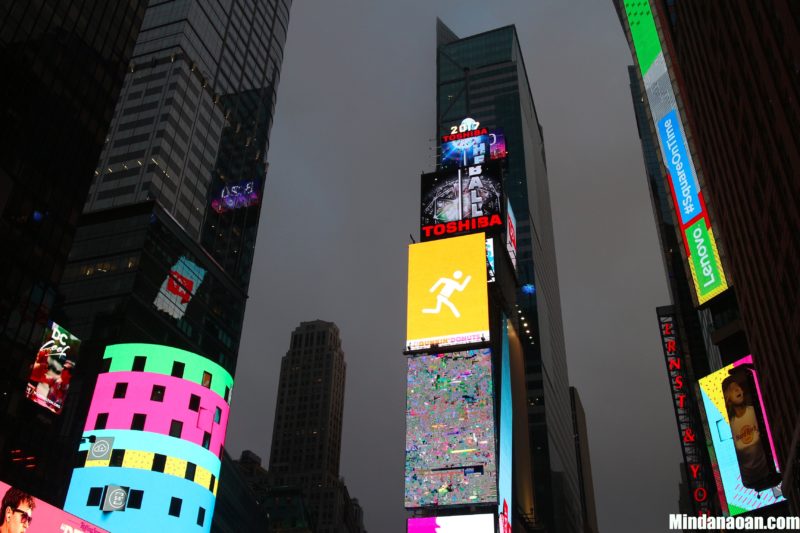