Hollywood has had a long-running, on again-off again relationship with the state of New York. I say that in the sense of plenty of TV shows and movies have been filmed there, but there are also plenty of other locations around the world where television shows and movies have been filmed as well, so Hollywood may stray away from New York for a little while, but it always comes back and has created movies and some of television’s most notable shows that are still relevant today!

There are certain TV shows and movies that immediately come to mind when you think of New York. For example, Seinfeld, Friends, and Sex and the City are big ones that come to mind. Although some of these shows were filmed as early as the late 80s, they can still be seen on television today… that just goes to show you how those shows and movies have worked their way into the hearts of millions. The New York aspect of the movies and shows have a lot to do with it too!

If you are due for a vacation, you need to round up all your friends, co-workers, and family members for a monumental trip to New York! Yes, you all can indulge in shopping and sightseeing, but when it comes to sightseeing, you need to be sure you include a tour of the famous locations seen on TV and in movies!

Being able to visit these famous locations is almost as good as meeting the celebrities themselves! Because this will be a trip to New York, you will want to travel in comfort and convenience so that everyone can easily get around the city, especially when visiting these famous locations! If you’re a TV and movie fanatic, then New York is the place to visit! Check out these famous New York locations where your favorite movies and television shows have made history.

Can you guess what this particular location has been made famous for? The outside of this building was made famous for being the apartment complex in Friends to our beloved characters Monica and Rachel and Chandler and Joey! 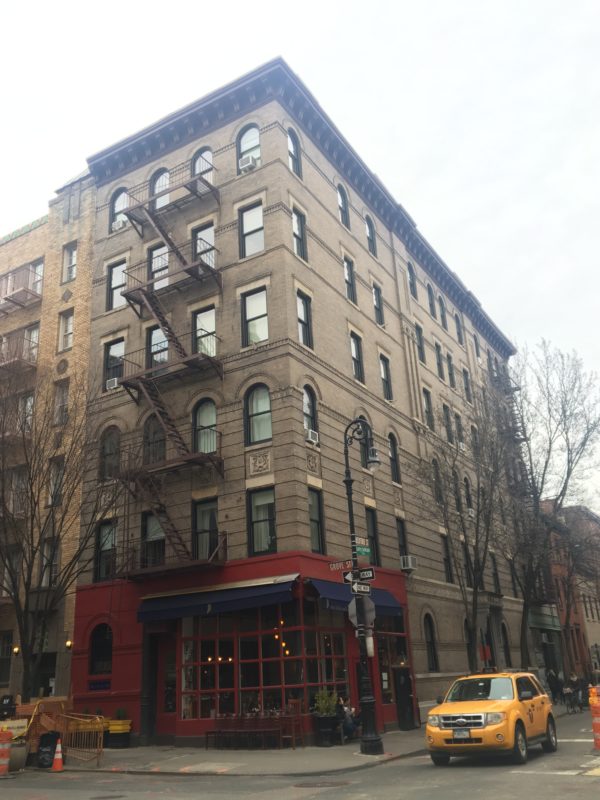 It’s located at the intersection of Bedford and Grove Streets. The popular show was never filmed in the building, nor did the cast of Friends actually step foot inside the famous building. Although the outside of the building was the only part utilized in the show, it’s still pretty epic for you and your friends to actually visit the iconic building!

The Waldorf Astoria will forever be an iconic hotel in films. Located on Park Avenue, the Waldorf Astoria has housed movie stars such as Marilyn Monroe, and President John F. Kennedy and Jackie Kennedy. This luxurious hotel opened in 1931 with 47 stories and over 1,400 rooms. This grand hotel remains to be one of the world’s largest luxury hotels in the world.

Clearly, being a luxury hotel and being a home away from home to various celebrities, the Waldorf is no stranger to the glitz and glam of Hollywood. This hotel has been seen in Week-End at the Waldorf, The Great Gatsby, Coming to America, and the Godfather Part III. So you and your group can get on the set experience a little bit of Hollywood history by taking a glimpse of the Waldorf Astoria!

The famous intro to our favorite show Friends was shot in front of a fountain with the characters playing in the water, having the time of their life! Well, this is actually a trick location. The intro to the show wasn’t actually shot in New York like the show made you think!

Located at the edge of Bryant Park, this peaceful location has seen many celebrities and has been in many movies. Breakfast at Tiffany’s, Ghostbusters, and my favorite, Sex and the City! In Sex and the City, Carrie Bradshaw, a writer, wanted to get married in the location that housed many love letters of great men… ironically, she gets left at the altar by the love of her life, in the historic library!